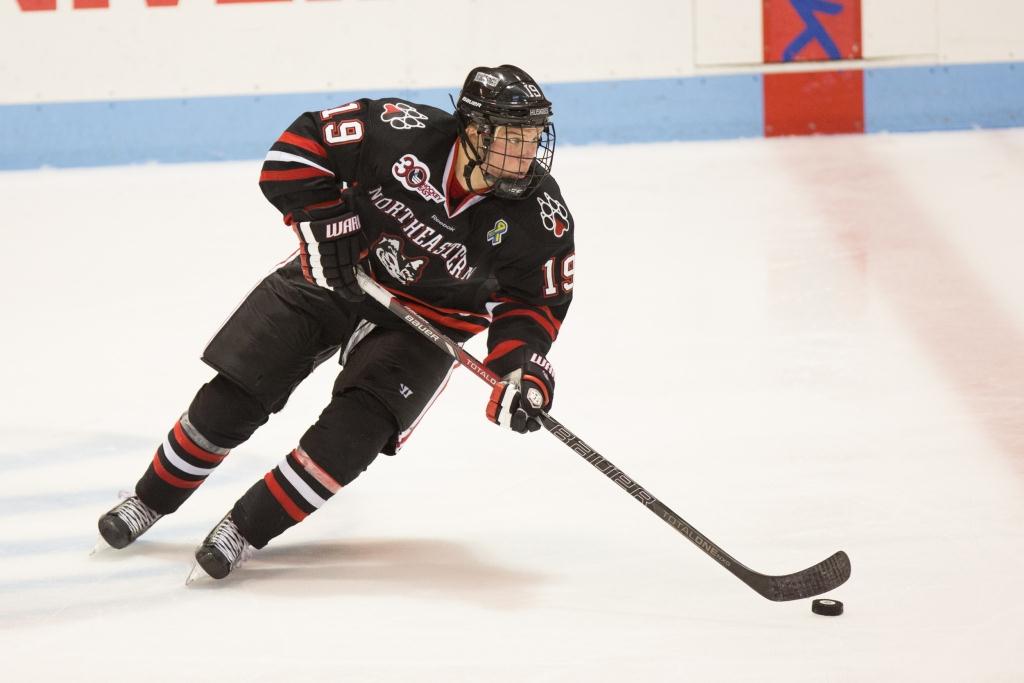 The University of Minnesota men’s hockey team bolstered its offense today, albeit a year from now.

Coach Don Lucia announced the addition of Mike Szmatula to the Gopher roster but his debut will be delayed a year as he sits out the 2015-16 season due to NCAA transfer rules. The Commerce Township, Mich. native will have two season of eligibility remaining when he joins the active roster in 2016-17.

Szmatula (pronounced “smuh-TOO-lah”) arrives at Minnesota after two seasons at Northeastern University where he registered 68 points (28 goals, 40 assists) in 73 career games for the Huskies to finish second and third, respectively, in team scoring in his two seasons. His 15 goals and 39 points over 37 games as a freshman ranked second in the nation in rookie scoring (1.05 points per game) and rookie points (39) earning him 2013-14 Hockey East All-Rookie Team honors.

Szmatula abruptly announced his departure from the Huskies on June 12, 2015 via his Twitter account, saying “it is time for a change” and he is, “excited for a new beginning.” A new beginning the Gophers are more than happy to provide for him.

From the University of Minnesota release:

Prior to Northeastern, Szmatula helped the Dubuque Fighting Saints (USHL) capture the Clark Cup for the second time in three years in 2012-13 while the organization also earned the Anderson Cup (best regular-season record) with a 45-11-8 mark. The Most Valuable Player of the Clark Cup and a USHL First Team All-Star, Szmatula finished fifth overall in USHL regular-season scoring with 76 points while his 37 goals were tied for second in the league. The forward led the Maritime Junior A Hockey League in scoring during the 2011-12 season with 87 points (36 goals, 51 assists) as a member of the Summerside Western Capitals and was named the league’s Most Valuable Player and a First Team All-Star. Szmatula previously skated with the Traverse City North Stars in the North American Hockey League and played high school hockey at St. Mary’s Prep (Michigan).