Not Just Another Bag 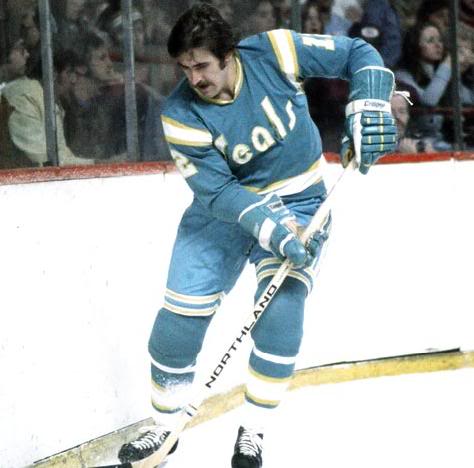 “NOT JUST ANOTHER HOCKEY BAG” 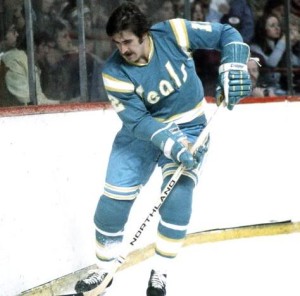 It was a cold winter night in late January of 1964. It was nearing midnight in our two-story home in Taconite, a tiny mining hamlet (pop. 315) on the western end of the Mesabi Iron Range and the snow was piled high outside. It was all quiet except for the sound of the furnace pumping the heat out through the registers, in an effort to combat the -15 below temperatures outside.

The burgeoning Hoey family, which by this time included two girls and six boys (two more boys to come) had went to bed a little later than normal this Friday night. We had a rare treat by having popcorn and pop to share with an overnight guest, a hockey player from Duluth, and even the younger boys stayed up late amid all the excitement.

Youth hockey was just beginning to surge in the early to mid-1960’s throughout Minnesota and Pee Wee and Bantam teams were starting to travel beyond their local area to secure games and play in tournaments. However, traveling for an overnight was still pretty unusual. Taconite, like all the other small communities that made up the Greenway school district, had their own Bantam team. Guys from Coleraine, Calumet, and Cloverdale were our opponents during the regular season despite being schoolmates at the local junior high school in Bovey during the day.

For the latter half of the season, the top players from each “town” team practiced as a so-called “All-Star” team occasionally and then played in sporadic competitions against teams from close-by rivals Grand Rapids and Hibbing and even Virginia and Eveleth. In those days, almost all Bantams were seventh and eighth-graders as the top freshmen players played on the B-team for the Greenway Raiders.

As I recall, we had about 15 guys on our team and five were from Taconite (eight-grader Bill “Cotton” Guyer and four of us seventh-graders, including my cousins Bobby Lawson and Mike Troumbly, and neighbor Eugene Gustason). We were coached by Cotton’s dad, “Cotta”, who worked part-time for the railroad and part-time as our postmaster.

The Greenway Bantam All-Star team was hosting a four-team tournament on this Friday and Saturday and we were hosting the team from Duluth, a renowned program called Lower Chester from the Port City. We didn’t play the Duluth club that Friday night but we would the next day. Cotta Guyer matched us up with the players from Lower Chester, many of whom would be future adversaries playing for mighty Duluth Cathedral – Mike Randolph, Fred Paul, Steve “Pokey” Trachsel, et al. We watched them manhandle the team from Hibbing prior to our game and they were good, real good, and we would play them the next day.

Our guest Butch was much bigger than me, which wasn’t saying much, and looked like he had been shaving for a few years already. We had thrown our bags into the back seat of our red,three-seater Ford station wagon outside the West Range Arena in Coleraine and took the short three-mile ride home. We got home and Butch was immediately swallowed up with attention from several youngsters in their pajamas, whether he wanted it or not. He was a bit overwhelmed but seemingly amused with all the focus on him. I took his bag and mine into the basement.

I set out my equipment to dry and then grabbed his bag to spread out his gear when I stopped in my tracks. Butch’s bag, now seen in full light, was colorful and impressive. In a split-second, it was clear this wasn’t an ordinary bag. It was red, white and blue and it also displayed the letters…USA. Wow! Then it dawned on me. Butch’s last name was Williams. Wow! I was surrounded by fame and glory. His older brother, Tommy, was the youngest player on the 1960 U.S.A. Olympic team that won the gold medal at Squaw Valley. Just as this was all sinking in, Dad hollered down for me to bring up some pop and join everybody upstairs.

I hustled upstairs with some pop (a real luxury in those days) and settled into the living room as Butch was being bombarded with questions from all sides. He was a bit nervous but certainly was mature for his age and confident in his hockey heritage. Dad told Butch that his brother Tommy had played some with our senior team, the Taconite Hornets, when he was a teenager and that he knew his father, Rip, who was a hockey icon in Duluth. After an hour or so, Butch and I knew it was time to get some rest for tomorrow’s game. He and I shared one of our four bedrooms upstairs and after some conversation about all things hockey, the lights went out. I wondered what it was going to be like playing against the skilled and powerful kid sleeping next to me on the home ice at the West Range Arena.

My mind was racing with excitement and I knew it would be awhile until I would be sleeping this night. Soon, Butch was asleep. After a half-hour or so, all that could be heard was the strong wind outside on this bitterly cold night. With just enough light from the streetlights outside, I made my way out of the bedroom and down the steps and through the kitchen. I reached for the basement lights and switched them on. Quietly, I headed down the final 12 steps. Shivering in the dimly-lit basement, I sat intently right in front of the bag….the USA bag. For several minutes, I pictured where this bag had been and what it all entailed.

Almost exactly three years earlier, our family had watched CBS broadcast the Winter Olympics on television for the first time and we watched the USA win the gold medal in a big surprise at Squaw Valley. Of course, we cheered for the Minnesota guys the most – John Mayasich from Eveleth, the Christian brothers from Warroad, and the goalie, Jack McCartan, from St. Paul. However, we were most proud of the youngest kid on team, Tommy Williams, because he had the connection to our local senior team and he was from Duluth.

The big victory in the 1960 Olympics out in California brought hope to a lot of little kids that they could make it on that stage some day. Just a block away lived my mother’s brother, Jim “Slim” Troumbly, who had been the leading scorer for the U.S. in the 1950 international tournament in London. He was an inspiration to all of his nephews growing up and perhaps we would someday follow in his footsteps. As it was, “Slim” turned down a chance to be on the 1952 Olympic team because of his responsibilities with his new construction company he founded with his brothers. It was a different era, no doubt, when a guy with a guaranteed spot on the USA team spurned an offer to play against the best teams in the world.

All these years later, I don’t recall what happened to our Greenway Bantam team that next day but the memory of that experience with …”The Bag” has never gone away. It was just cloth and a zipper but what an inspiring presence it wrought. As for the Williams’ boys, they did okay. Tommy was the only American to play in the NHL for most of the 1960’s with the Boston Bruins and later played with the North Stars. Butch never played high school hockey but went to Canada, like his older brother, to play juniors. He made it to the big time, too, playing 108 games in the NHL from 1974-76 with the St. Louis Blues and the California Golden Seals. He scored 14 goals and added 35 assists as a sturdy right-winger. Butch, whose first name was Warren, also played in the 1976 Canada Cup for the U.S. and for Team USA in the 1977 world championships.