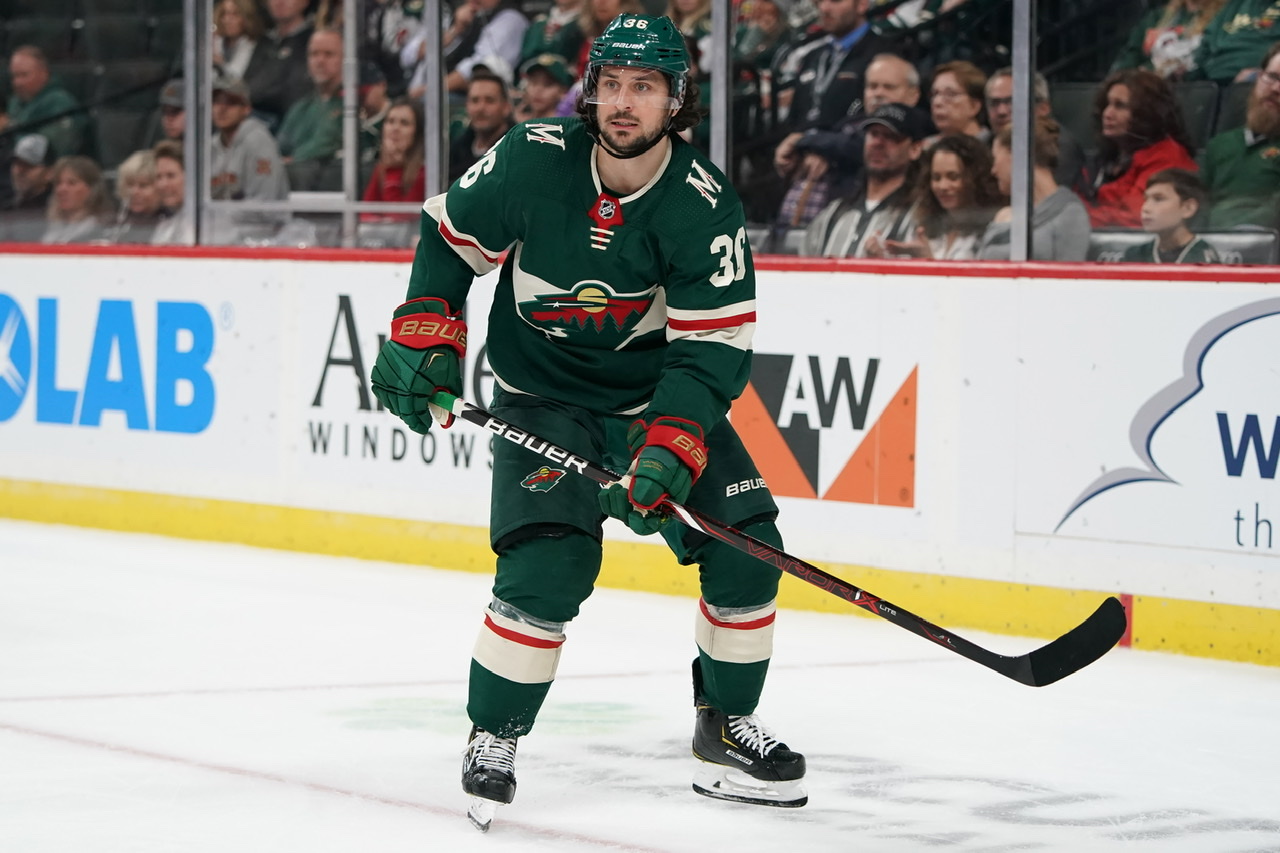 It’s pretty easy to say that the Wild were eager to turn the calendar to November. They finished a road-heavy schedule with just four wins – one on the road – and a start to the season that rivals that of their inaugural season back in 2000-01.

Unfortunately for the Wild, their first game post-Halloween was still a scary affair, even if it wasn’t all of their own doing (see: “Refs, you suck!” chant from the home fans). The Wild lost 4-3 in overtime to St. Louis on Saturday night at Xcel Energy Center, although the Wild did put the puck in the net four times. One of them just didn’t count.

“I thought we were playing well,” said forward Luke Kunin. “Just an unfortunate couple of plays there. Unfortunately, we didn’t get the job done.”

After falling behind 2-1 through the first 20 minutes, the Wild took a 3-2 lead in the second period on goals from Kevin Fiala, his first of the season, and Mats Zuccarello, his second of the season and in as many games.

It looked like the Wild (4-9-1) added a two-goal cushion when Mikko Koivu’s shot hit the back of the net with 5 minutes, 29 seconds left in the second period. But St. Louis challenged the good-goal call and successfully had the goal overturned. Zach Parise was the one in front of the crease deemed to have kept Blues goaltender Jake Allen from doing his job.

“They said his elbow touched his (Allen’s) head, inside the blue,” Boudreau said. “But to me… he was moving into Zach.” 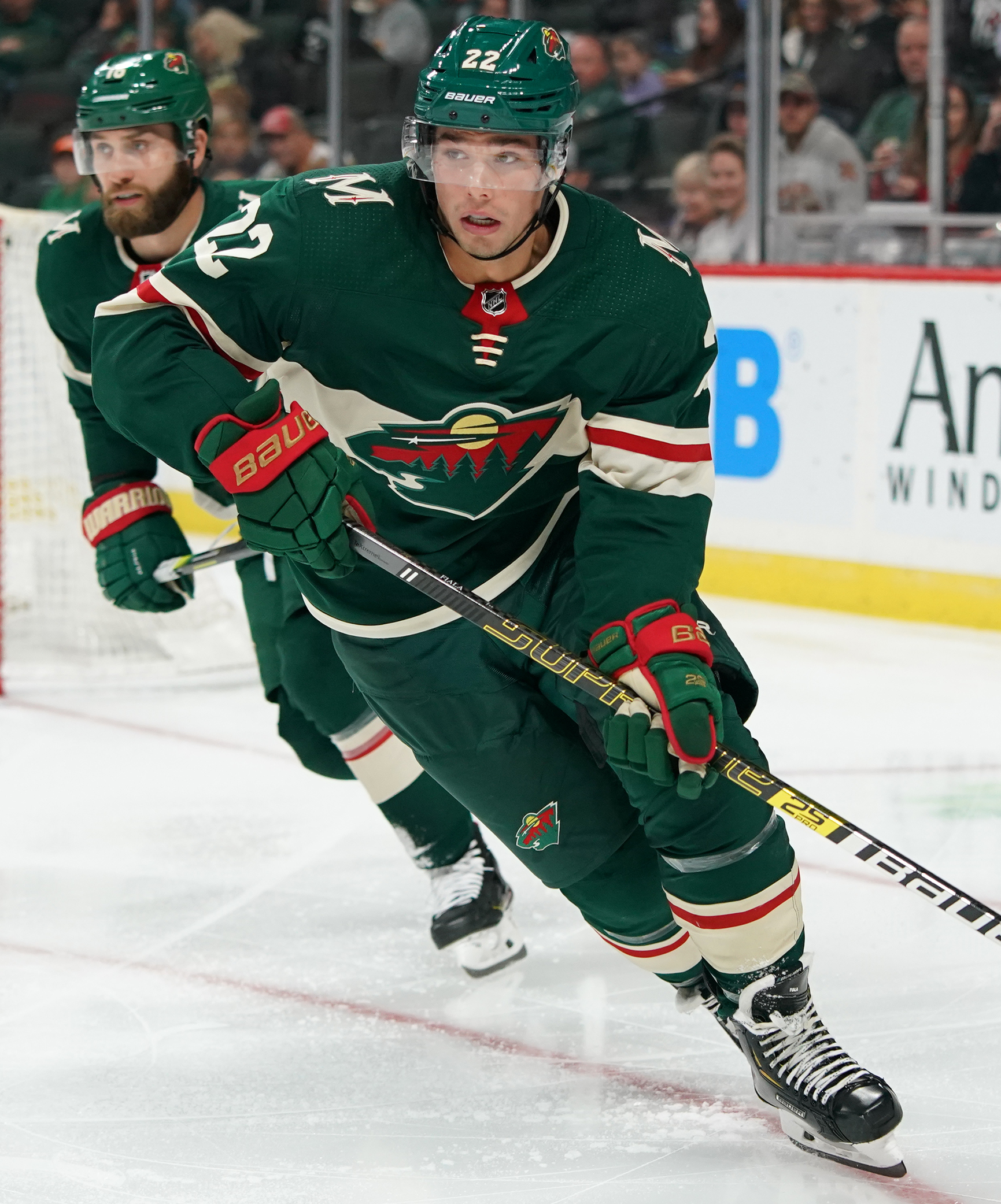 Boudreau bluntly said after the game that “it wasn’t” goaltender interference. Parise said he didn’t agree with the call either, adding that he was a “good foot outside the crease.” Wild goaltender Devan Dubnyk had the most to say about the call, having been on the other side of these things a time or two. He called it a joke.

“You just never know what you’re getting,” Dubnyk said, of the goal reviews. “That’s probably the worst I’ve seen since they brought the review in.”

With just a one-goal lead to cling to, the Wild didn’t generate much the rest of the game. The Blues outshot the Wild 22-13 in the final two periods.

The Blues tied the game at three goals apiece on another questionable sequence. St. Louis’ Sammy Blais blatantly tripped Kunin, who was going for the puck in the Wild’s zone. Play went on but quickly ended when Blais went to the side of the net and scored his fifth of the season with 13:55 left to play in regulation. That earned the Wild a bench minor when Boudreau offered his protests.

In overtime, the Blues took control throughout, ending it with a Ryan O’Reilly goal with 2:27 left to give St. Louis a second victory over the Wild this week. The Blues (9-3-3) defeated the Wild 2-1 in St. Louis on Wednesday.

Losses are still losses, of course, although the Wild does earn a point in that third column for the overtime game. Of the Wild’s 14 games this season, just three have been one-goal games: A 4-3 home victory over Montreal on Oct. 20 and the last two games to the Blues.

While the Wild’s schedule is arguably one of the most unbalanced they’ve had in recent memory, it’s also showed some trends for home versus road games. Yes, the sample sizes are noticeably different. The Wild went 1-8 on the road in October and 3-1 at home before Saturday. The road struggles were real as the Wild were outscored 14-34 in those nine games, giving up four-or-more goals in seven of those nine games.

The Wild faltered in their home opener with a 7-4 showing against Pittsburgh to complete their 0-4 skid to start the season. The Wild were outscored 21-10 overall through those first four contests. Boudreau acknowledged after that game that goal scoring is not going to be this team’s forte; it’s going to be defense.

At home, the Wild seem to have responded well, or at least slightly better, even if it’s just going by the small sample size of games in St. Paul. They have a 4-3 victory over Montreal, a 3-0 shutout of Connor McDavid and the Pacific-Division leading Edmonton Oilers, plus a 5-1 win over the lowly Los Angeles Kings on home ice.

Overall, the Wild have been outscored 33-49 this season, with a glaring margin coming in the third period, allowing 21 goals in the final 20 minutes; and they’ve allowed 19 in the second.

Both Zuccarello and Parise talked after Saturday’s game about needing to generate more chances. The Wild just don’t spend enough time in the offensive zone, according to Parise.

“You can’t rely on one iffy play to win or lose the game,” Parise said.