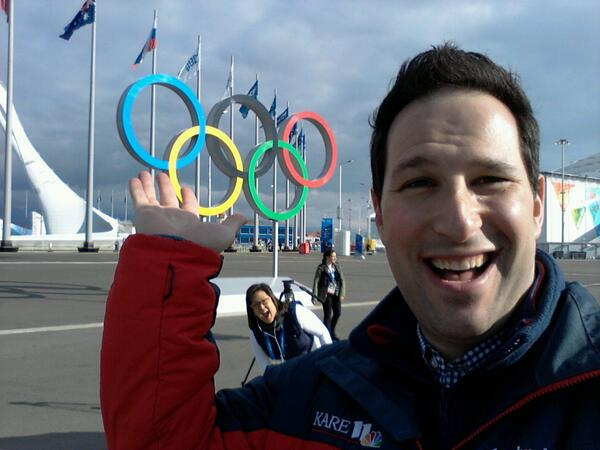 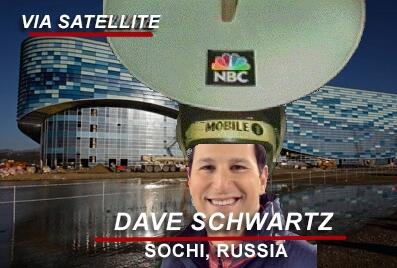 My first week at the Olympics has been incredible. I have met people and athletes that I never thought I would have the chance to talk to. I know that my columns are usually very hockey centric, but I hope for this week you’ll allow me to divert just a bit.

First of all Sochi, Russia is a beautiful place. Please don’t listen to the few loud voices that are trying to downplay this city. Is it messy in spots? Yes. Are there parts of the city that you don’t want to be in at night? Sure. However, that also sounds to me like many cities in America.

I have taken away a few indisputable facts:

1-The Russian people are incredibly proud of their Olympics here. We talked to a college student who was volunteering in the Moscow airport because even though he couldn’t go to Sochi, he wanted to be a part of the games somehow. And helping media members through the airport was his way pitching in.

On my way up to the Mountain Cluster we spoke with a young man who was working security who wanted to make sure that we were enjoying our stay. The point is, Russians are inherently aware that this Olympics will make or break how they are viewed by the world in the immediate future and they are taking it very seriously.

2- The weather is AMAZING. Please stop complaining that this is not a place for the Winter Games. Yes there are palm trees, green grass and an ocean. Who cares! The venues are gorgeous, they are close and it has been very easy to maneuver around the park.

3- These games are a serious one for both men’s and women’s hockey teams. Talking with members of the men’s team here, while they are having fun, they mean business. They have not forgotten about 2010 (mainly because people refuse to let them) and they are not afraid of playing the Russians on their home turf.

My experience has been amazing and humbling. I’ve never watched Olympic hockey with international fans before and the amount of country pride they feel and let show is fun. But one thing is clear: Americans are outnumbered. Team USA’s first game was in the women’s arena while Russia played in the main (Bolshoy) arena. Alex Ovechkin is on every soda machine in the park and people are already started to buzz about Russia’s chances to win a medal. This is Russia’s home turf and we are just visiting.

But what a visit it has been so far. I have been here for 13 days. Every one of them I have enjoyed and everyone I have felt safe. The biggest challenge so far has been overcoming the language barrier (you can only imagine how to ask “where is the bathroom” without being able to use words – it’s like ‘PG-13’ rated charades).

That aside, I am so looking forward to my final eight days here in Sochi. Especially with the hockey tournament about to heat up.

And if there is one other thing I have learned at the Winter Olympics, it’s that any sport gives anyone a great chance to win.