On The Fly: Blake Wheeler 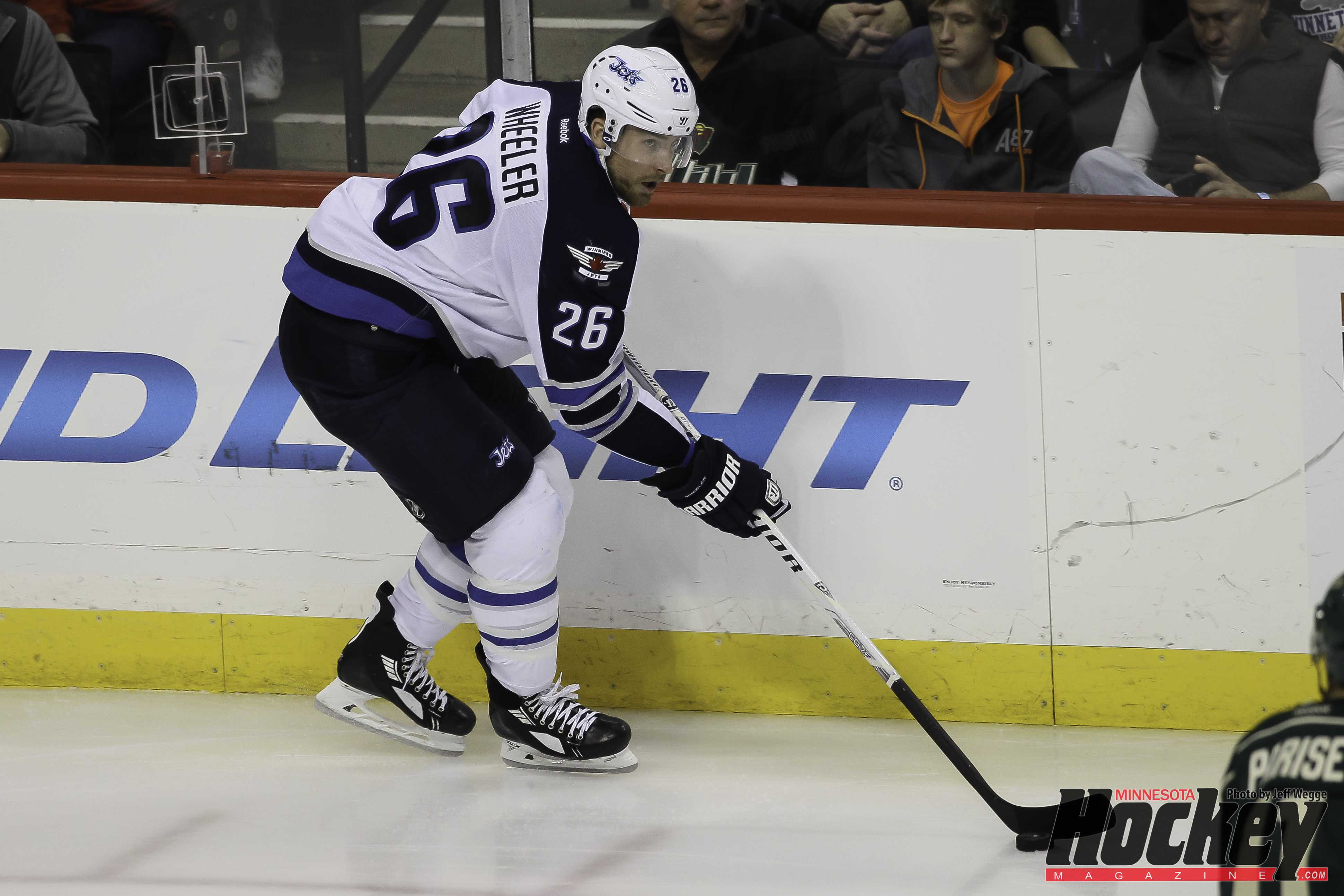 Blake Wheeler has been a household name in Minnesota hockey circles for roughly half his life dating back to his high school days starring for Breck High School. Wheeler posted 100 points (45-55—100) as a junior in leading the Mustangs to the 2004 Class 1A state title with a hat trick in Breck’s 7-2 win over Orono.

The Plymouth native spent his senior season playing for the United States Hockey League’s Green bay Gamblers before embarking on a college career at the University of Minnesota. As a sophomore, Wheeler scored one of the most famous goals in Minnesota hockey history in a 2007 WCHA Final Five championship game win over North Dakota. His diving, sliding shot from his belly in the left circle popped up and over UND goaltender Phillippe Lamoureux at 3:27 of overtime made national news on ESPN’s SportsCenter.

Drafted in the first round (No. 5 overall) by the then Phoenix Coyotes, Wheeler is in his ninth NHL season with the Boston Bruins and the Atlanta Thrasher/Winnipeg Jets organization with more than 600 games and 400 points as a pro under his belt. His play earned him a spot on Team USA’s roster for the recent World Cup of hockey played in Toronto.

On Aug. 31, 2016, Wheeler’s 30th birthday, the Jets named Wheeler the franchise’s second captain (Andrew Ladd) since its move from Atlanta to Winnipeg and its ninth overall.

Wheeler was kind enough to give Minnesota Hockey Magazine a few minutes of his time following Winnipeg’s 4-3 loss to the Minnesota Wild on Oct. 15 at Xcel Energy Center.

Now in your ninth season in the league, do you still get a little extra jump in your step playing where you grew up?

Always, yeah, I have great memories of this building pretty much at every level. It’s been a great place for me, it’s always nice to come back here and see friends and family. It’s always a great atmosphere too.

Speaking of the building, you scored, arguably, the most memorable goal in this place. What immediately comes to mind when you think back to that play?

It’ll be one of the more special moments in my career. Helping the University of Minnesota hang a banner was such a great honor. Whenever I think back on that goal it still gives me goosebumps, it was such a great moment. 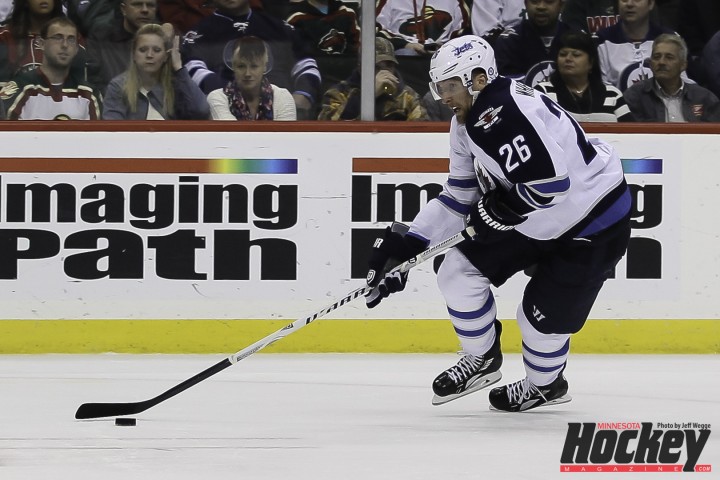 You’ve experienced a lot of success throughout your NHL career but things really took off for you in Winnipeg. What did that change do for you?

Well, you know, everyone kind of matures at different paces. I think around that time I grew up as a person as well as a player. I just kind of came into my own and was given a great opportunity by the Jets to play a lot of minutes, have a big role, a big responsibility, and I was able to make the most of it.

While the 2016 World Cup didn’t turn out the way you would have liked in terms of team success, what did that experience mean to you personally and what did you take away from it?

It was a great honor being selected. They have such a great pool of talent that they can choose from so to get the nod is always an honor.

What does it mean to a kid from Plymouth to be named captain of an NHL team?

It’s tough to really describe it. I think once it’s all said and done I’ll look back on it and pinch myself but I’m just enjoying it right now, I’m enjoying be a leader of a team and we have a great group of guys so it makes it a really fun job.