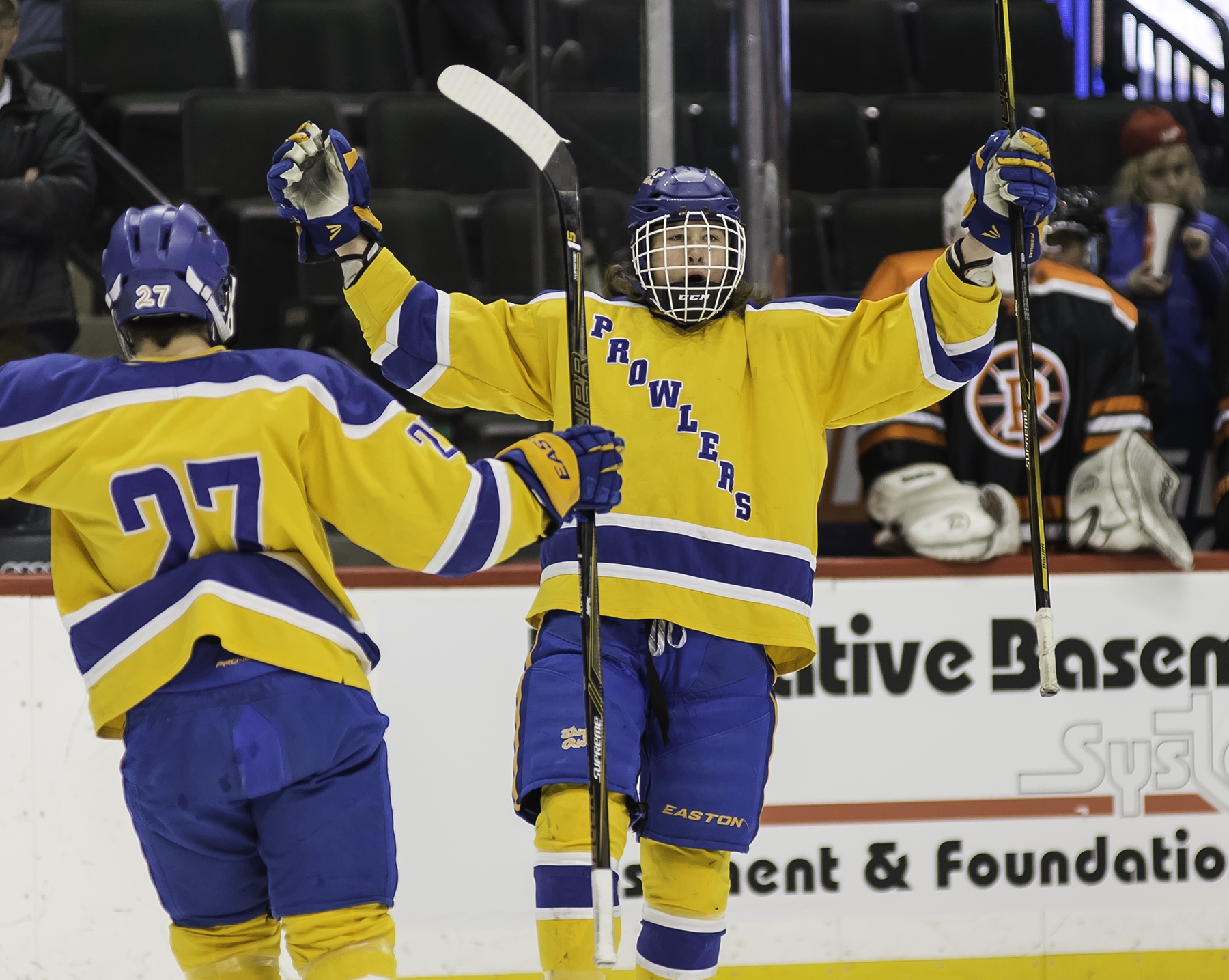 Apparently, not just opposing goalies either.

Johnson netted his 47th, 48th and 49th goals of the season in leading the Prowlers to a 6-1 win over Princeton in the second Class A quarterfinal game of the day in the State Boys Hockey Tournament at Xcel Energy Center.

“In practice, it’s almost kind of scary when you see him coming down to take a shot,” Prowlers goaltender Kade Nelson said. “His speed, his hands and his shot … He’s a heck of a player. He’s going to continue to impress people at this tournament and hopefully us as a team can continue to do that.”

In that regard, job one is done.

The Prowlers overcame a slow start against the upstart Tigers, the champions of Section 5. Nelson made a couple of big saves early to keep the game scoreless before Johnson stole the show with a pair of dazzling goals less than four minutes midway through the first. He finished off the hat trick by capping a 2-on-1 rush chance with a goal at 9:27 of the third period.

“It was key,” Prowlers coach Tim Bergland said. “They got a couple of chances, some pretty decent ones early. If they go in, [it’s] going to give them life. Fortunately, Kade has been solid for us all year. Today was no different.”

“It helps a lot to start playing good early,” Johnson said. “It gives us a little cushion. Then other lines start scoring and it really helps us out.”

Johnson got his season going in a similar fashion. He scored three goals in a season-opening 6-3 win over Roseau and his torrid goal-scoring pace hasn’t tapered. 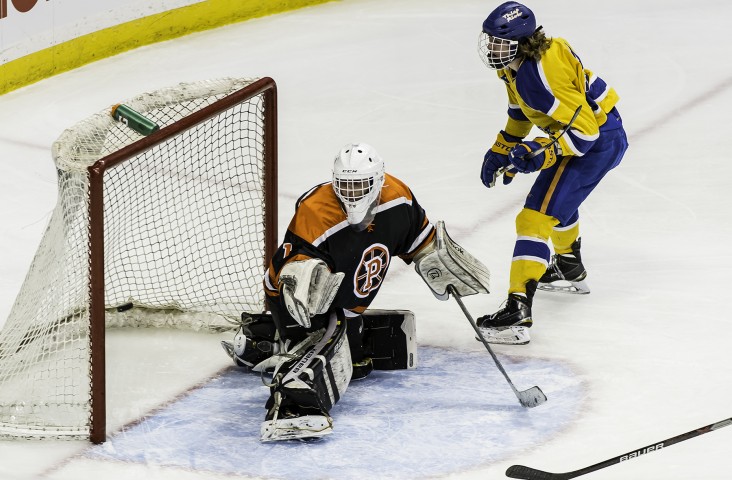 The senior has rewritten the record book at Thief River this season, breaking Jack Erickson’s 65-year old school goal-scoring record during the Section 8 playoffs. Erickson’s previous record of 42 goals was established during the 1950-51 season.

Whomever is maintaining that book better be using pencil because Johnson doesn’t look like he slowing down any time soon.

Johnson has scored at least one goal in 11 consecutive games and has 23 goals during that span. His hat trick on Wednesday was his eighth of the season.

“It keeps you on your toes,” Bergland said. “We’ve seen this since grade 9. He’s such a good skater, strong on his skates. It’s fun to see.”

Perhaps more encouraging for the Prowlers is Johnson’s propensity to show up in big games.

He scored six goals in the Section 8 tournament, including two goals in the championship game against two-time defending Class A state champion, East Grand Forks.

In three games against the Green Wave this season, Johnson scored nine goals. His two goals in the section championship was the first time he didn’t have at least three goals against their Mariucci Conference rivals.

Now, with one hat trick in the tournament already under his belt, Johnson will try and push the Prowlers one step closer to their first state title since 1956.

“I just try to play my game and help the team out as much as I can,” Johnson said.

Added Bergland: “He’s a special player. You wish you had more of them.”

Princeton coach Jeff Hanson said the plan going into the game was to try and score early and ride the momentum. Slowing down Johnson was also a high priority.

The Tigers nearly accomplished the first part of that in the opening minutes. Despite trailing by a pair of goals, Princeton actually outshot Thief River Falls by a 9-7 margin after 17 minutes.

The difference? Johnson was able to finish his chances while the Tigers couldn’t close the deal.

“I think it definitely changes the game. It’s just going to tilt the ice for us a little bit, give us even more energy and maybe put them back on their heels,” Hanson said. “In a situation like that, I think that’s what you have to try and do; just get a fast start, hopefully you get a little puck luck and maybe a call here and there, try to get up on them early and ride that momentum.

“We just couldn’t get one to bounce there for us early.”

The Tigers, playing in their third state tournament and first since going in back-to-back years in 2002 and 2003, will move to the consolation bracket to play Mankato West at Mariucci Arena at 10 a.m. on Thursday.