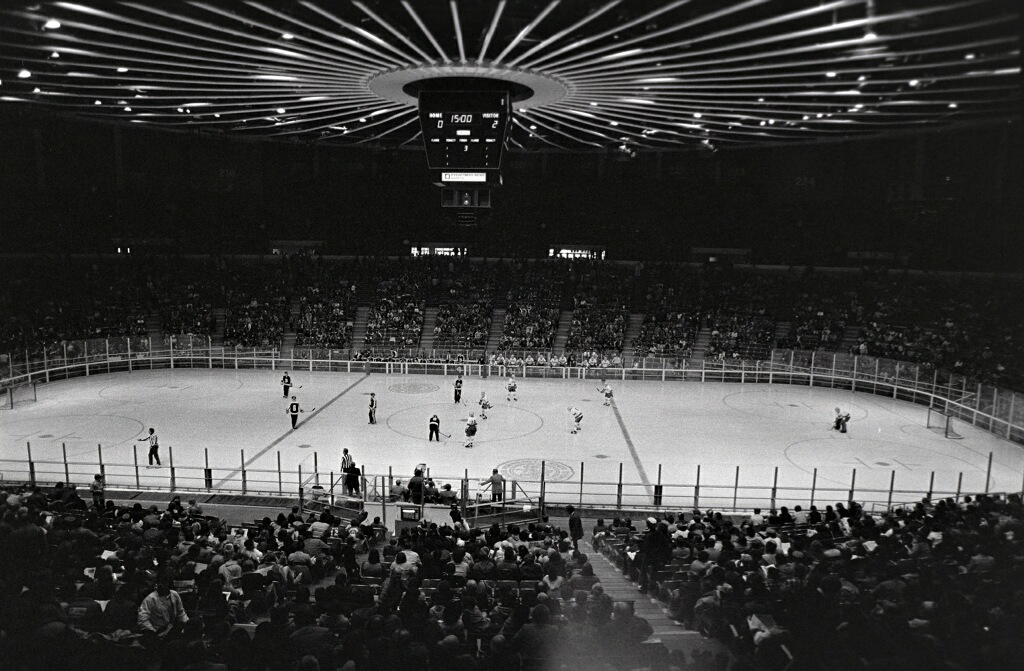 This year’s Boys’ State High School Hockey tournament will mark the 31st since the one class system was eliminated. The first two seasons were played under the Tier I and Tier II format — consider yourself fortunate if you don’t remember it — and starting in 1994 the switch was made to the more sensible Class AA and Class A tournament that exists today.

The key word for us aging folks, or at least many of us, is more sensible. Perfect? Far from it. There never will be a March that will pass without some of us lamenting the demise of the one-class, eight-team, three-day tournament that at one point was such a big event WCCO-TV paid more to televise it than the North Stars got for their entire season of games on a local TV affiliate.

I’ve spent years in print and on airwaves (and now podcasts) expressing my disdain for the two class tournament, but of late I’ve come to realize it goes beyond that. As someone who began following hockey closely in the late 1970s and was addicted to the sport in the following decade, what I really miss is the magic of everything that surrounded those tournaments.

The one class format is only a part of that. The old St. Paul Civic Center had its faults but for three days each March it was a magical place. The key was being able to get into an event that was considered one of the toughest tickets in town. I was 14 in 1984 when my mother finally broke down and agreed that we could at least go to an evening session and try to get tickets.

Bloomington Kennedy beat Burnsville, 4-2, and St. Paul Johnson beat Hill-Murray, 3-2. I was hooked. The telecast only conveyed a portion of the pageantry that went along with a tournament that was so special Sports Illustrated (when it was the most important sports publication around) sent writer E.M. Swift to do a lengthy piece on what the event meant to Minnesota. You also didn’t get that marvelous smell of mini donuts if you weren’t inside the Civic Center.

The tournament likely meant something different to each person who was fortunate enough to attend or watch it at the time. From 1987 through the final one class tournament, I attended every game either as a fan or a statistician based in the truck underneath the arena working for WCCO.

This created multiple memories that went beyond any actual games. 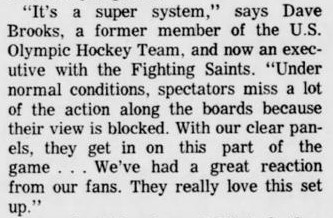 — The clear boards: The tournament returned to St. Paul, and the Civic Center, in 1976 after being played at Met Center in Bloomington starting in 1969. The building, which sits on the same spot as Xcel Energy Center occupies today, featured one of the most unique looks of any hockey arena in the country because it had clear boards. Research has revealed that was the case because the front row seats were set back far enough that it wouldn’t have been possible to lean forward and see the puck. But when you turned on the television and saw those clear boards, you knew you were watching the state tournament. 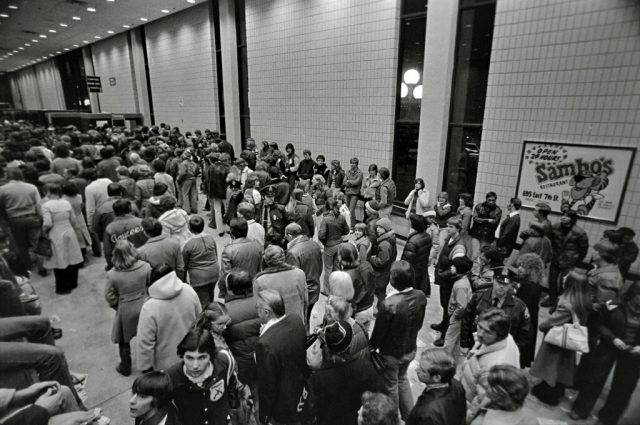 — Standing in line: I don’t recall ever being able to buy tickets in advance, so that meant being willing to stand in a long line in the Civic Center lobby and hope you could get to the window before the remaining tickets were gone. I recall the floor on which you stood was sloped and that the easiest way to get to the line was to come through the underground entrance that was attached to the parking ramp across the street. That ramp still exists — you know the one with levels that are listed as 3 1/2, 4 1/2 and so on — but the underground portion (which I think might have been off level 3 1/2) is long gone. The standing in line portion, of course, could be avoided if you found a ticket scalper willing to make a fair deal. The more teams that were eliminated, the better your chances of getting a ticket cheap.

— The garage door: One of the magical moments before each session was the sound of the mammoth garage door in the Civic Center lobby rolling upward. There was a buzz of excitement as a dash was made toward the likely overwhelmed ticket takers. 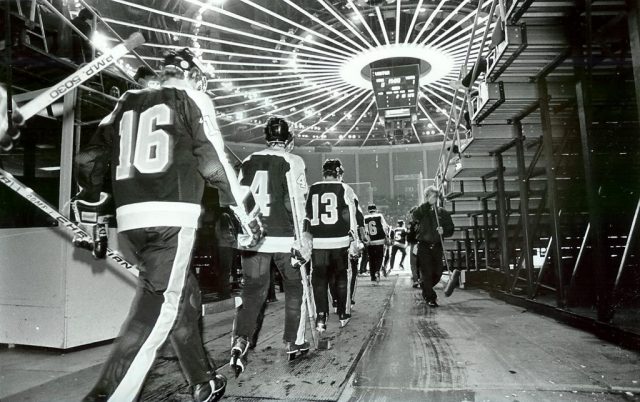 — An interesting style choice: The 1980s had some questionable style choices and hockey wasn’t exempt. There were plenty of high school teams that switched to long hockey pants known as Cooperalls. It didn’t last but teams from Burnsville to Hill-Murray wore them — the Flyers and Whalers of the NHL also used them in the early 1980s — and, just like the clear boards, a photo of the odd-looking equipment brings a smile to many of our faces. At the least, it causes a chuckle. 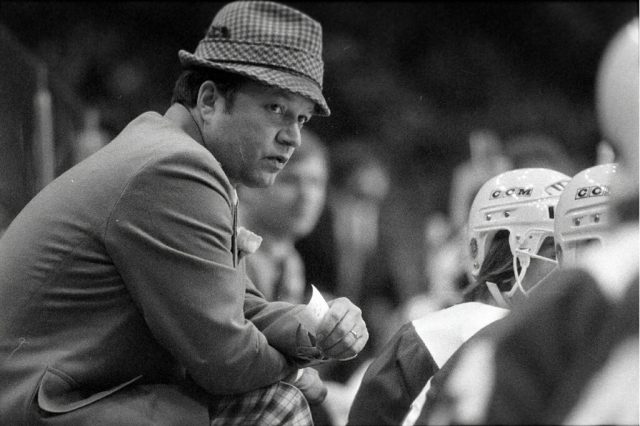 — That houndstooth hat: Growing up in Minnetonka, there was no opponent who was despised as much as the Edina Hornets but that was because they were so good. The Hornets made six appearances in the tournament from 1982 to 1989 and won it in ’82, ’84 and ’88. Standing behind the bench for each championship was legendary coach Willard Ikola, who always wore his houndstooth hat. Ikola was to high school hockey what Bud Grant was to the Vikings. The man commanded respect the moment he walked into the arena.

— Meanwhile in Bloomington: While getting to the Civic Center was the important thing, the Section finals also had plenty of buzz. Played before large crowds at the Met Center, the Saturday afternoon Section 5 and 6 finals (as I recall), served as a doubleheader before the North Stars usually played at home that night. The day of the State Tournament championship game, the North Stars also often played a matinee at the Met.

— The voice of the tournament: You didn’t think I was going to forget about the man who has been seen as Mr. Hockey in Minnesota for many decades did you? Nanne began working on the state tournament coverage in 1964 at the age of 22, and despite considering giving up the role for many years now, we’re fortunate he hasn’t. Nanne’s voice might be more associated with the high school hockey tournament than anything else. It’s the same way Al Shaver’s voice made those from my generation instantly think of the North Stars. The impressive thing was when WCCO-TV got the rights in the 1980s, they paired Nanne with a young play-by-play talent by the name of Chris Cuthbert. Cuthbert, now 64, has been one of the most recognizable NHL voices in Canada for years. 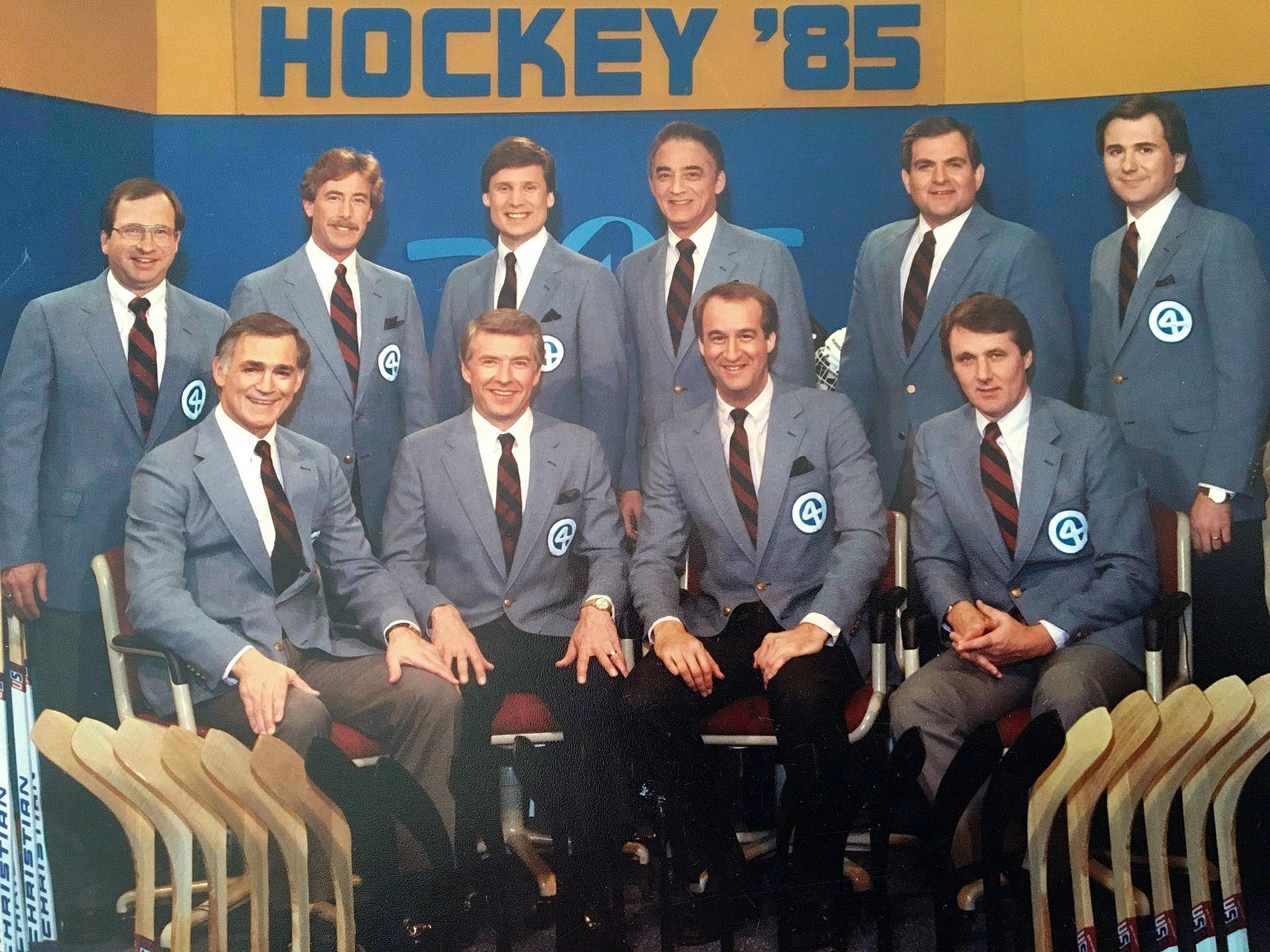