Overtime the Norm For Ia Wild of Late 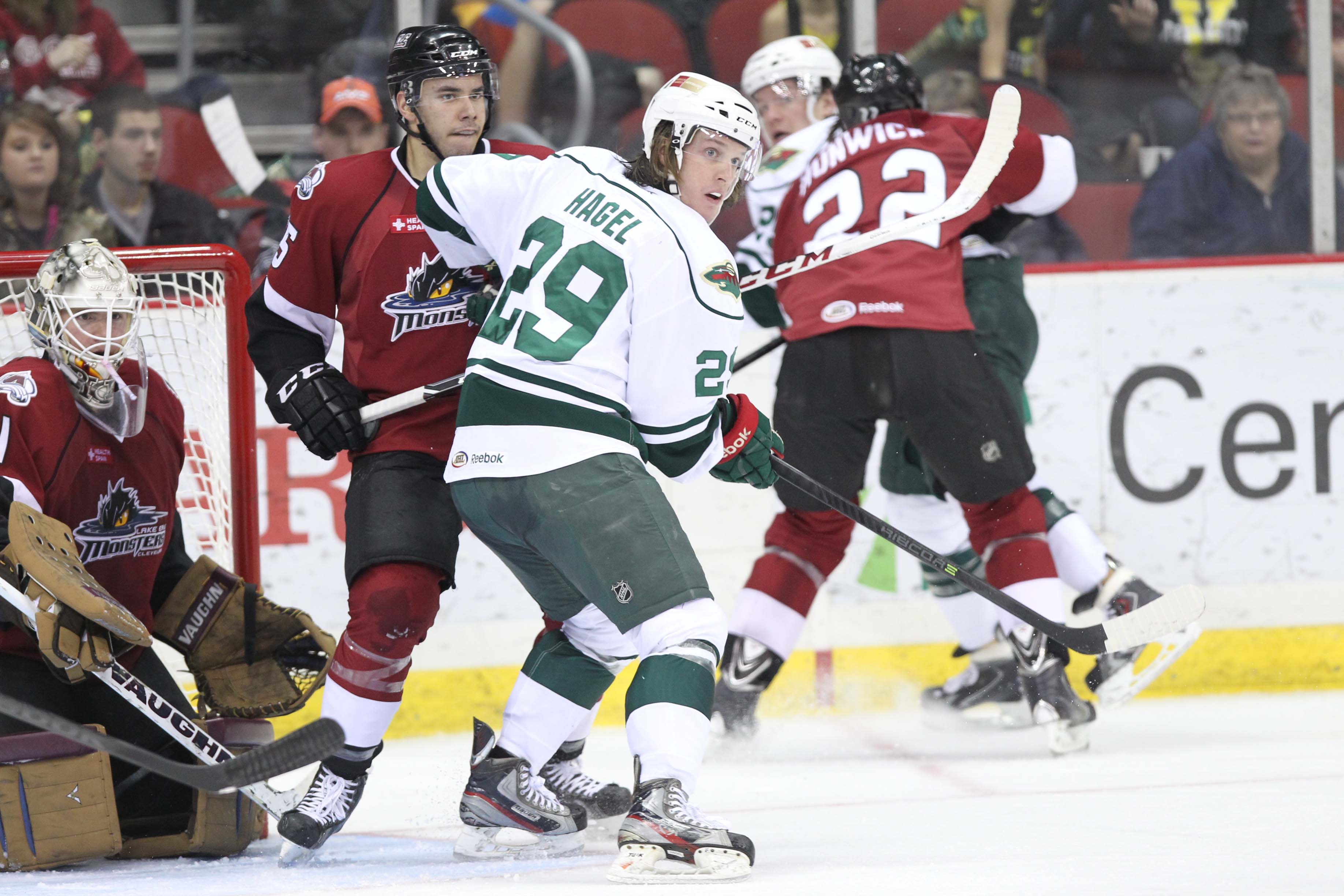 In their last five games the Iowa Wild are 2-0-2-1 and have grabbed seven of their past 10 possible points. In that stretch, however, a game that extends past the first sixty minutes seems to be the expectation as the Wild have gone to at least overtime in five-straight games.

In their most recent game on the road against the Chicago Wolves in Rosemont , Ill. the Wild lost 3-2 in overtime in front of 11,123 Wolves fans. Wild forward Zack Phillips scored his eighth goal of the season with 20 seconds to go in regulation to tie the game 2-2 and force overtime but Wolves forward Ty Rattie with 29 seconds to go in the overtime period to win the game for the Wolves.

In the game before that on Friday, Jan. 30 the Wild fell in overtime at the hands of the Milwaukee Admirals also by a score of 3-2. The Wild were down 2-0 early in the third period but the Wild got goals out of forwards Carson MacMillan and Jim McKenzie to tie the game 2-2.

McKenzie tipped a shot from defenseman Brian Connelly on goal and then put the rebound past Admirals goalie Marek Mazanec 14:42 into the third period before Bryan Rodney scored with 51 seconds to go in overtime to win the game for the Admirals.

After the loss to Milwaukee, Wild coach Kurt Kleinendorst said that they don’t use the fact that they have gone to overtime so much be a crutch for them.

“We’ve got some guys that are logging pretty good minutes but they seem to be handling them well… It’s only going to affect you if you allow it to affect you. If we want to dwell on it, if I want to keep bringing it up, if I want to make it a crutch then the guys will find it and use it as a crutch but we don’t go there. We’re just here, we’re showing up, we’re doing whatever we need to do to get points and I give the guys a lot of credit.”

McKenzie, also after the overtime loss to Milwaukee, said that going to overtime so much can take a toll on them mentally but so much physically.

“I guess mentally, losing those games maybe takes a toll but in terms of physically that’s just an extra five minutes, that’s a few extra shifts, that’s not that big of a deal for guys,” McKenzie said.

On Friday the team announced that forward Marc Hagel has signed a standard AHL player contract for the 2013-14 season. Hagel has been playing on the Wild’s first line with captain Jake Dowell and Warren Peters.

In 20 games for the Wild this season Hagel, a Hamilton, Ontario native, has seven points (4 goals 3 assists).