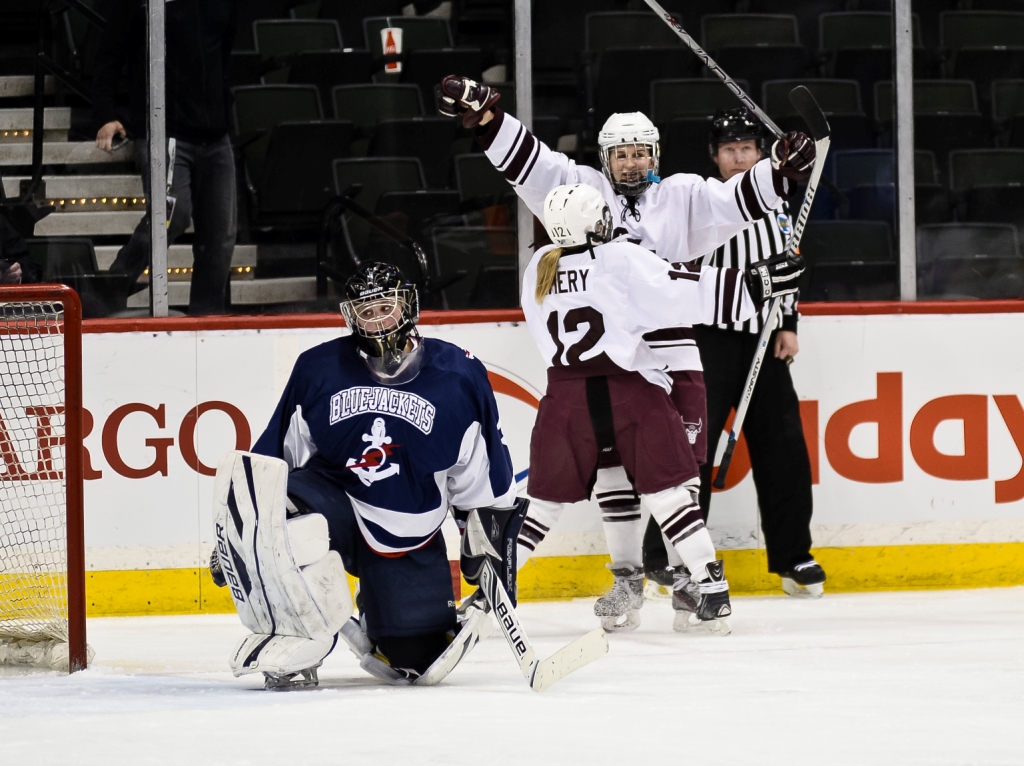 Sarah Fairbanks put the Bluejackets in front with a goal early in the first period. She took a nice pass from Lilly Rewertz and put the puck behind Conley.

The Packers would finish the first period strong however and came out of the locker room with the same momentum. Although down 1-0 they controlled the majority of the final two periods. 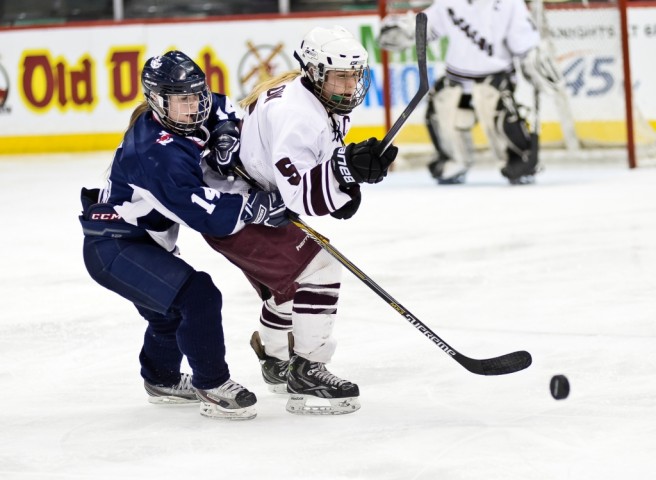 The Packers got their opportunity on the power play and made it count. With over a minute of 5-on-3 power play time, they cashed in twice.  Barlow scored first followed by Abigail Felton from the right dot to give the Packers the lead.

“We got the power play opportunities and we made the most of it,” Packers’ coach Dave Palmquist said.

Conley allowed the early goal, but was outstanding the rest of the way. She stopped three breakaway chances in the second period alone.

Conley stopped 22 shots on the night, but at least a half dozen of them were spectacular. She erased a number of defensive mistakes by her teammates.

“I just do my job and stop one puck at a time,” Conley said. “The first two breakaways I got the benefit of being in the right spot.”

Felton effectively put the game away midway through the final period with her second goal of the game to put the Packers up 4-1. They would add another power play goal by Barlow to finish the scoring and give the Packers a 5-1 victory.