Panic at the Xcel 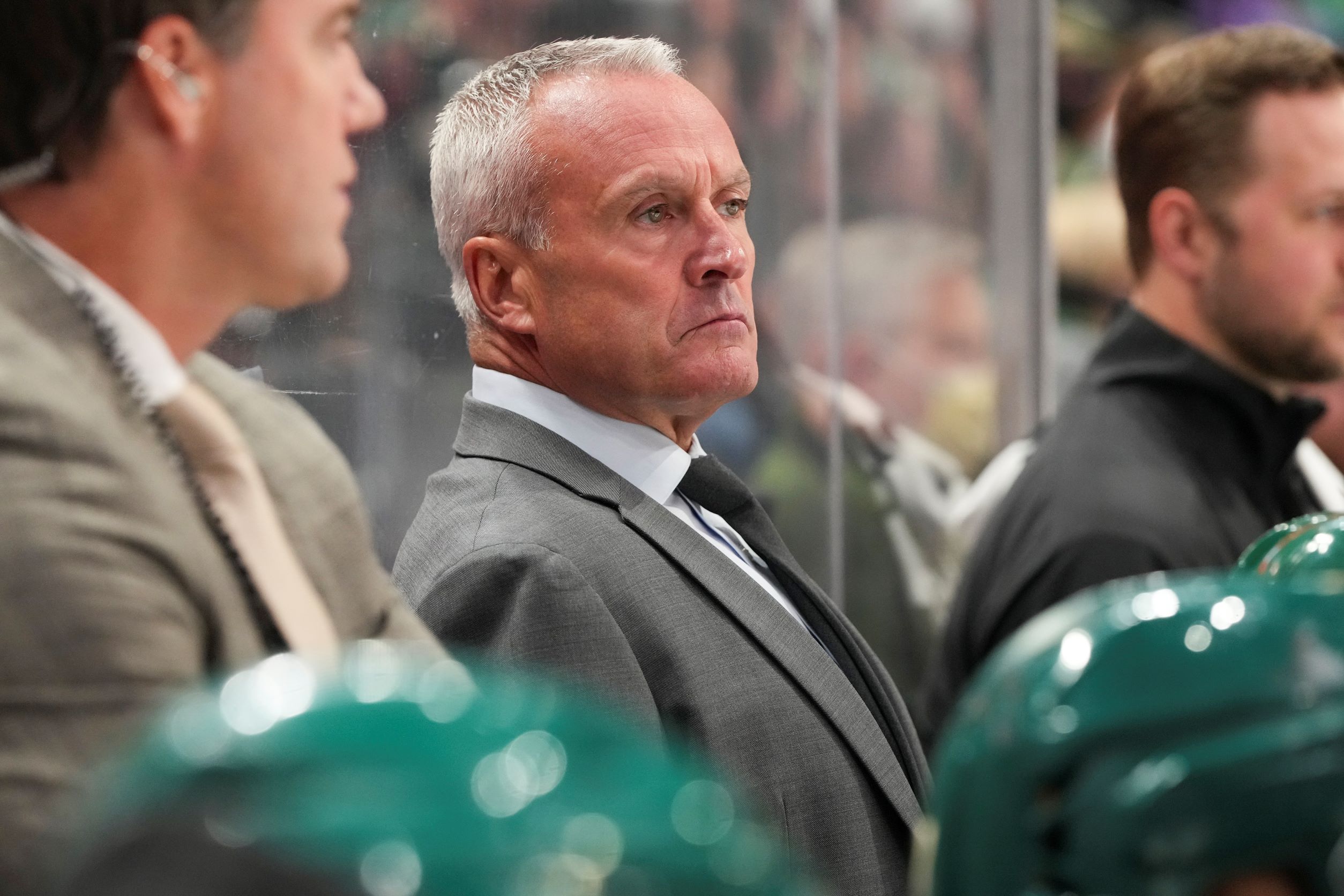 The team's recent slide has made for difficult decisions ahead for Wild coach Dean Evason and GM Bill Guerin ahead of the March 21 trade deadline. (MHm Photo / Rock Olson)

Wild coach Dean Evason seemed remarkably calm Sunday in acknowledging the fragility of his team following a 6-3 loss to Dallas at Xcel Energy Center. The defeat was the Wild’s eighth in the past 10 games and moved the Stars into a tie with Minnesota at 67 points. One point back of both teams, in the final wild card playoff spot in the Western Conference, sit the Nashville Predators.

“That’s the word we use most and that’s what it is,” Evason said in response to the word fragile being attached to his team. “… What we’ve done is praised our group all year for just staying the course and not panicking, but, human nature, we are a fragile group right now.”

If Evason’s words were meant to show that everything will be fine, it didn’t work. The tone in Nico Sturm’s voice reflected a player who is searching for answers, and alternate captain Matt Dumba, back from injury after missing 10 games, had just addressed his teammates in the hopes of finding the right words.

Let me offer one that comes to mind: Panic. 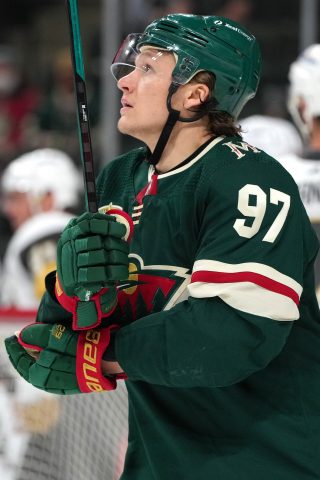 Kirill Kaprizov and his Minnesota Wild teammates are searching everywhere to find their game with their playoff hopes slipping away. (MH Photo / Rick Olson)

The fact Evason acknowledged his team is fragile creates plenty of questions about the Wild as a group. This collection was supposed to be different and played like it was different for an extended time this season. No more Zach Parise, no more Ryan Suter, and none of the others who too often seemed like they had excuses at the ready whenever the Wild hit one of these rough stretches.

General manager Bill Guerin paid big money to jettison Parise and Suter with the feeling that a remade roster would respond in a much different manner when things didn’t go well. Guerin and Evason had to like what they saw early as the Wild sat at 19-6-1 following a victory on Dec. 9 at San Jose. That was followed by a five-game losing streak and then a 10-game point streak that included nine wins.

The Wild’s up-and-down season appeared to become more stable as they went 3-3 over the next six games. But the Wild have won only once since Feb. 22 and that was a come-from-behind victory last week over a terrible Philadelphia club. The Wild’s inconsistency has become alarming and their special teams have been dreadful. In the past seven games, the Wild are 1-for-20 on the power play and have given up 10 power-plays goals on 23 penalty kills.

The hope that once existed for a deep playoff run has been replaced with doubt about this team’s ability to overcome regular-season adversity. The NHL playoffs are nothing but adversity, and yet Evason doesn’t seem all that bothered by his team’s mindset.

“All the good things that we do don’t seem to work out and the bad things become magnified,” said Sturm, who gave the Wild a 1-0 lead in the first period Sunday before Dallas scored the next four goals. “It’s like (we make) a little mistake and it just blows up. That’s just how it feels to me. I said in the first intermission, we can either feel sorry for ourselves, it might go on another three games like this or five games, I don’t know? Maybe next game our luck turns around.

“Dumbs said in the locker room, we just have to take a look in the mirror tonight and ask ourselves if that’s all we’ve got right now, or if we have to change something. Whatever it might be. If you need another hour of sleep everyday or take your vitamins, I don’t know what it is. Like Dumbs said, I like this group and it would be a shame if we keep going like this and we can’t stay together. If we keep going (like this), we all know something is going to happen.”

Sturm was referring to the NHL trade deadline on March 21. It was assumed a few months ago that Guerin might try to acquire a Top Six center. But the way the Wild are now playing, they also could use a big presence on the blue line and the most glaring need appears to be in goal.

Kaapo Kahkonen started for the second consecutive game on Sunday but was lifted in the second period after giving up a soft goal to Jason Robertson to make it 4-1. Veteran Cam Talbot, who also is struggling, finished the game and was sitting on the bench as the Stars scored two late goals into an empty net after Kirill Kaprizov had scored twice with the Wild skating 6-on-5.

Like Dumbs said, I like this group and it would be a shame if we keep going like this and we can’t stay together. — Nico Sturm

Will Guerin still make a move? One would have to think given how this team played earlier in the season he is going to do something to provide a spark. It would be a shame to just give up and let this once promising season go down the drain.

But privately Guerin and Evason have to be baffled by what’s happening. The Wild might not be as good as we thought — the team that had the third-best points percentage in the NHL on Valentine’s Day (.732) is now 13th in the same category (.620) — but Guerin and Evason were known as tough-minded players during their NHL careers and seeing this collection lose all confidence is alarming.

The Wild will play host to the Rangers on Tuesday before heading on a two-game trip and then returning home for nine in a row. That stretch will include Boston, Vegas, Vancouver, Colorado and Pittsburgh. If the Wild hasn’t rediscovered their mojo by that time, they likely won’t be playing any postseason games.

“I don’t want to say we’re panicked or scared to lose, but everybody realizes what’s going on and we’re grasping at something, trying to stop it and it’s not working out right now,” Sturm said. “I don’t really have the answers for you guys. I just know that it’s not for lack of effort.”

If that was meant to sound reassuring, it didn’t do the trick.