Freshman Henry Enebak scores in OT as Lakeville North squeaks past Roseau
and into the state semifinals. 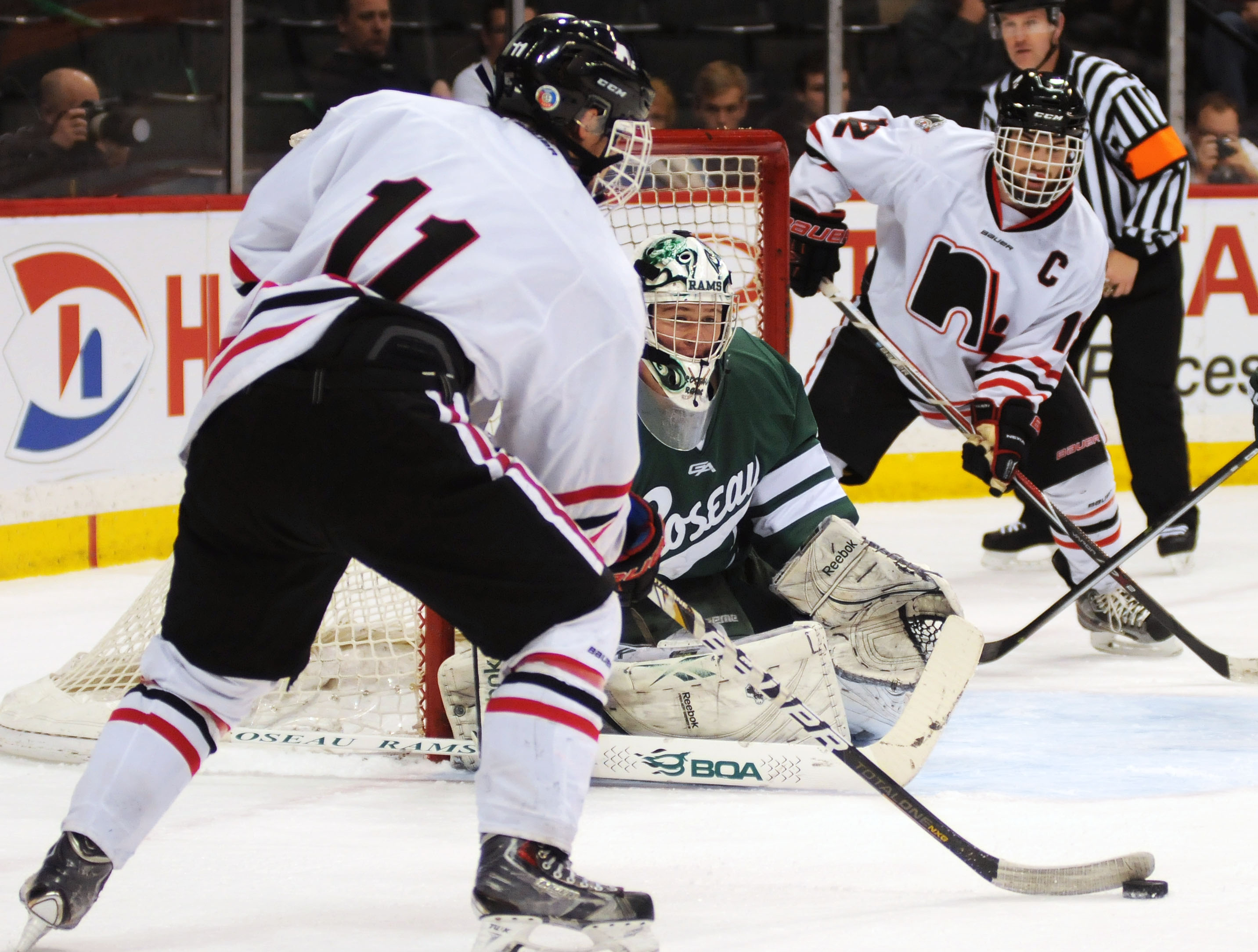 SAINT PAUL—The Minnesota Class AA Boys’ State Tournament couldn’t have gotten off to a better start than an overtime thriller and that’s what the crowd was treated to. Lakeville North and Roseau were tied 1-1 and were even at 30 shots apiece before freshman Henry Enebak scored the game-winning goal 5:08 into in overtime for the Panthers.

“It’s pretty hard to describe, I can’t really put it into words,” Enebak said. “It’s been a fun year and I just got lucky.”

The game was a defensive battle as it was halfway into the second period before Roseau notched the first goal of the game off the stick of Alex Halstengard. But Lakeville North’s Jack Poehling tied the game only 53 seconds later. That would be the only scoring until Enebak’s in overtime.

Lakeville North, the No. 2 seed in the tournament, had its hands full with Roseau through much of the game. The Panthers seemed to control most of the game with long periods of time spent in the offensive zone, but then the Rams would come down and through a flurry of shots on Jake Oettinger.

“People talk about the seedings but at the end of the day you’re down to eight really good hockey teams,” Eigner said. “You’re going to see good hockey games, but to get through this first game is a big step for out hockey program.”

Roseau held their own throughout the game but Ryan Anderson was definitely key early on as the Panthers were creating plenty of turnovers in the Ram zone.

“We needed to survive the first five minutes of that game, and we were real shaky and nervous to start off with,” Roseau coach Andy Lundbohm said. “We got that first T.V. timeout, we sat everybody down and said ‘let’s just play some hockey’ and then I felt we kind of took it to them.”

Lakeville North will play the winner of the second quarterfinal game featuring No. 3 Eden Prairie and Centennial on Friday at 6 P.M. Roseau will of course play the loser of that game on the University of Minnesota campus at Mariucci Arena.