Parise returns but Wild cooks up a turkey

Minnesota sleeps through loss to Jets 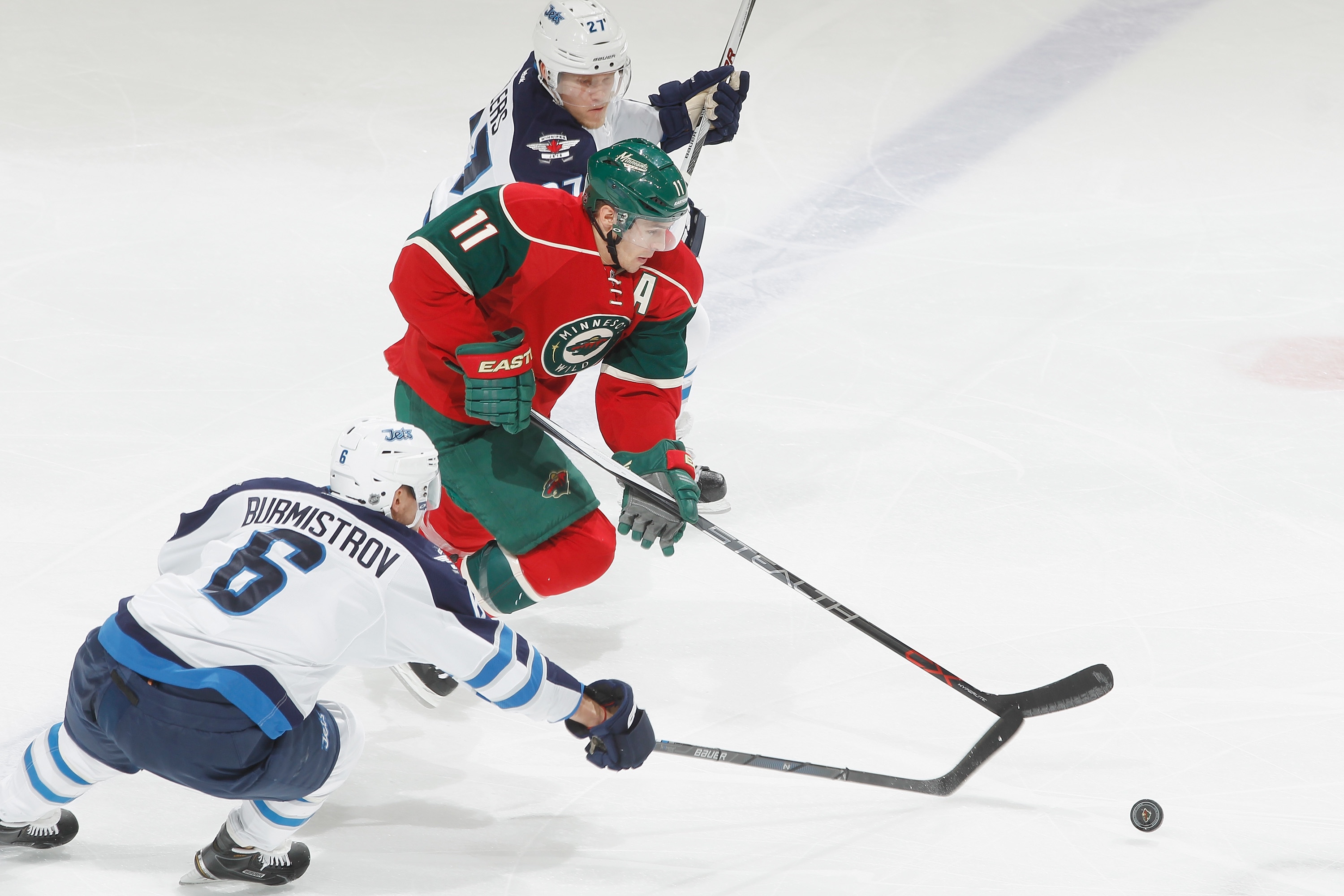 Minnesota sleeps through loss to Jets

The Minnesota Wild and 19,055 others on hand welcomed back the face of its franchise in the team’s annual Black Friday matinee contest at Xcel Energy Center. Assistant captain and crowd favorite Zach Parise played his first game since suffering a sprained MCL in his right knee three weeks ago.

Parise, who injured the knee on a hit from Nashville’s James Neal in a Nov. 5 3-2 loss to the Predators at Xcel Energy Center, was medically cleared to play and inserted into the lineup after missing eight games. Minnesota won its first three games without its star left wing but had slumped to 1-3-1 in its last five prior to Thanksgiving.

But Parise’s return wasn’t enough of a spark as Minnesota lost its second straight home game with a  3-1 loss to the Winnipeg Jets. Mathieu Parreault, Dustin Byfuglien and Nikolaj Ehlers scored for the Jets and rookie goaltender Connor Hellebuyck earned the win with just 14 saves in his first NHL start.

Minnesota coach Mike Yeo said he believes the Wild’s early-season success was misleading because some of the team’s inconsistencies were masked as their opponents struggled with similar issues.

“I think the early part of the year you get away with that stuff,” Yeo said. “I think we’re playing the same game, probably, that we were at the start of the year, but the league gets better and so right now we’re not getting away with those things.”

Ryan Carter got the Wild within a goal midway through the third with his third of the season. That made Byfuglien’s tally, a shot he banked off of Minnesota goaltender Devan Dubnyk from below the goal line, the eventual game winner. Dubnyk made 26 saves in taking the loss.

Yeo hinted after the game that backup goalie Darcy Kuemper would get the start on Saturday when the Dallas Stars, the top team in not only the Western Conference but the league itself, invades St. Paul.

Parise’s knee will be tested again right away against the Stars but he said he felt fine after playing 18:28 against the Jets.

“Hopefully better tomorrow but, for the first game in a while, it was okay, I thought,” Parise said. “Physically I felt fine. Felt a little behind in the conditioning but I was kind of expecting that.”

After participating in each of the Wild’s past two pregame skates on Saturday and Wednesday, Parise took part in his first full practice with the team since his injury on Thursday. He had been on the ice in previous practices but had been limited to skating on his own.

For a team decimated by injury and illness in recent weeks, Parise’s familiar No. 11 back on the ice and the bench was a welcome addition despite the loss. Center Tyler Graovac (20 games missed), right wing Justin Fontaine (11) and defenseman Marco Scandella (3) remain on injured reserve and center/wing Jordan Schroeder sat out his second straight game due to illness on Friday.

Parise’s return failed to have an immediate offensive impact as the Wild managed just three first-period shots on Winnipeg rookie goaltender Connor Hellebuyck, who was making his first NHL start. But he showed flashes of his usual disruptiveness, however, getting his stick in passing lanes and forechecking with a fury.

Parise said his team was chasing the puck all game which made things really tough.

“It’s tough to make plays, it’s tough to get shots when you never have the puck,” Parise said. “I feel like we’re throwing the puck away a lot, in the neutral zone especially.”

That’s how Yeo saw it too.

“We have individuals that have to understand that they have to pick their game up and I’m not talking about goals and assists,” Yeo said. “I think too many guys are going out there and they’re just getting the puck and they’re just, ‘Okay, let’s just go get a goal.’ Meanwhile, it’s a turnover and meanwhile, we keep losing momentum.”

The crowd was brought to its feet six minutes into the second period when Jason Pominville’s touch pass hit Parise in stride coming through the neutral zone. But Parise’s shot from the top of the left circle was swallowed up by Hellebuyck.

Wild defenseman Christian Folin was a college teammate and neighbor of Hellebuyck’s at Massachusetts-Lowell. While Folin was happy for his good friend, with whom he shares an agent, he wasn’t pleased his team didn’t provide him with much of a test.

“It’s fun for him, we really didn’t challenge him enough, though,” Folin said. “I mean, he’s a good goalie but we didn’t put up too many shots. He did a good job, good for him.”

Yeo said his players need to pick their personal play within the team concept and be better in the little areas of the Wild’s system.