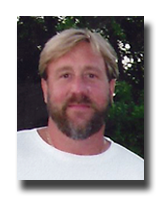 Paul Roff is Associate Publisher for MHM’s Youth Edition. Born and raised in Minnesota, Paul grew up in south Minneapolis until the age of nine when his family moved to Edina. There he discovered the game of hockey and in his second year on skates, he made the traveling squirt “A” team.  He never looked back. Culminating the 1981-1982 season, while playing as a right-winger for the legendary Willard Ikola, on a newly combined Edina varsity team, he and his teammates won the Minnesota State High School Hockey Tournament.  At the end of his senior year (1983), the Minnesota North Stars had drafted him. Paul went on to play college hockey for the Ohio State Buckeyes and for the Minnesota-Duluth Bulldogs, but never quite made it to the professional ranks.

Paul holds a degree in Business Administration with Marketing and Finance concentrations from the University of Minnesota-Duluth, and in addition, recently added a Degree in Digital Design and Animation from Rasmussen College.  Paul’s newly formed Company, “Roff-in-Motion”, will be used extensively throughout the Minnesota Hockey Magazine website for the production of motion graphics and animation.  Paul also plans to use his talents as an animator for a cartoon series that will entertain and inform kids for MHM’s Youth Edition. Check out the first of the “Rink Brats” series here >>

To this day, Paul still plays hockey … and still loves the rush brought on from making a perfect pass or beating the goalie with a great shot!