From “The Pit” to “The X” ~ Minnesota’s Nate Prosser 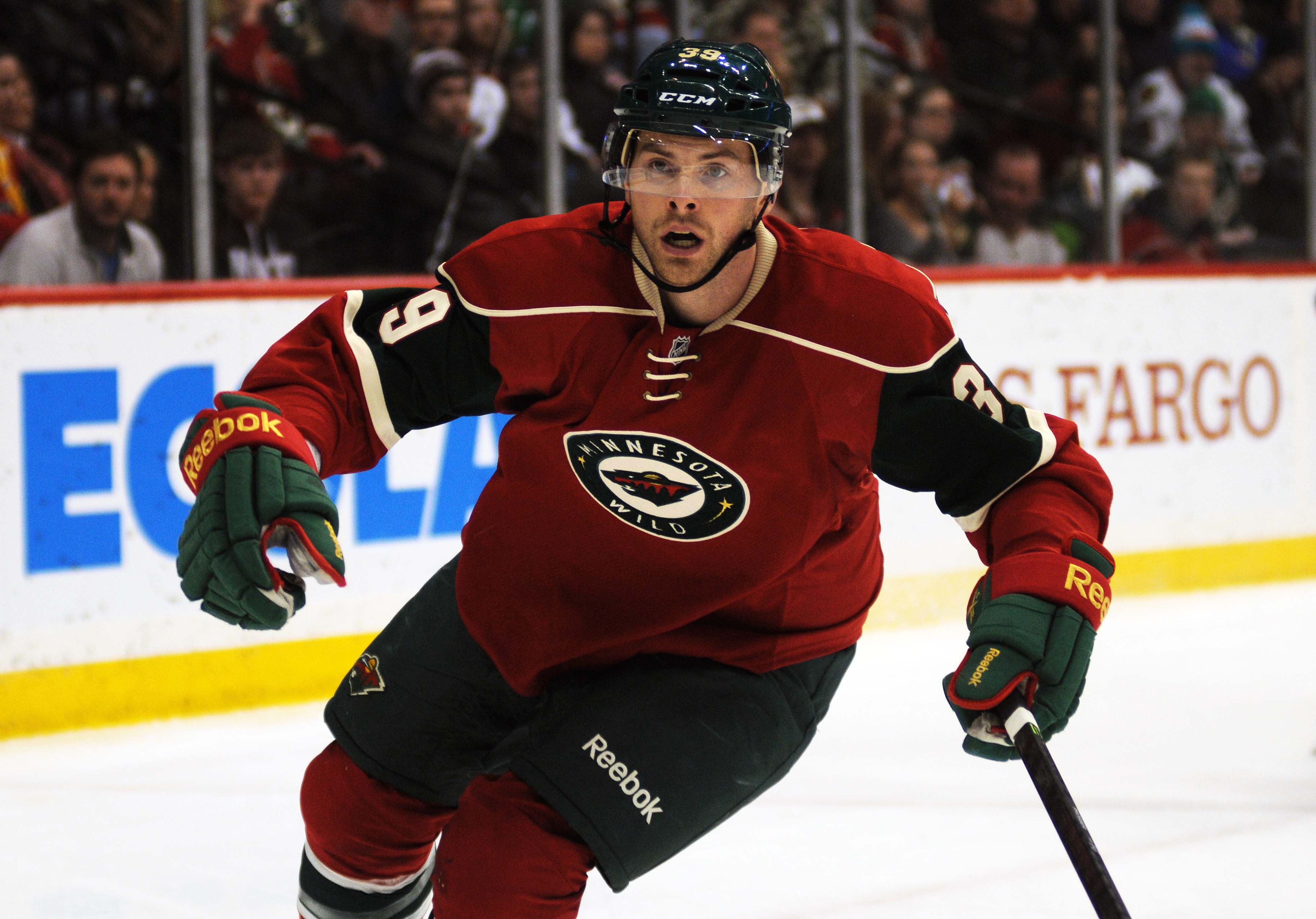 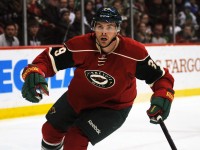 For a handful of players on the Minnesota Wild roster, the lyrics “I was born a child of the strong and wild,” from their anthem could not be more appropriate as they hail from the great state of hockey. Nate Prosser is one of those players and as Hockey Day in Minnesota approaches he couldn’t be a better choice to feature following the Wild’s 4-1 win over the Edmonton Oilers. The win came in front of a sold out arena of 18,037 home team fans and included Prosser’s first game-winning goal of his career, coming at 16:45 of the 2nd period, assisted by Jason Pominville. Prosser honed the skills that would lead him to the NHL – and that 2nd period goal – on the site of this weekend’s coming Hockey Day activities, “The Pit,” as it is lovingly referred to, in Elk River, MN.

Sit back and enjoy this Q&A with Nate Prosser on growing up Minnesota, High School Hockey and what being truly blessed means to him.

Q: What do you think was the best part of growing up in Minnesota as far as hockey is concerned?

A: I think the best part about growing up here for hockey is the availability of ice. “The Pit” in general is a great spot. Growing up, when we wanted to play outdoor hockey we could go there and and it was perfect. There are lights and it’s down out of the wind, it literally sits in a pit so it was kind of alike a dream setting for kids with the warming house and everything right there.

Q: Was there anything really special about Elk River specifically for you?

A: The biggest thing for me growing up in Elk River was being able to watch Paul Martin and my brother who was three years older than me. I was able to grow up watching those great players and we actually won a state tournament when I was a bantam. There have been some great teams down through there in the past ten to twenty years and I think it’s just a perfect spot to have Hockey Day with the teams that we’ve been having and the success that we’ve been having with hockey…it’s such a hockey city. We get such good fans there. The student section is down on the glass on the opposing end and the guys really got us into it. It’s just a fun city to play in.

Q: Do you have a favorite hockey memory?

A: The state tournament my sophomore year was a lot of fun at the Xcel playing Bloomington that first game and all of the road trips me and my dad and sometimes my brother would take up to Grand Rapids or Duluth or Fargo…places like that. We’d pack up the minivan and head up and play penny poker on the way up and do goofy stuff. My first high school hockey game was an experience I’ll always remember because I grew up watching and idolizing my Paul Martin when he was in high school who was such a good player and I always wanted to play for my high school team. My sophomore year our first game was against Edina and I just remember stepping on the ice that first time and it was a dream come true.

Q: Coming full circle…does it make it more special that you play in the NHL here as opposed to if you played at another NHL venue?

A: Yeah for sure. I definitely have to take a step back a lot of the time and pinch myself. I know I’m truly blessed with where I’m at and all of my family and friends are still in the local area here and I’m truly thankful to be a part of this organization. When I graduated from college I was so happy to be heading to the Xcel and being able to play in front of my friends and family…the sense of pride I had to be playing for the hometown team…words can’t even describe it.

Q: Do you think having your friends and family here makes it easier or harder to play?

A: Obviously there are pros and cons with everything, in every situation, but I think the pros definitely outweigh the cons in this situation. I’m  able to be here and be close to my family and I’m able to raise my family here. My wife is pregnant with our second child and we’re getting a big family going down here and I think it’s great to be here in Minnesota.

Q: Any plans to check out the State High School hockey tournament this year?

Q: Why do you think that tournament is so popular?

A: This state just loves their high school hockey! It’s pretty incredible. I remember playing up at sectionals at the DECC in Duluth and that place would be packed full and then you come play in St. Paul and it’s packed full as well. People just love coming to watch their high school hockey and when the top eight teams get into one building, especially at the Xcel because it’s a great venue for it, everyone comes down and makes a weekend of it and just makes it a great time. I also always go to the final five because it’s just incredible as well.

Following Prosser’s big night we couldn’t help but ask him to reiterate how special it was to play in front of his friends and family. He responded with a big smile, “It’s a dream come true playing here in front of my family and friends at the Xcel. Having them here by my side and supporting me after every game is huge.” 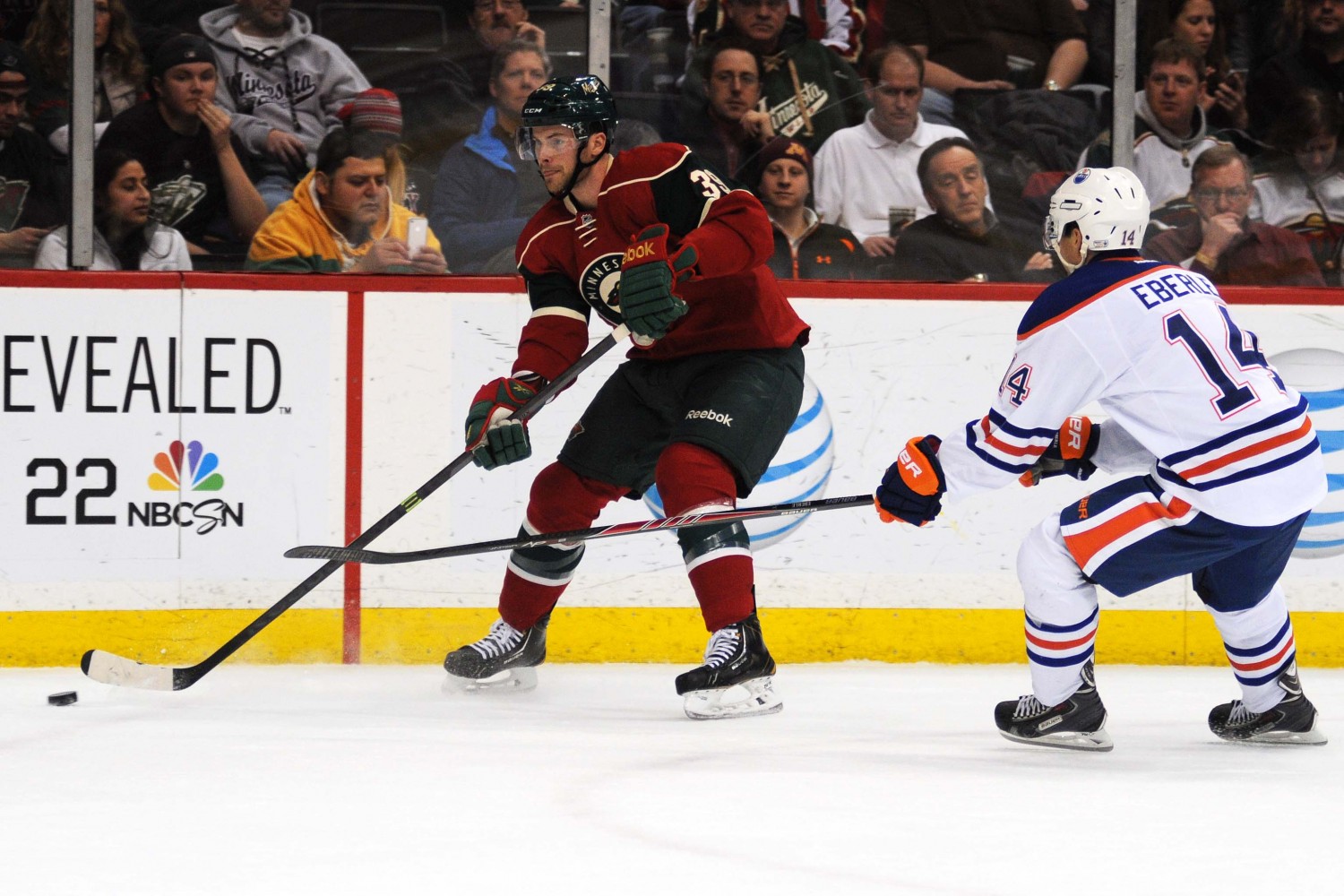 Head coach Mike Yeo also weighed in on Prosser following the game saying, “He’s an unbelievable professional, he’s an unbelievable team guy.” He continued, “He does little things right and obviously we’re incredibly happy for him to score that goal tonight but even if he didn’t score that goal he’s going to go out and give you a great chance because of the way he plays, the way he defends and manages the puck well and he competes hard every night.”

There is no doubt Minnesotans everywhere echo Coach Yeo’s sentiments on Prosser and perhaps even smile a bit knowing the defenseman is a living representation of the spirit of hockey being instilled in kids all across the state of Minnesota.

For more information on Hockey Day in Minnesota CLICK HERE! Be sure to follow @MNhockeyMag on Twitter for all of our latest articles, updates and events as well as the author of this article @AmySnow17!