Playing the Game for all its Worth 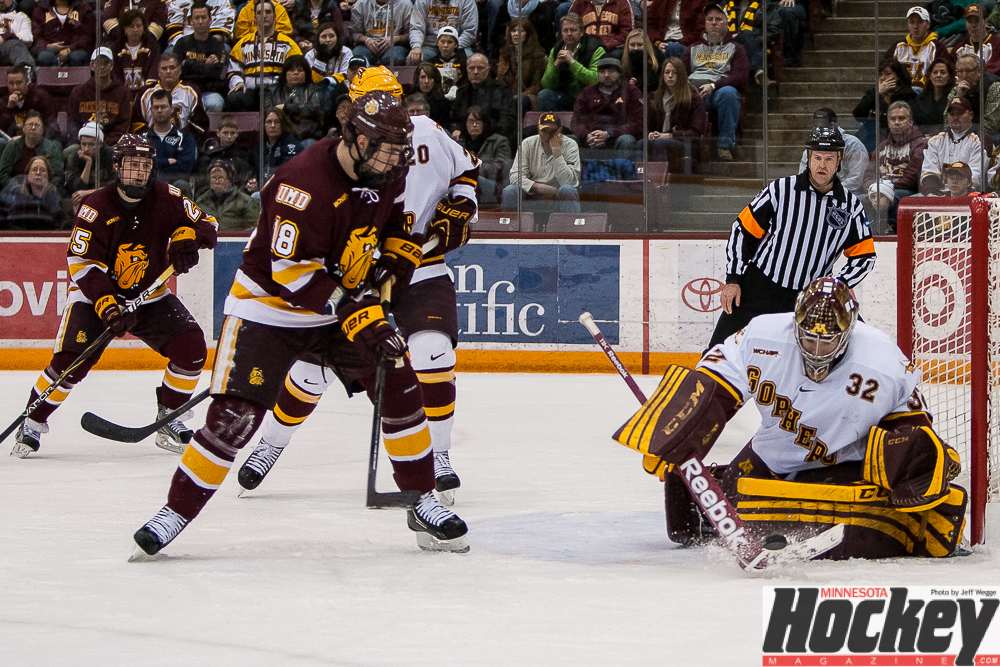 Where NHL fails, NCHC gets it right. 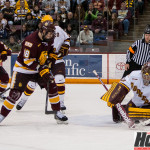 The great hockey shootout debate is well into its second decade, particularly in the aftermath of its infamous Olympic appearance in 1998. But whether you view it as an exhilarating and dramatic resolution to a stalemate or, as I do, a misplaced exhibition of skill and guile, the shootout’s foothold on the game seemingly grows with each passing season.

Not every league, however, takes the proper approach to its implementation.

The latest to join the frenzy, the budding National Collegiate Hockey Conference (NCHC), revealed on Thursday that it will, fittingly, honor the legacy of the late CCHA by utilizing shootouts to break ties in regular season conference games. In a unanimous decision, the NCHC board of Directors voted to allow the use of a shootout to decide games after the NCAA standard five-minute, sudden-death overtime period has expired.

Just as it was in the dearly-departed CCHA, the games decided by shootout will be recognized as ties by the NCAA and the all-important Pairwise ranking will reflect that. With the exception of the NCHC tournament third-place game, which will mirror regular season rules, all NCHC postseason ties will be broken by successive 20 minute overtime periods until a winner is determined.

Even non-conference opponents will have the ability to opt-in to a shootout if they desire, although don’t expect Don Lucia to take that route when the Gophers travel to NCHC territory.

“The conference office and our member institutions are committed to engaging our fans in ways that provide them excitement in our home venues,” NCHC Commissioner Josh Fenton said in a statement released by the league. “The use of a shootout at the conclusion of our standard overtime to determine an extra point within conference standings will make for an exciting race to determine the NCHC regular season champion. We are confident our passionate fans will enjoy this aspect of the game in similar ways to how it is embraced in the National Hockey League.”

Where the NCHC, like the dearly-departed CCHA, “gets it” and the yellow-bellied cronies of the NHL do not, however, is in the value each league places on one game. Each NCHC and Big Ten conference game will be worth three points and it is winner-take-all for those teams claiming victory in 65 minutes or less. Both teams earn one point for reaching the shootout with the winning team claiming the additional point.

Other than the shootout itself, what’s not to love here? If you’re going to allow games to be decided by a skills competition, at least give the rest of the game its proper due.

At the game’s highest level, on the other hand, game values are a little more random as waiting for the NHL to get out of its own way can be as painful as a trip to the Pittsburgh DMV for those of us not named Crosby.

For decades the NHL calculated season standings and playoff positioning based on a points system (two points for a win, one for a tie, and none for a loss). The league introduced a five minute five-on-five overtime period beginning with the 1983-84 season, but teams were so fearful of losing that precious guaranteed point the extra sessions contained all the intrigue and drama of a typical morning skate.

Prior to the 1999-00 season, however, the NHL, in its infinite wisdom, instituted a policy of not only granting two points to a team winning in overtime, but also allowing the losing team to earn a point for merely advancing past regulation. Essentially, the league made the conscious decision to reward its teams for underperforming (i.e.-losing the game) with the extra point serving as a carrot to boost the competitiveness of its overtimes.

But the results remained limited and the NHL continued to seek out ways to ensure its customers of an outcome—positive or negative—as opposed to a sister-kissing tie.

The 2005-06 post-lockout advent of the shootout rendered the tie obsolete, but the three-point system for non-regulation games has since remained in effect leaving games completed in 60 minutes still worth just two points. How preposterous is it that the outcome of two NHL games played on the same night can have disparate values?

NHL GM’s have made it clear on numerous occasions that the additional point is here to stay but, so far, have avoided rectifying an absurd situation with the simple solution of awarding three points for a regulation win. That tiny tweak would place equal value on each of the 1,230 NHL regular season games played each season, heighten the intensity of a close game’s final minutes and finally rid the league of an unfair standings calculation method.

Detractors of a three-point system such as former Toronto Maple Leaf GM Brian Burke and current Nashville GM David Poile will argue that the current system creates “competitive balance” producing exciting playoff races. But it’s polyester parity forged by a system of inequity which provides incentive for teams to sit on regulation ties, settle for the one point and take their chances on skating off with the bonus point.

Poile and Burke, however, do not have a problem with that according to what each told ESPN.com’s Pierre LeBrun in December 2009.

“From a manager’s standpoint, I’m not so sure I want less parity,” Poile said at the time. “Maybe that’s selfish, but I don’t know, the games seem pretty exciting to me.”

Burke referred the three-point system as a “poor idea.”

“There is no shame in battling back for a tie,” Burke told LeBrun. “The final minute of regulation, with the [goaltender] out, is a breathless, agonizing, heart-stopping minute filled with tension and drama; overtime is a continuation of the same, and the shootout is agony and ecstasy for the fans. I see no reason to change.

“I felt this way when my teams were in first place; I feel the same way now.”

I’m unmoved by Burke’s line of reasoning. Wouldn’t the final minutes of a one-goal or tie game at any point—but especially late—in the season be similarly angst-filled and thrilling with a three point all-or-nothing at stake?

Burke is correct in one regard; there is no shame in battling back for a tie. But there is in simply settling for one.