Offensive revival has Jonas Brodin back on track 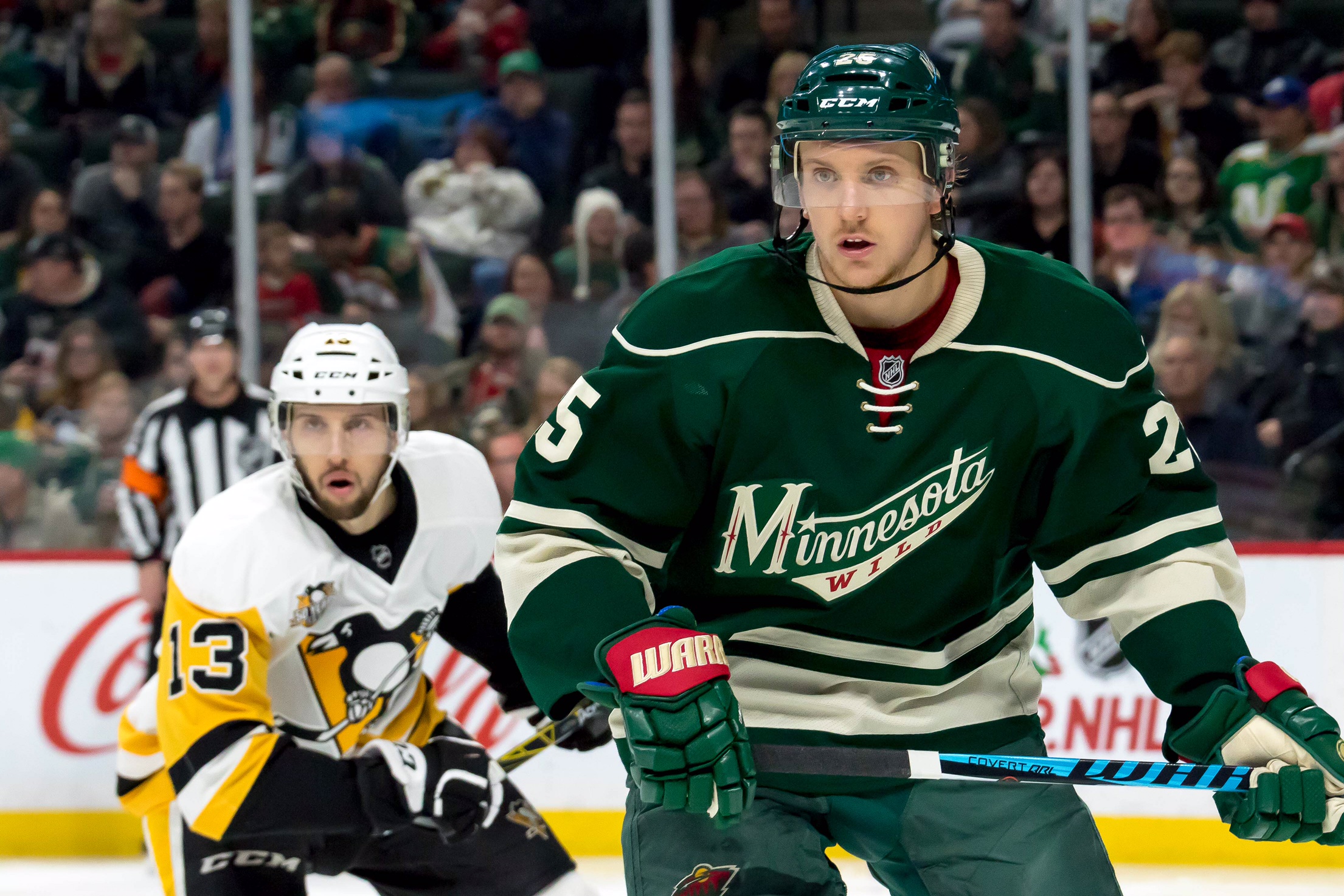 Offensive revival has Jonas Brodin back on track

A new season for the Minnesota Wild has brought with it a more offensive version of defenseman Jonas Brodin.

Always considered a strong two-day defenseman, Brodin seemed to be on the verge of adding a more potent offensive component during the 2013-14 season, when he scored eight goals in 79 games and two more in 13 playoff games.

But Brodin, who suffered a broken jaw in October 2013, for some reason saw his production dive during the second half of that campaign. He scored just one goal after Dec. 29, 2013, then tallied three goals the following season.

It was not what he wanted, especially after signing a six-year, $25 million contract extension in October 2014. Then he followed that with just a two-goal output in 2015-16.

“Bad year last year,” he said late last month. “But I don’t think about that anymore.”

“You don’t usually see a defenseman with as much poise as he has at that age, and he’s only going to get better.” – Devan Dubnyk on Jonas Brodin