Former Gopher captain and assistant takes over at Northern Michigan 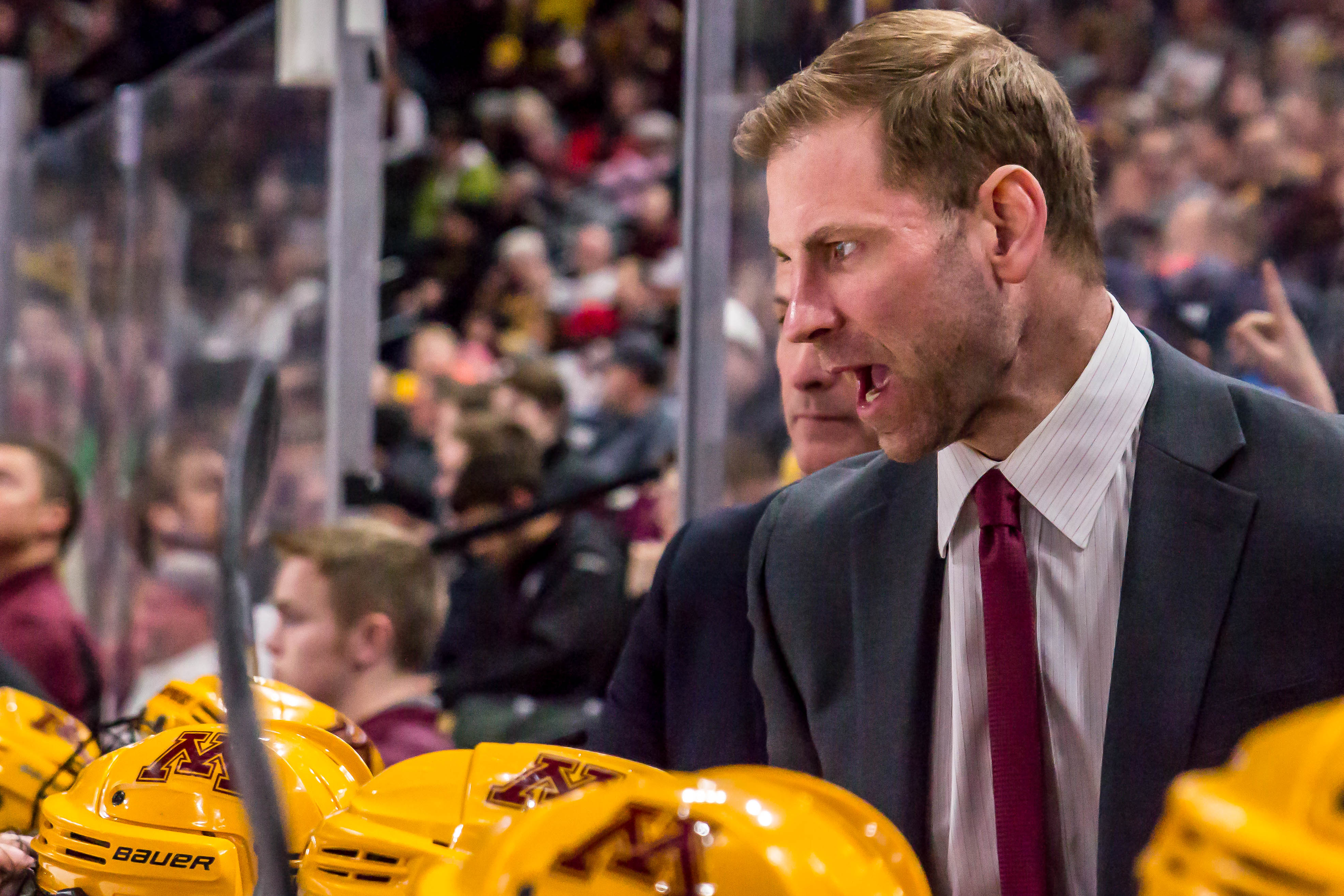 Former Gopher captain and assistant takes over at Northern Michigan

The University of Minnesota suffered a blow to its coaching staff on Tuesday morning with the announcement that Gopher assistant coach Grant Potulny has accepted the head coaching position at Northern Michigan University.

“My family and I are very excited to be joining the Northern Michigan community,” Potulny said in a statement released by Northern Michigan. “The hockey team has been a great source of pride for alumni, fans and students for the past 41 years. This is a wonderful opportunity, and I look forward to adding to the tradition and success of Wildcat hockey.”

Potulny, who spent the past eight years on the Minnesota bench, helped guide his alma mater to an NCAA record six-straight regular-season conference titles along with four NCAA tournament berths and pair of Frozen Four appearances.

The school’s only three-year captain since 1947, Potulny led the Gophers to back-to-back national championships in 2002 and 2003, scoring the game winner in overtime against Maine in 2002 at Xcel Energy Center.

The Grand Forks, ND native recorded 116 points (68 goals, 48 assists) in a Maroon & Gold sweater before playing professionally from 2004-09. Potulny and his wife, Melissa, have three children: Jack, Owen and Charlotte.

“Grant is very deserving of the opportunity to be the next head coach at Northern Michigan University,” Minnesota head coach Don Lucia said in a statement released by the school’s communications office. “He’s had a tremendous career at the ‘U’ as a player and as a coach, and it’s been enjoyable to watch him grow. There’s no question in my mind that he’s ready to be a head coach. Grant’s a great family man, and he and his family will be a tremendous asset in their move to Marquette.”

In the February 2017 issue of Minnesota Hockey Magazine, Potulny expressed to writer Eric Vegoe how thankful he was for the opportunity Lucia gad given him over the last eight years.

“He took a chance on me,” Potulny said of Lucia. “There were a lot of people that were way more qualified for this position than I was, and I think Don saw something that he thought he could help groom and grow, for that I’m grateful.”

Potulny replaces former Wildcats’ coach Walt Kyle who was informed last month his contract would not be renewed by the school following a 13-22-4 season. Kyle compiled an overall record of 265-263-68 during 15 seasons at the helm of the program.

“Grant impressed everyone throughout the interview process and truly earned this opportunity,” said Director of Athletics Forrest Karr. “He is a tremendous leader committed to excellence and has achieved success at each level as a player and as a coach. Grant has had quality mentors throughout his career, and it shows in his attention to detail and plan for Northern Michigan hockey. This is Grant’s time to lead and continue the program’s rich history.”

“My initial impression of Coach Potulny was he’s a winner,” Diamantoni said. “During our meeting, he demonstrated a calm, confident presence with a clear vision for success. Coach Potulny brings tremendous leadership and a winning attitude that will have a positive impact on the Northern Michigan University hockey program and community.”

In addition to his coaching accomplishments at Minnesota, Potulny has been integral part of USA Hockey’s success at the international level. He has served as an assistant coach on two gold medal-winning U.S. National Junior Teams at the IIHF World Junior Championships (2013, 2017). His most recent outing in 2017 saw the U.S. squad go unbeaten in tournament action to claim its fourth gold medal and 10th overall medal.

“You don’t get picked to be on a couple World Junior staffs if you don’t have the ability to coach,” Lucia told Vegoe in the aforementioned February article. “I think he’s a good recruiter, I think his coaching has really improved and grown over the years like you’d expect when you start with no experience.”