The Pride Of The East Side Turns 100 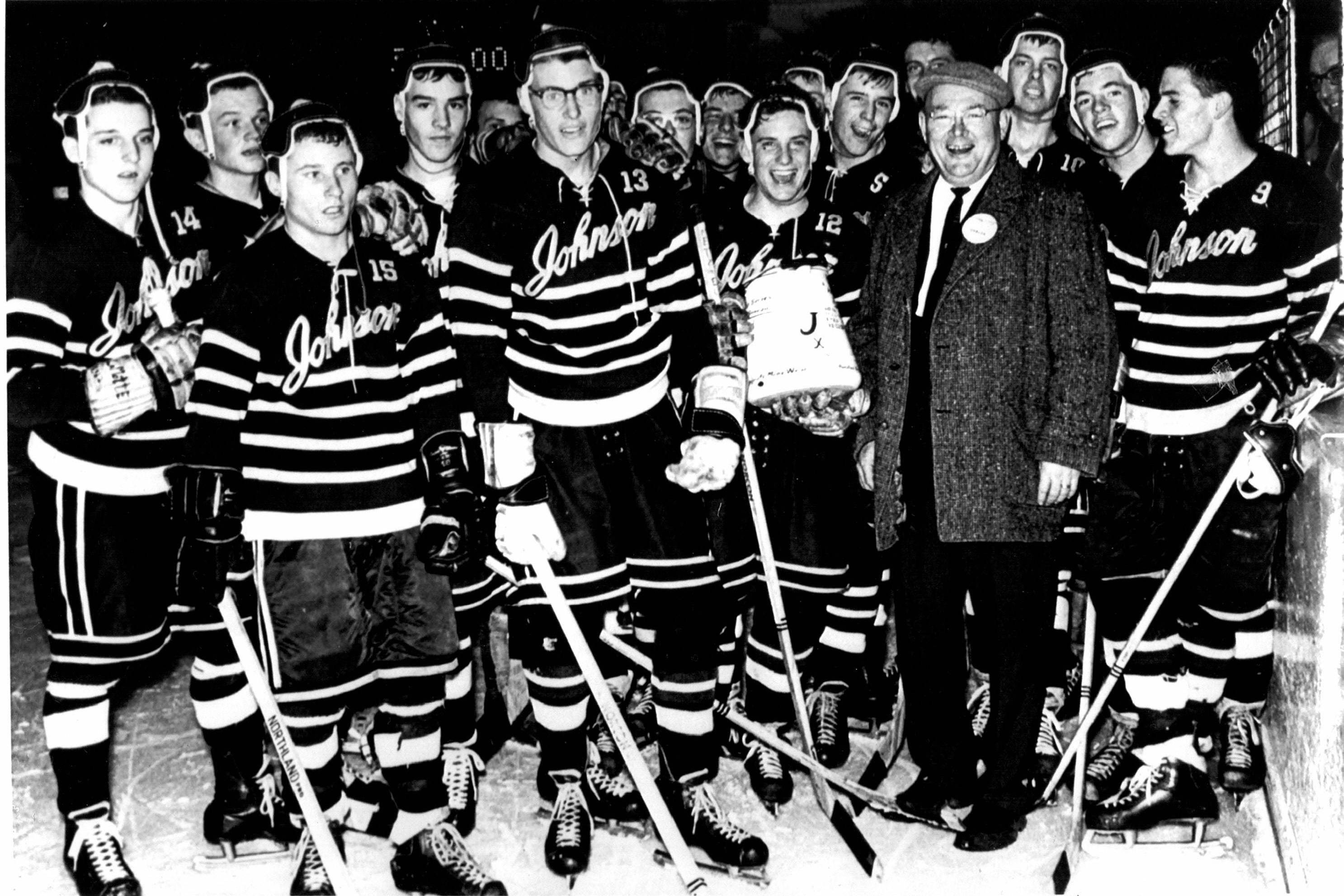 St. Paul Johnson hockey coach Steve Younghans once told me, “Game day is a great day for me.” The East-Side icon, known affectionately as “Moose” for his giant stature—both physically and within the neighborhood—is approaching what should prove to be among his most memorable of game days. 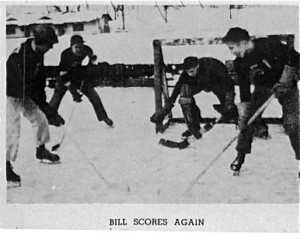 Firmly-entrenched as the face of St. Paul Johnson High School hockey and an East-Side celebrity of sorts, Moose will join several decades’ worth of Johnson hockey alumni in celebrating the Governors’ 100th anniversary season on Saturday, Dec. 21. The festivities begin with a series of alumni games between 8 a.m. and 2 p.m. at Phalen Arena in St. Paul followed by the current Johnson High School teams taking on South St. Paul at Aldrich Arena in Maplewood.

“We’ve had a pretty good rivalry with [South St. Paul] over the years so it just seemed like a good fit,” Younghans said of the series in which the teams annually compete for the “Silver Skate” Trophy. The Governors and the Packers will each wear commemorative throwback uniforms with Johnson’s modeled after those worn in 1913.

Preparations for the event have been in the works since early last summer and the time and effort has paid off according to Younghans, “It looks like it’s going to be bigger and better than what we thought.”

The J.V. game will be at 1 p.m. followed by the varsity game at 3 p.m. Following the games there will be a dinner and silent auction at Jimmy’s Event Center in Vadnais Heights beginning at 5 p.m. The room capacity is 600 and Younghans says a sellout is anticipated. One-time Johnson football coach Mal Scanlan, who currently holds the same position at Cretin-Derham Hall, will be the Master of Ceremonies.

As much as the weekend is about the proud tradition of Johnson hockey and its legendary performers, the man who has been behind the Johnson bench since 1994 is every bit as excited for the current crop of Governors to play in front of them.

“They work hard and they’re proud to be part of the program and they’re willing to make the same sacrifices the guys made in the 50’s into the 60’s and 70’s when the years were a little bit better as far as wins and losses go,” Youngans said. “I think at the end of the day our kids are incredibly proud to be Johnson guys and they want to make sure that the guys that played before them will be proud of them and they’re setting the groundwork for the younger kids in the community to make sure there’s a program there for those guys as they move forward.” 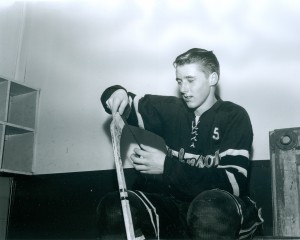 The Governors’ hockey program is one that is indeed rich in tradition with four state championships (1947, 1953, 1955, and 1963) to its credit in 22 trips to the tournament along with 10 top-three finishes. Prominent alumni include former Minnesota Governor Wendell Anderson and former University of Minnesota head coach Herb Brooks, who played on the Governors 1955 title team and guided the 1980 Olympic team to a gold medal.

Brooks, who tragically passed away a decade ago, is sure to be present in spirit, however. His passion for his East-Side roots and Johnson hockey is well known and Brooks’ son Dan says his father’s intense pride in school and community would have led him to be an active participant in the event.

“He would have been the ringleader in organizing it,” Brooks said. “He would have worked his fingers to the bone in getting everybody to show up and he would have poured his heart and soul into the event. He’d be all over it.”

“You played together and you went from sport to sport, team to team and you were always around your buddies,” Pogreba said.  “The thing about Johnson was it was just the culture, you looked up to the older guys, the high school was always really involved in everything that we did and so we always looked up to those guys.”

“I think Johnson is kind of a small town within a big city; it’s kind of a small-town atmosphere,” Younghans said. “Everybody knows each other in the hockey community and when we grew up as kids we used to go to Phalen Rec Center and watch the older guys play, Les Auge and the Peltier boys and, you know, all those guys, and you always pictured someday hopefully you could maybe be one of those guys.”

In fact, at last count, 237 players representing fifty years of Johnson hockey from 1963-2013 are participating in the event requiring organizers to purchase additional ice time to accommodate them. Pogreba says there’s nothing unusual about a strong alumni presence at Johnson events.

“Whether it’s the alumni golf tournament or going back for high school games or anything like that, you always want to return and kind of give back,” said Pogreba who, after finishing his UMD career, coached a year of Johnson squirt hockey and another with the high school team. “It’s just a tight-knit group of guys and it doesn’t matter if you’re gone for five years or 20 years you come back and you still feel like you’re still welcome.” 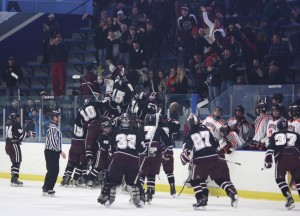 “You develop those friendships and now you’re looking at guys I haven’t seen or talked to in years but all of a sudden there’s text messages and emails going out,” added Matt Kephart, Pogreba’s childhood friend and Johnson teammate. “Everybody’s excited to get back together again and go and slap the puck around for a little while. It’s going to be a good time.”

The milestone is especially meaningful to Younghans, a 1974 Johnson graduate and lifelong East Side resident whose one lifetime residential change landed him one only block from his childhood home. He is humbled by his inclusion in an exclusive club with the likes of the legendary Johnson coaches Rube Gustafson and Lou Cotroneo whose passion for the program and pride in this celebration, according to Younghans, has been a thrill to witness.

“There’s only been seven coaches in the history of Johnson since 1927 and to be one of those seven guys is unbelievable,” Younghans said in a 2010 interview

Game day can’t come soon enough for the man everyone knows as Moose.

“It’s just going to be great to see guys and get a chance to talk to them, to share stories,” Younghans said. “I’m looking forward to that game on Saturday afternoon and hopefully our boys can put a good foot forward and make it a lasting memory for them too.” 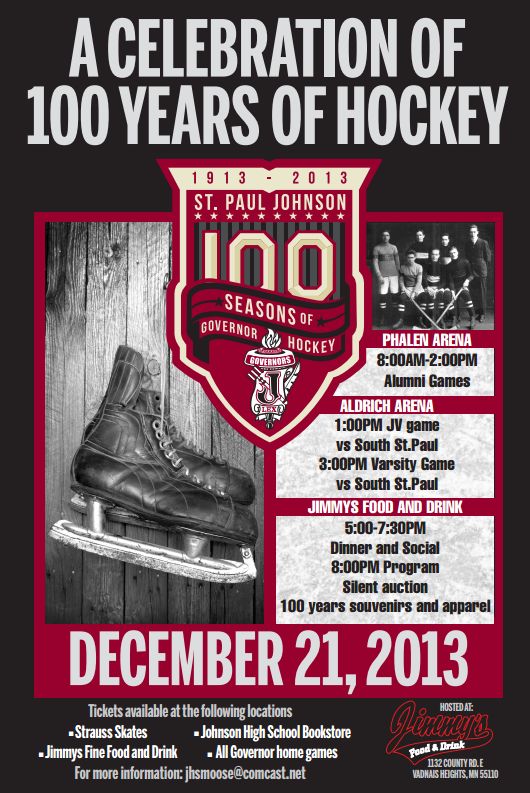