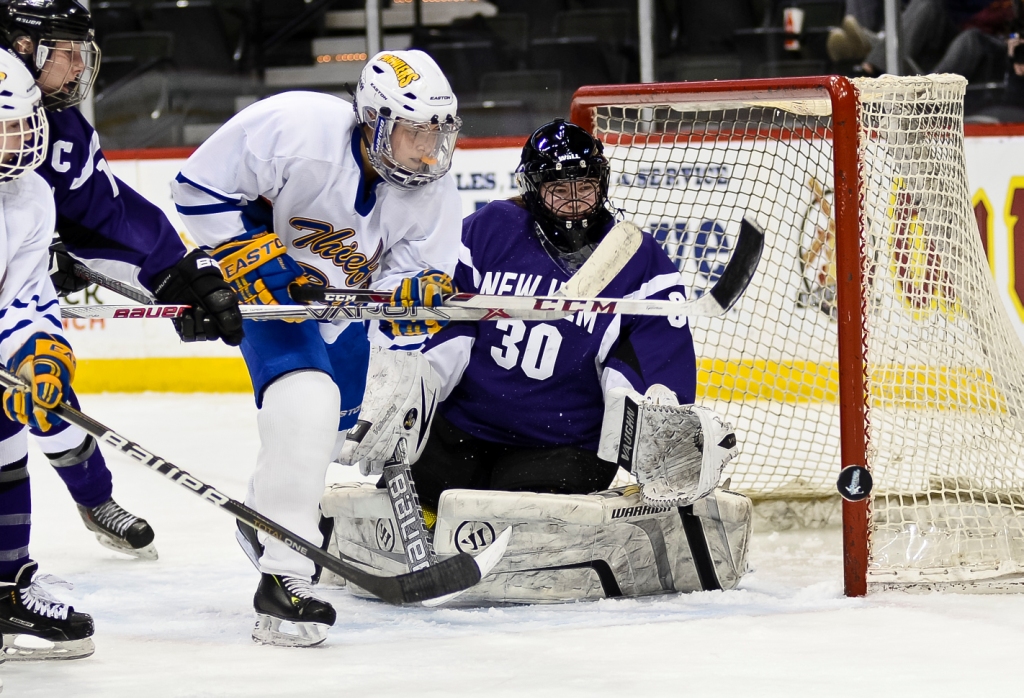 SAINT PAUL – Before the puck dropped on the third Class A girls’ quarterfinal game at the Xcel Energy Center, the matchup between number one ranked Thief River Falls and New Ulm looked like it could be a one sided affair. For the first period it was in every aspect except where it counts – on the scoreboard.

The number one ranked Prowlers controlled play from the opening faceoff, won the shots on goal race 16 to 3, but largely because of the play of the Eagles’ goalie Karlie Ries the score remained scoreless through one period.

Thief River Falls’ Kora Torkelson put four pucks on the net – three from right out in front, but Ries was up to the challenge every time. 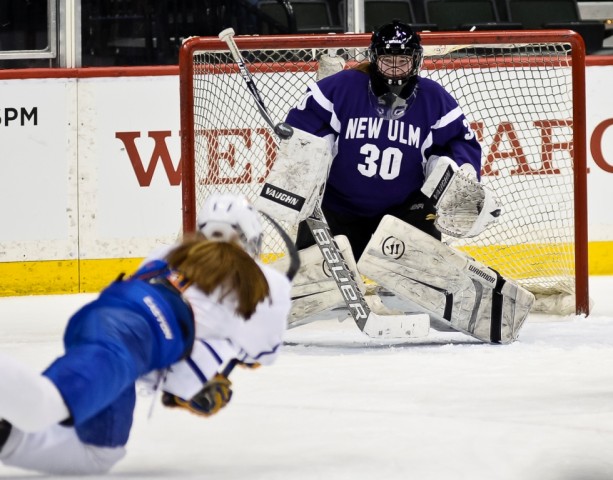 The second period was more of the same, except in the second, Torkelson was able to get two pucks past Ries.

The goals did in fact come. Most of the second period was played in the Eagles’ zone with great passing and puck control by the top seed. Emily Bergland’s shot from the high slot found its way through some traffic and into the net for the third goal of the game and Bergland’s third point of the night.

The Prowlers continued to pour it on in the third period. They put a state tournament record 58 shots on goal and scored two more in the final period.

“We’ve been doing a lot of that (putting pucks on the net) all year,” Thief River Falls coach Whitney Restemayer said.

Getting a victory in their first ever state tournament game was at least some consolation from last year when the Prowlers came up one game short of state.

“After we won the section final game those second place medals kind of went in the garbage,” Restemayer said. “Now we have those blue medals.”

The 5-1 victory will keep the Prowlers’ first trip to State going a little bit longer and give them two more chances to keep making school history.