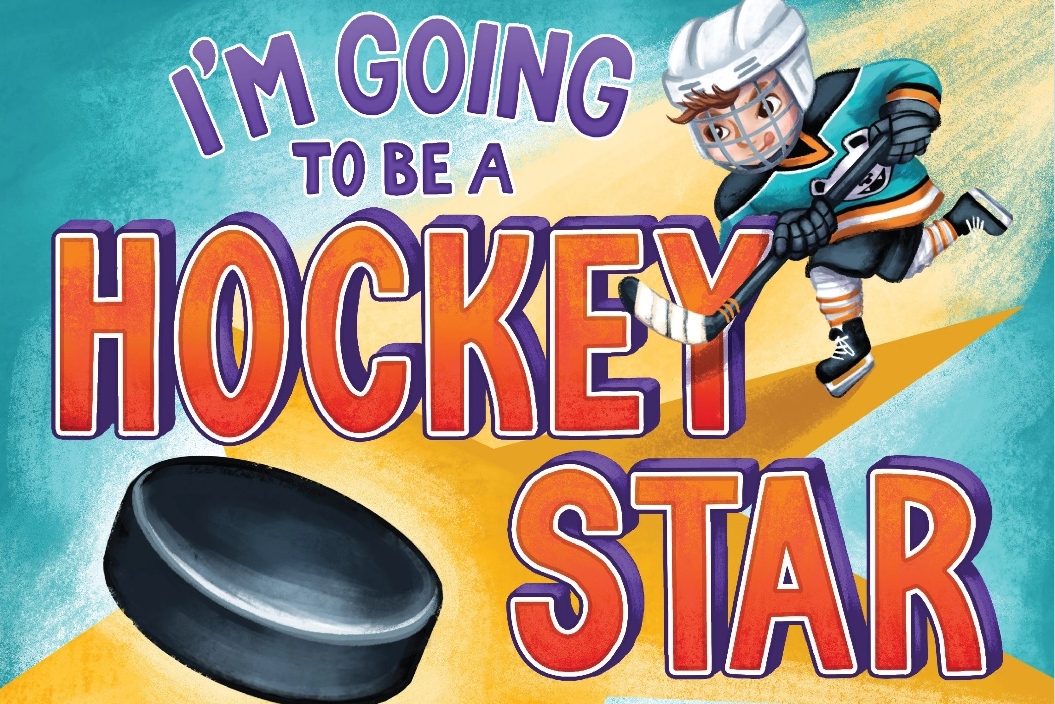 Every hockey parent has been there. 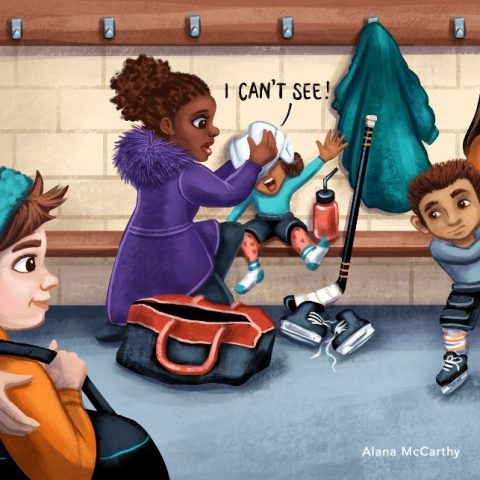 No matter how many children they raise in the sport, each of them experiences that one first-ever hockey practice and everything that comes with it: The excitement, the anticipation and, for many, the trepidation. Child and parent alike are susceptible to one or all of these feelings — and more —on Day 1 of a youth hockey “career.”

It’s one thing to walk into a rink to watch a sibling play, but what goes through a player’s mind as he or she steps into an arena lobby or locker room filled with peers on the verge of making their organized hockey debut?

In her new book, I’m Going to Be a Hockey Star, A.L. Wegwerth tells that story through the eyes and imagination of one little boy whose aspirations already extend well beyond his immediate surroundings. Available through Amazon, Barnes & Noble, Target and Walmart, among others, the 32-page hard-cover picture book was released on Nov. 8, just in time for the Christmas season.

“The premise of the book is just a little kid getting ready for hockey practice and it’s kind of showing you in the first half what to expect; you know, you’re going to fall and all that stuff,” Wegwerth said. “But then as it goes on, he’s dreaming of what he will do when he’s a hockey star.”

A.L. Wegwerth is a pseudonym for Amber Ross, a 15-year publishing veteran, the last 13 of which has been spent focused on children’s publishing.

“I told my husband that when I got famous, I was going to use my maiden name,” a chuckling Ross said over coffee in a White Bear Lake café near where she and her husband, Dan, raise and coach their three children, ages 6, 9 and 11.

Not surprisingly, Ross says the book is “very much informed by me watching and helping coach my kids.” 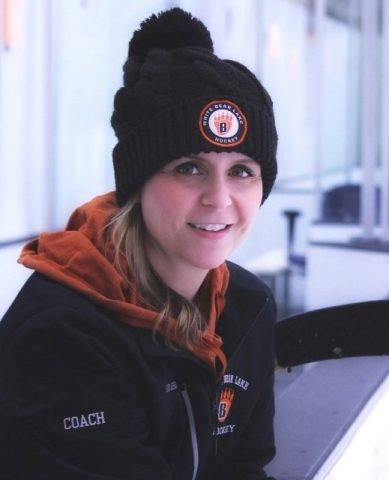 “This is my fifth book, but it’s definitely the one that’s closest to my heart just because it relates so much with my kids and everything,” Ross said. “They were so sick of reading of it by the end.

‘Well, I know but I changed some things.’

‘It sounds the same.’

“They had a consulting role, for sure,” Ross added.

Enhanced by Canadian illustrator Alana McCarthy’s colorful, eye-popping illustrations, the book takes the reader through his vision of the upcoming practice and how his hard work and skill development puts him on a path to hockey stardom.

Despite her Canadian heritage, McCarthy did not come from a hockey background, so Ross worked closely with her, sharing photos of her own children, to inform McCarthy’s drawings regarding apparel, jersey fit and hand position on sticks.

“So, it was kind of fun to be able to direct her in that too,” Ross said. “I got to be more involved than a typical author would be.”

Published by St. Paul-based independent children’s book publisher, River Horse Children’s Books, the concept for I want to Be a Hockey Star was brought to Ross by her friend and long-time former colleague John Rahm, who launched River Horse after they were each let go by their previous employer due to the pandemic.

“Since I coached and I played, he asked me to write something for his list,” Ross said. “He wanted something for beginning hockey players, like what to expect when they get on the ice. I was like, ‘OK, well, that’s a little bit boring.’ So, I actually gave him what I call three and a half ideas of different ways we could approach it and this was my half idea.

“I knew him well enough that I knew he would get where I was going with it and he said, ‘I like that one, do that.’” 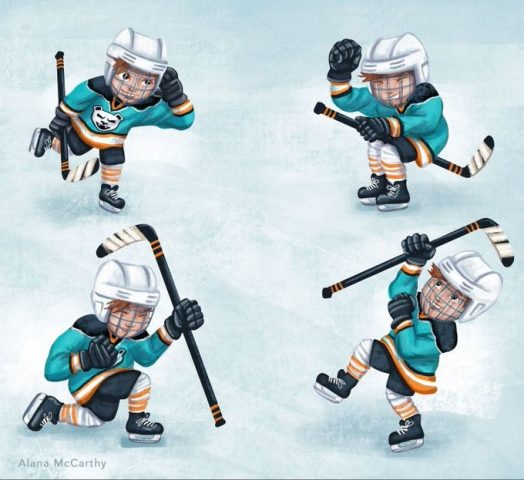 Ironically, the former Amber Wegwerth got a late start in her hockey career. Unlike her book’s subject, Ross did not skate competitively until the age of 15 but was a quick study and played her prep hockey for late-90s Minnesota girls’ high school powerhouse, Roseville, skating to a state tournament with legendary names like Curtin (Ronda and Renee) and Brodt (Chelsey) in 1998.

“I always call myself a pioneer because it was right when girls hockey was getting big in Minnesota,” said Ross, by day a managing editor for Lerner Publishing Group. “And then I had the opportunity to do it in college, too, at St. Ben’s.”

Along with her twin sister — and Roseville teammate — Kelly, Ross was a member of the first class at the College of Saint Benedict to play all four years with the school’s newly-formed women’s varsity hockey program. Ross collected 11 goals among 34 points as one of only three players to play in all 103 games from 1998 to 2002, serving as a co-captain as a senior.

It’s a personal story which pairs well with the dream-big message Ross sends to her readers in I’m Going to Be a Hockey Star.