Ramping Up for the Cup 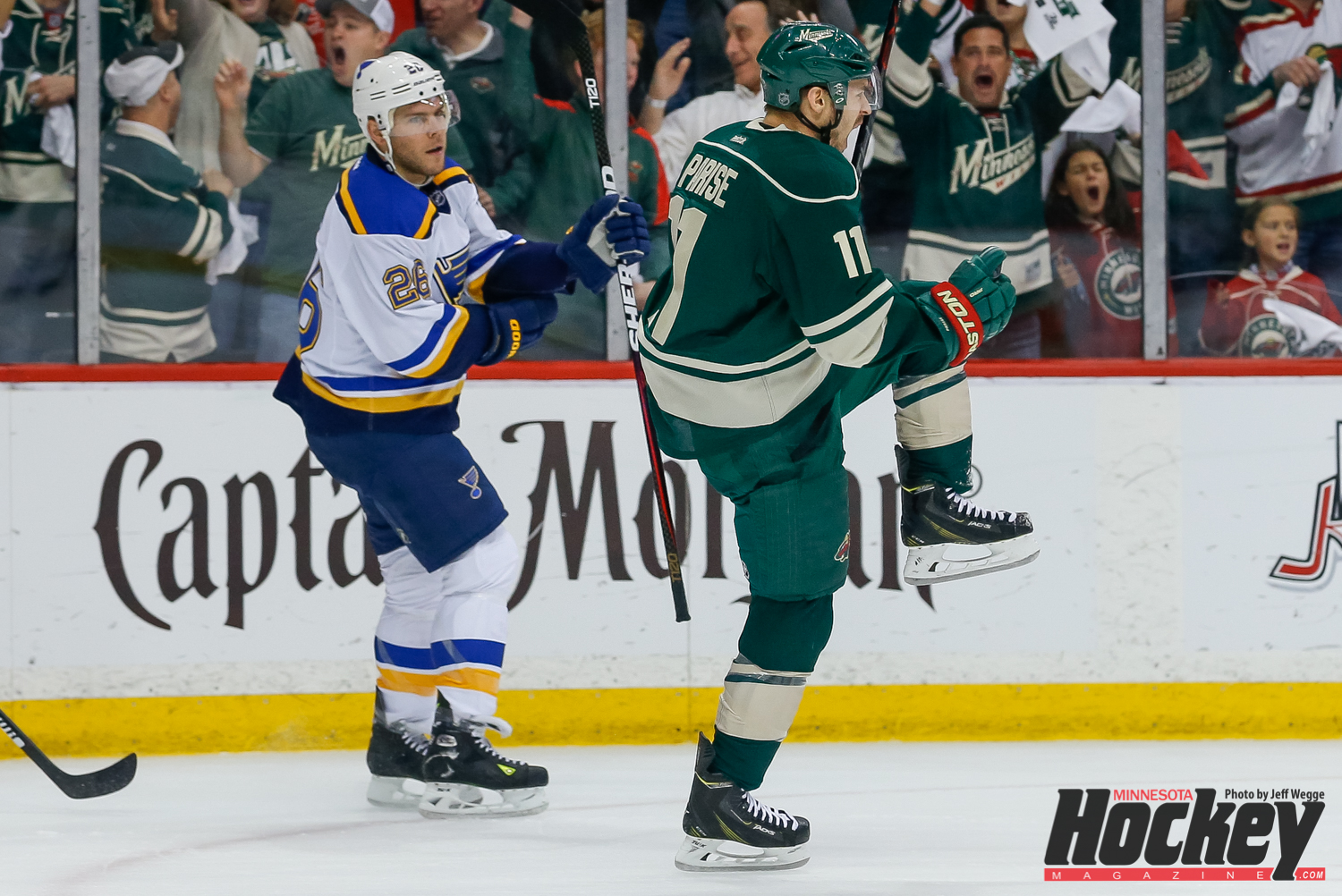 St. Paul – For the Minnesota Wild, all eyes and hearts are looking ahead.

As Erik Haula stated heading into the Wild’s opening NHL playoff series against the St. Louis Blues: “There’s a little bit of a rivalry there.”

Minnesota knocked St. Louis out of the playoffs two years ago, and since then former Wild coach Mike Yeo has taken the Blues’ helm while the Wild have inched closer and closer to a position among the NHL’s elite teams.

Of course, both teams go into the first-round series with 0-0 records in the playoffs, but the Wild took giant steps this season to earn home ice through at least the first round, not to mention that if they advance to the Western Conference finals and the Chicago Blackhawks do not, Minnesota will also have home ice then.

After averaging more than 19,000 a game at the Xcel Energy Center this season, the Wild are excited to both open at home and possibly get the extra night at home if a series goes seven games.

“It’s pretty cool to play here,” forward Charlie Coyle said after practice this week. “The atmosphere is up a couple of notches. The fans really bring a lot of energy and we feed off of that.

“It gets so loud, some times you can’t even hear the whistle out there.”

It’s a benefit of what has arguably been the Wild’s No. 1 season in their 16 years.

The 49 wins and 106 points were franchise records.

Five players scored 50 or more points, led by 69 from Mikael Granlund and 65 from Eric Staal. Captain Mikko Koivu produced 58 points, his best total since he had 62 in 2010-11. Goalie Devan Dubnyk won a personal and franchise-record 40 games, while Charlie Coyle, Jason Zucker and Jason Pominville each chipped in 47 points or more.

In addition, Ryan Suter and Jason Zucker tied for the league lead in plus-minus at plus-34 while Jared Spurgeon was a plus-33.

Those heady numbers evaporate in a cloud of disappointment if Minnesota exits the playoffs early, of course, but through 82 games this has certainly been a season to remember.

“We’ve done some good things,” forward Zach Parise said. “We’ve played well for the majority of the season and we feel like we’ve got a really good team.”

Parise was quick to add, however, that the Blues offer a major test. St. Louis, which won three of five games against Minnesota this season, finished with a flourish to end up sixth in the West with 99 points, seven behind the Wild.

“For the most part, we were consistent throughout the year,” Koivu said. “We’re proud of what we did, but also we recognize that we’ve got to get another gear.”

That’s because, according to coach Bruce Boudreau, the Blues are an opponent without a weakness.

Additionally, Boudreau pointed out, the NHL playoffs offer a different standard in both importance and quality of play.

“It ramps up pretty good,” he said. “I mean, there’s no taking shifts off; there’s no coasting.”

Boudreau noted that training camp steps things up for players who have been working out at a different pace over the summer, and the regular season delivers a second big step up.

And the Stanley Cup playoffs?

“It gets ramped up more than one and a-half times what the regular season was,” he explained. “It’s an exciting time. Players do things they wouldn’t normally do. They don’t worry about anything other than winning.

“And that’s what makes going for this trophy the best thing in sports.”