Ex-Gopher not in celebratory mood despite milestone goal 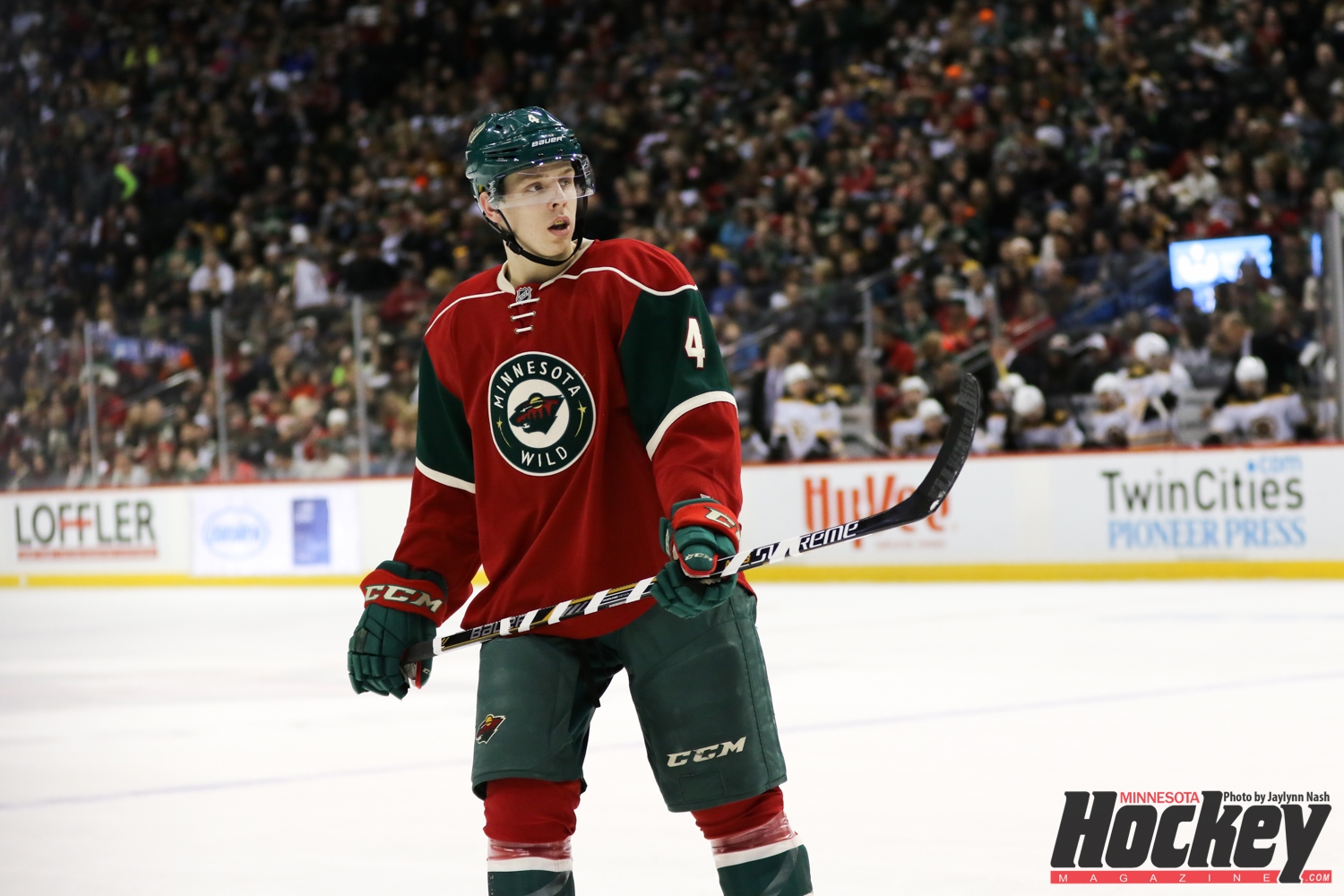 Ex-Gopher not in celebratory mood despite milestone goal

St. Paul – This was not the way Mike Reilly wanted his first NHL goal to come.

Reilly, the former Gopher and Minnesota Wild rookie defenseman from Chanhassen, was playing in his seventh NHL game Saturday afternoon and the Wild were losing 4-1 to the Boston Bruins.

Boston had just scored an empty-net goal to grab a three-goal lead, and most of the SRO crowd of 19,191 at the Xcel Energy Center had already abandoned its seats and headed for the frigid outdoors.

Then, in the final minute of play, Reilly launched a shot from the center point to make it 4-2, goal No. 1 in his NHL career.

“It sucks that it came the way it came,” Wild forward Thomas Vanek said, “because he’s a great kid. He’s going to be an unbelievable player in this league.”

Reilly, who won’t turn 22 until July, resisted the temptation to celebrate after his shot hit the Bruins’ net.

“The game was over at that point,” Reilly said. “The natural reaction is not to put my hands up.”

Not a fond memory to accompany someone’s first NHL goal.

Reilly got the puck after the game but also recognizes that he might simply have to pack in his belongings for another trip to Iowa in the near future, depending on the status of injured defenseman Jared Spurgeon.

“I don’t know what’s going to happen,” Reilly said. “When I get my number called, I’m going to go out there and play my game and try to help the team and try to produce.”

Vanek said Reilly showed class by not celebrating his goal, but he wasn’t surprised because Reilly is such a “smart player.” Reilly demonstrated that earlier on a give-and-go with Ryan Suter, Vanek pointed out.

“He’s going for a stick off the back door, which most guys don’t do,” Vanek said. “You can tell the vision. That’s hockey IQ; you don’t teach that.”

Like Vanek, Suter, Zach Parise, Mikko Koivu and everyone else on the roster, Reilly said he is mystified by the tailspin but will pitch in to make things better.