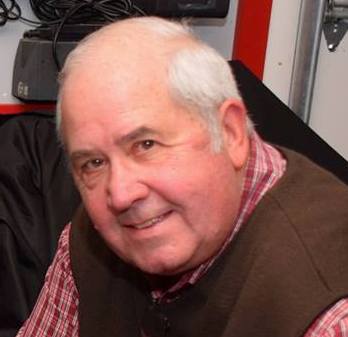 Please come join the celebration on December 21st starting at noon at Tom Reid’s, located in St. Paul just off of 7th Street.  We will honor not only this amazing man, but also  celebrate the game of Senior A hockey.  For those who ever played with or against the famed Buck’s team, your attendance would be greatly appreciated as we recall the glory days of hockey played by purists for the love of the game.

Minnesota Hockey Magazine will be giving a Lifetime Achievement Award to Roger Buck for his decades of service to Senior Men’s Hockey as owner and GM of Buck’s, a Senior Men’s team that won a total of 17 state titles and 11 National titles.

Roger Buck took on the role of coach for the old Pierce Skates team back in the early 70’s when he recognized the need and filled in the role of coach.  Though not an actual player, he was able to recognize gifted talent, and by the time he changed sponsors to his own Buck’s Unpainted Furniture store (Buck’s), the team was well on it’s way to glory, winning it’s first National Title in 1984.

Senior Men’s Hockey in its prime had over 40 clubs around the state playing full contact 60 minute stop periods and featured former professionals, college players, or players who had a high level of hockey skill and knowledge.  The game in Minnesota is no longer played, as due to many factors, teams no longer exist.

The Buck’s rival, the Saint Paul Parkers (formerly known as Kostka Electric), have met for many years at Tom Reid’s and are opening up their annual celebration to all.  Come and enjoy lunch and celebrate with those who played or were active in Senior A hockey, as we recall the best memories from those who played during this special time of hockey in Minnesota.