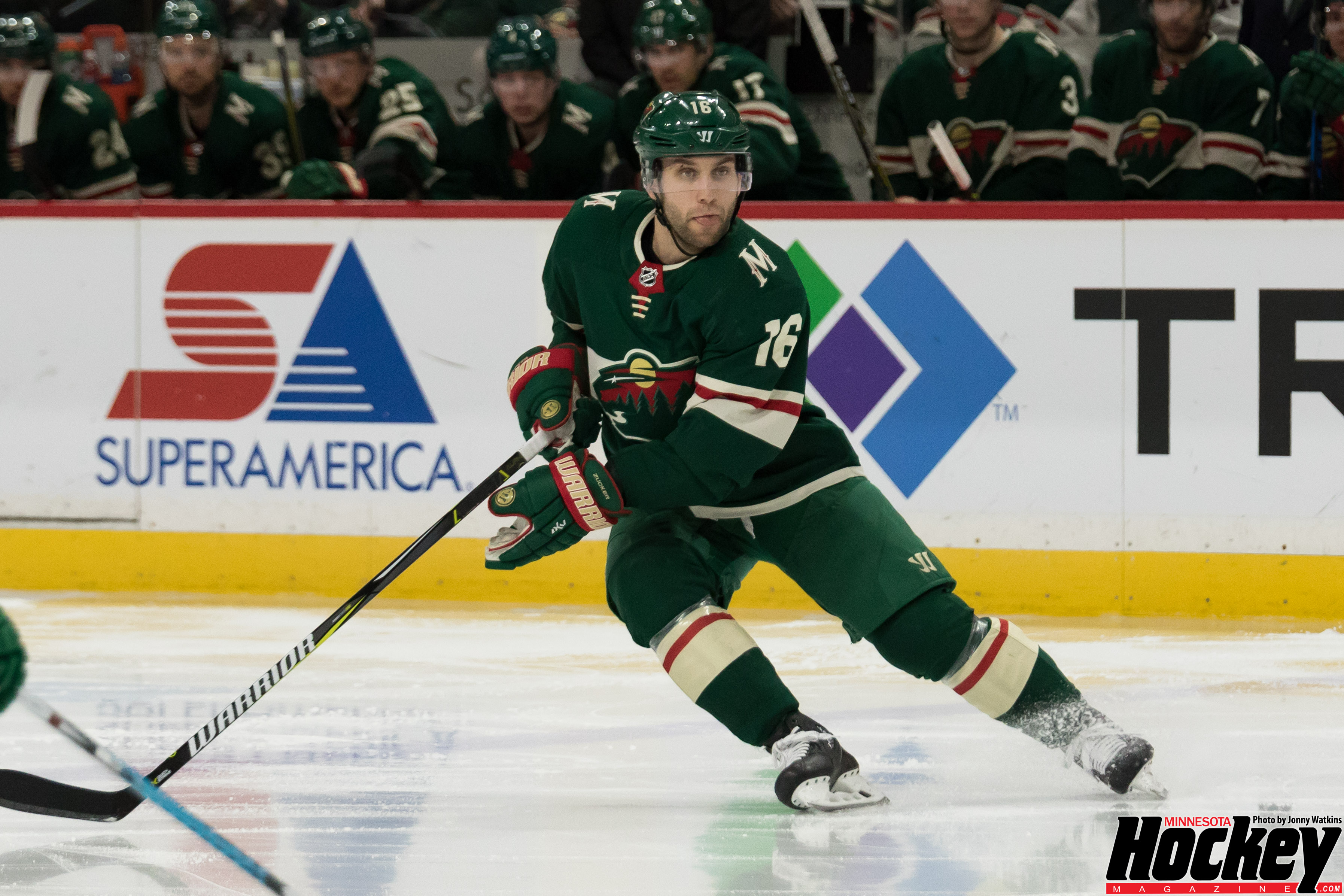 ST. PAUL — Five years ago, Jason Zucker was still trying to break into the NHL with the Minnesota Wild. He was 21 years old and developing his game. He went up and down between the NHL and the minor-league affiliates for a couple of seasons before making it stick.

No longer one of the youngsters that have come up through the Wild ranks, Zucker has turned into one of the leaders for Minnesota. Take the Wild’s first victory this season at Xcel Energy Center over Chicago. He scored two goals, including the game-winner in overtime, fired a career-high 10 shots and added an assist for a three-point night.

“It was something that we felt we really needed,” Zucker said after practice the next day. “After the first two games, we didn’t really like the start we had.”

But it wasn’t just the offensive performance on the ice that should stand out for Zucker. It’s also what he mentioned to the media following the team’s home-opener loss to Vegas in a shootout.

“We’ve got to get better,” Zucker said. “We’ve got to come out harder. We’ve got to have a better start, and I think that starts with the leaders in this room, the guys that are playing big-time minutes.”

This was after the Wild struggled once again to put out a complete effort right out of the gate, something that’s been an unfortunate trend for the Wild in this young season. Zucker wasn’t just looking around toward the rest of his teammates to do something.

His linemate Eric Staal, a veteran closing in on 1,100 career games and who added a goal and a pair of assists against Chicago, was also impressed with Zucker’s effort against a division rival.

“Obviously a great play by Jason to get it done in overtime,” Staal said. “That’s the type of game that we need to see.”

Though the Wild followed up the victory with a 5-4 overtime loss to Carolina two nights later, Zucker scored a power-play goal with a laser shot just inside the pipe for his 100th career tally. He’s the seventh player in franchise history to reach the milestone.

Now 26 years old and in his fifth full NHL season, Zucker said his place on the team is definitely elevated in terms of leadership.

“I wanted to make sure that I was one of the guys to step up and play well,” Zucker said.

Coach Bruce Boudreau can see the winger’s hunger toward claiming a leadership role as well.

“He’s got to that age where he’s played enough… that I think he wants to be a leader,” Boudreau said. 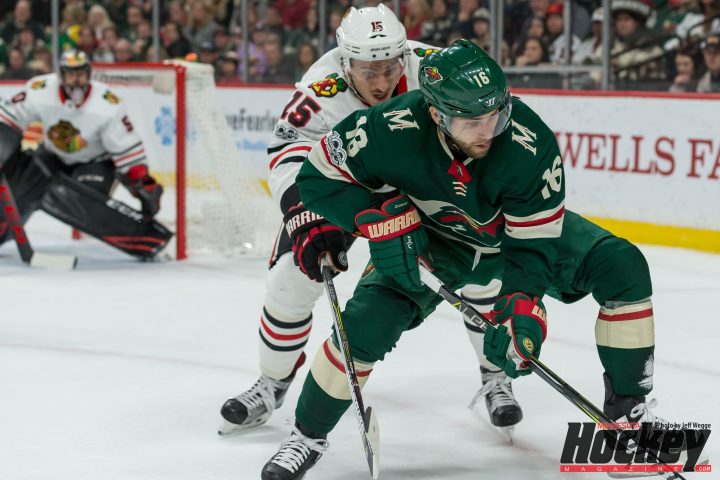 Speed has noticeably always been the asset at Zucker’s disposal on the ice. Though for him, he’d like to do different things using his speed, too, like take the puck up the middle, go wide of the net and just have a diverse playbook rather than simply skate as fast as he can, he said.

“When he’s using his speed and pucks are finding him, he’s going to create offensive chances and try and get up to that pace and be there and find the holes,” Staal said.

Zucker comes off his first season playing all 82 regular-season games and shattering his career-best marks all over the score sheet. He put up 33 goals and 31 assists for 64 points, which were all career-highs beating his marks of 22-25—47 (79 games) which set his benchmark in 2016-17.

Zucker also wants to stay focused on playing a consistent game. That consistency or lack thereof at times, has been a focus during the Stanley Cup Playoffs. In 31 career playoff games he has just four goals and four assists, plus a zero-point effort in the five-game series against Winnipeg last spring.

“I think for myself, it’s been the biggest knock on my career is being a consistent player,” Zucker said. “And so I want to make sure that I’m doing that every night.”

Over the summer Zucker was rewarded for his career year of regular-season numbers with a 5-year, $27.5 million contract with the Wild.

“I’m excited to be a part of this team for a while, and I want to make sure that I can be a leader for the next five years,” Zucker said.