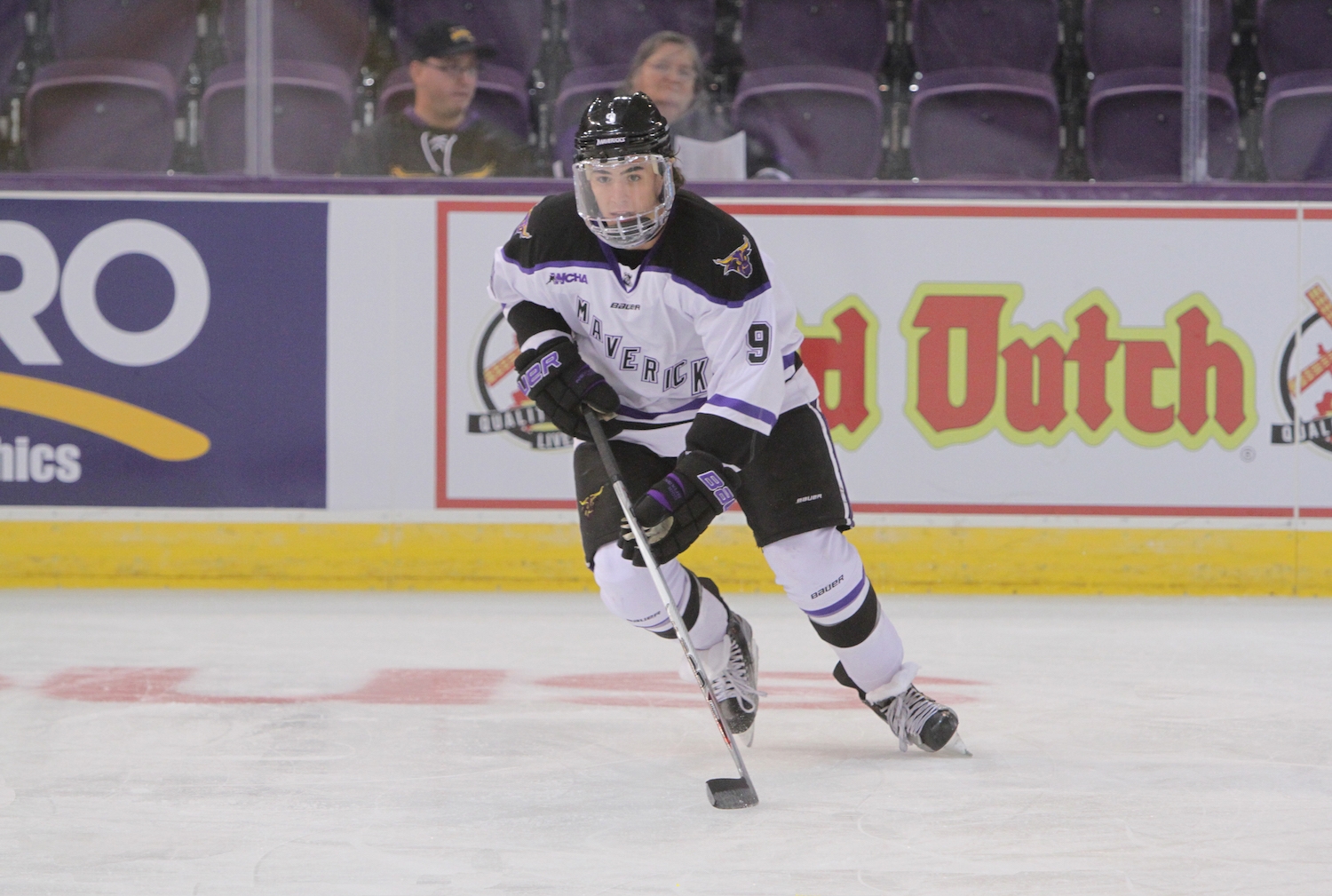 MANKATO — Few teams in the country have had the marathon first half to their season that Minnesota State has, which finally gets a break heading into holidays after playing on 10 consecutive weekends.

If you count an exhibition against the University of Alberta on Oct. 4, it’s actually been 11 straight weekends of hockey.

“We’ll take the break,” Mavericks coach Mike Hastings said. “Coaches aren’t geniuses. We get greedy. But they’ve put in a lot of work. They’ve put a lot of hay in the barn as far as just finding ways to get points when maybe we weren’t as sharp.”

Just the latest example was this weekend’s sweep of Alabama Huntsville at the Verizon Wireless Center. With the tanks nearly on empty, Minnesota State gutted out a pair of wins over the plucky Chargers, overcoming a first-period deficit each night.

With the finish line to the first half within sight, Hastings challenged his team not to go on break before Sunday.

“That was one of the things we talked about in the locker room, not to check out until these two games were done,” Mavericks forward Bryce Gervais said. “We found a way to get two wins. I think that shows a lot about our mental approach as a hockey team.”

Minnesota State has found several different ways to get points this season. The Mavericks have allowed the fewest shots on goal per game in the country and have a penalty kill in the top-15 nationally. But a toothless power play and some bad puck luck have made scoring a chore most weekends.

MSU suffered from a historic lack of offense; including a span of 213 minutes, 58 seconds without a goal at one point this season — which started the Mavericks’ season 0-4 for the first time in the Hastings era.

But a late comeback against Minnesota on Nov. 14 may have been the season’s turning point.

Just 24 hours after being shutout for the fourth time in 11 games, the Mavericks appeared well on their way to being shutout on the weekend for a second time.

Down 2-0 with under four minutes to play, the Mavericks got one back with the extra attacker to make it a one-goal game. A couple of minutes later, with the goalie pulled again, MSU tied it and sent the game to overtime.

With under a minute left in the extra session, senior forward Teddy Blueger scored off a rush, giving Minnesota State a 3-2 win over their rivals from the north.

It also started a nine-game unbeaten streak that the Mavericks will ride into the second half of the season.

“That was huge,” Gervais said. “Just finding a way, we put two forwards back there, I think that was a really big character-builder for our team.

“We found a way to get two big points.”

“I walked into the locker room and I thought I was in bantams,” Hastings said. “I went in and said ‘Has anybody in here ever played defense before?’ Zach Stepan stepped up.”

It’s been a battle to get guys back healthy ever since.

In the second of last week’s 2-2 ties with Bowling Green, injuries forced Minnesota State to dress two forwards at defense.

“We knew we didn’t have two defensemen back there but it didn’t slow us down,” Gervais said. “Those guys back there didn’t play with any hesitation.”

Going forward, the challenge will be to build on a challenging first half that has offered the Mavericks a full season’s worth of injuries and drama.

Hastings said he expects all but one of his players to be back from injury when his crew hits the ice next against Northern Michigan on Jan. 8.

Said Gervais: “We’ve gotta put our foot to the floor when we get back from break and just keep going.”