St. Cloud Cathedral is state champions in Class A. 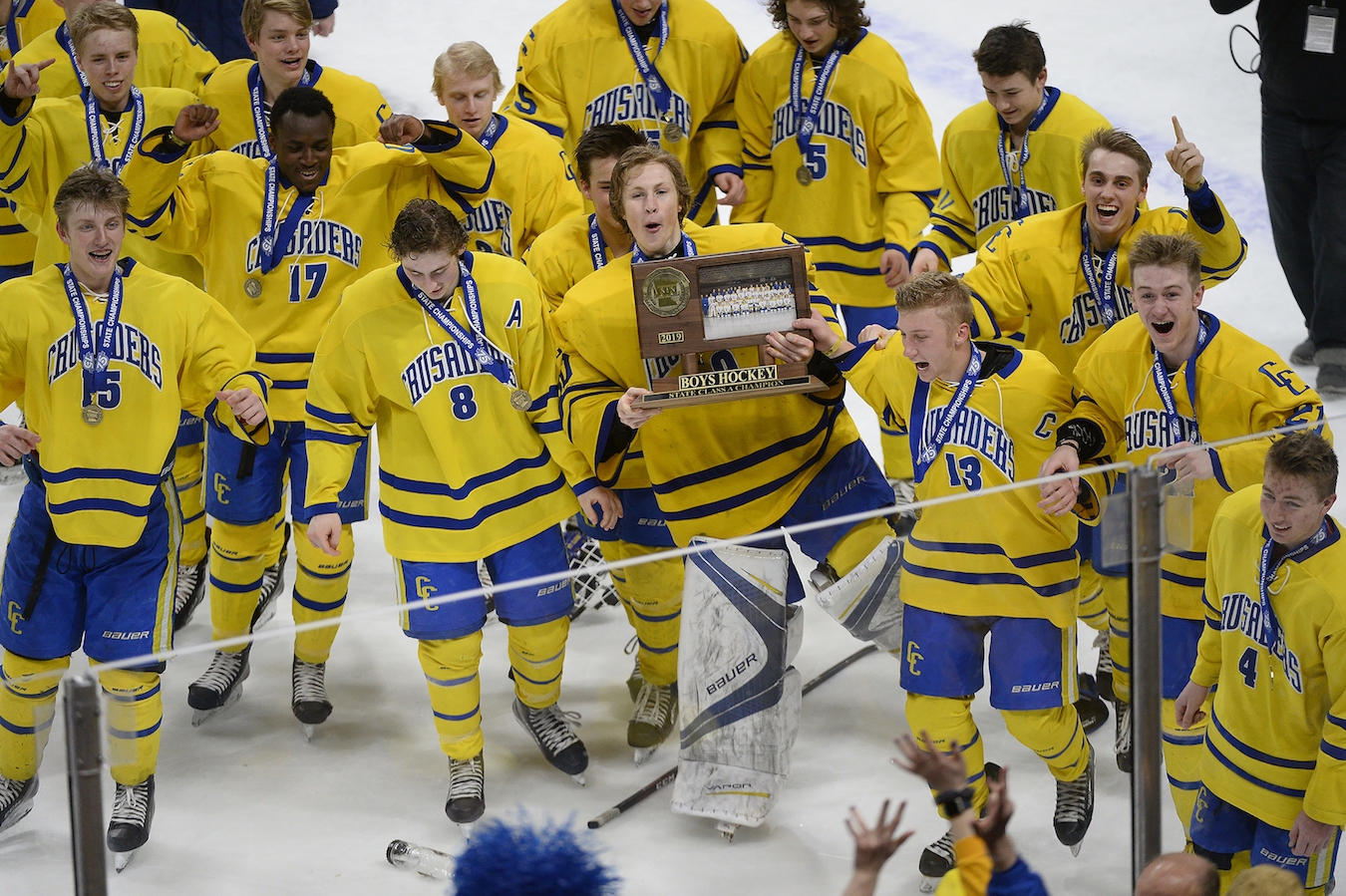 The St. Cloud Cathedral Crusaders have their first state championship, defeating the Greenway Raiders 5-2 in the Class A title game.

St. Paul — In a back and forth affair, the Crusaders finally have their state title. Led by Jackson Savoie, the senior delivered when it mattered most, scoring the game-wining goal at the 1:52 mark of the second period and the Crusaders never looked back.

Savoie, who scored 28 points – 14 goals and 14 assists – in 25 games in the regular season was just as good in the playoffs, with four goals in three sections games and four more goals in the state tournament.

Savoie’s goal was the turning point for the Crusaders.

“That was big momentum changer,” said teammate Jack Smith. “That was a great shot by Savoie and the guys kind of calmed down on the bench and we were like guys, we’re up by one. We just got to calm down and play our game and that was big change.”

The senior finished the game with three points in the win, with two of them being goals.

It’s also the first time the city of St. Cloud has won a state hockey championship.

After an action-packed first period where both teams held the lead, things were tied 2-2 heading into the first intermission.

During the second period, a golden opportunity presented itself for the Raiders as they received a five-minute major power play. Despite scoring two power-play goals earlier in the game, Greenway went silent on the man-advantage and only registered a few shots on goal as the Crusaders killed off the penalty, preserving their 3-2 lead. 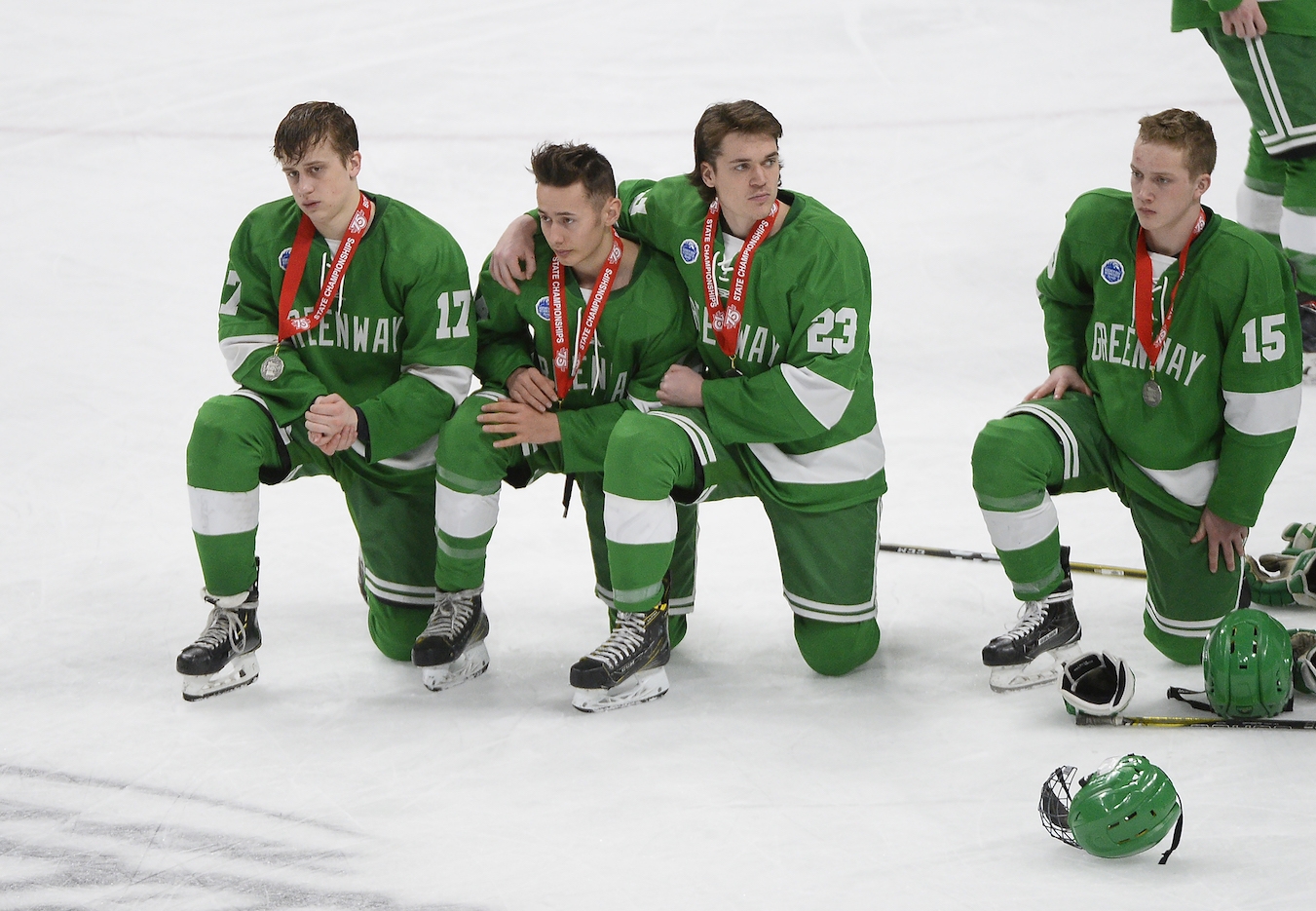 With the Raiders not being able to convert the lengthy power play, it was a turning point in the game.

“Yeah, I mean the five minute penalty, not being able to score on that was, was kind of, you know, wind out of the sails,” said head coach Grant Clafton. “But I don’t think we quit the entire game and, you know, I thought, you know given up shorthanded goals, you know, doesn’t help the guys, either.”

Greenway wouldn’t find the net the rest of the way as the Crusaders scored two more goals in route to their win.

Raiders senior, Donte Lawson, who received the Herb Brooks Award for Class A, was well deserving. Lawson put up 20 points – 10 goals, 10 assists – in six games dating back to sections.

“Playing with these group of kids growing up, that’s awesome,” said Lawson after his team’s runner-up finish. “With our families and our parents and our friends always come to the games and seeing from out of town people coming and the whole community really getting together and having a good time it’s awesome to see.”