Schwartz:
Becoming All He Can Be 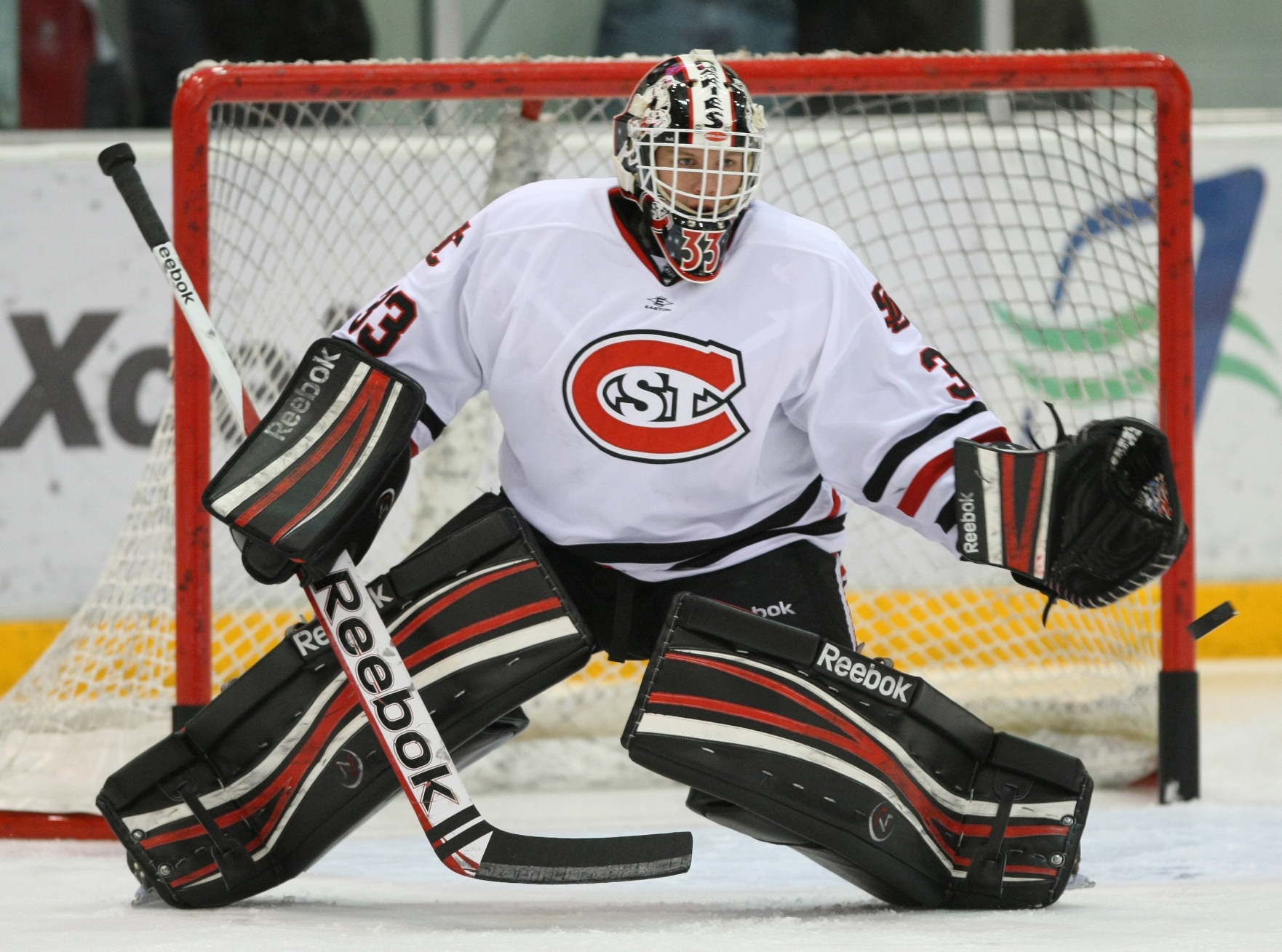 St. Cloud State goalie prepares to transition from protecting a net to defending a nation. 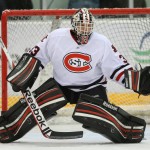 A back up goalie and red shirt freshman at St. Cloud State, there are very few situations in hockey he can’t handle mainly because while hockey is a great passion of his, it’s only part of who he is.

“I’ve learned that it’s better to be well rounded in everything that you do rather than just be a hockey player” says Phillippi.

Joe is in the ROTC program at St. Cloud State, which means his days and weeks are pretty full. Mondays, Wednesdays and Fridays are what he deems “normal” days; 10 am class, 2:30pm practice, a workout after, and then home for dinner and studying. Tuesday and Thursdays things get a bit more demanding. Up at 5:30am for ROTC, class from 8 – to- Noon, then practice at 2:30 pm, dinner and schoolwork and finally sleep.

“Time management has become really, really big,” he chuckles. “I use my planner a lot and remember everything I have to get done”.

While most of us used the four years (or more, there is nothing wrong with that) to explore our lives and find a career, Phillipi is focused—like a laser sight—on what he wants to do after school.

“I’m going to serve my country and provide for people that I might not even know  (and) that idea and that honor is great to have”.

The idea to go into the military started while in high school at Hill-Murray, where he was a standout net minder for the Pioneers. He and his brother would talk often about going into the military, but never followed through. It wasn’t until his stint in junior hockey in Fairbanks, Alaska that Phillipi had a chance to meet members of the military and even visit Fort Wainright.

“Kind of got sick of just talking about,” Phillippi reflects.  “I felt like I got to a point where I just kept saying ‘I want to do stuff and never actually did it.’”

He says the opportunity to be in one of the best ROTC programs in the Midwest at St. Cloud State was a big reason he chose the school. Now, it provides him the inspiration to work his way through it.

“It’s funny to think, I really don’t want to do this homework and there are people overseas who are fighting for me to be able to do this,” he says.  “Then to think that hopefully someday that will be me, it’s just a great honor to think that.”

That thought isn’t lost on his Huskies teammates either. Sure they like to give him a hard time when in the weight room, telling him he should be able to lift more weight cause he is tough and “in the army now”, but Phillipi knows that his teammates have great respect for him. So much so, that being at the rink has become a chance to get his mind of his busy schedule and play some puck.

I have long felt that it takes a special type of person to serve in our military. A true passion for service is simply not enough. It takes a mixture of intelligence, strength and the ability to completely believe that there are bigger things in this world than just you and be willing to sacrifice everything that you have for it.

Joe Phillipi exhibits it as a member of the Huskies hockey team, but he lives it away from it.

Phillipi still has four more years of battling on the ice before the real battle will begin. For most of us that might seem like a good thing for him, it might be the only thing that proves to be hard to handle.