Schwartz: Credit Where Credit’s Due

Dynamic duo of Craig Leipold and Chuck Fletcher combine to build a contender in Minnesota. 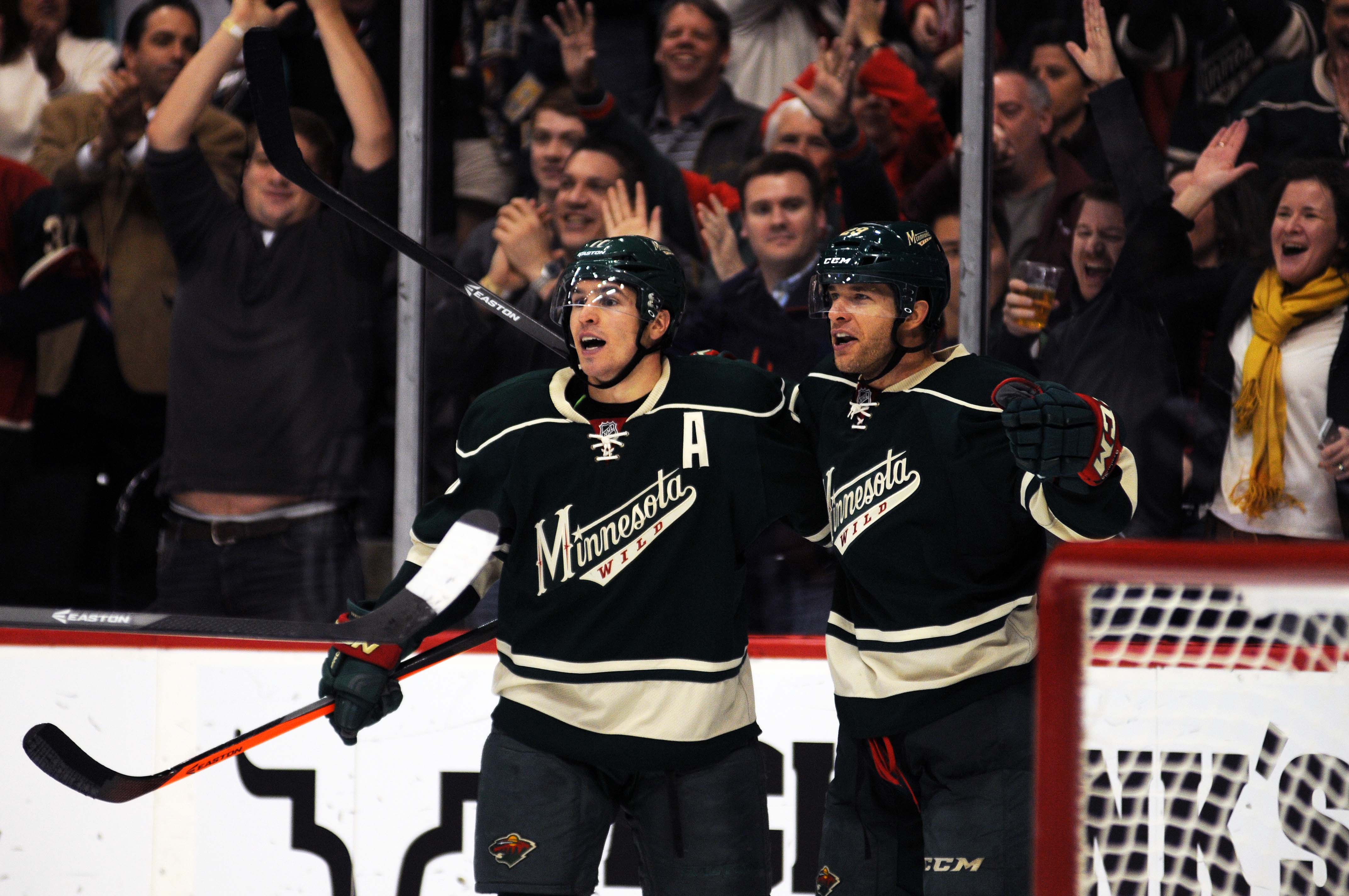 Dynamic duo of Craig Leipold and Chuck Fletcher combine to build a contender in Minnesota.

They are the NHL’s version of Bonnie and Clyde, Starsky and Hutch and Penn and Teller, all rolled into one. Part good guys, part bad guys and a whole lot of magician.

Wild Owner Craig Leipold and General Manager Chuck Fletcher have wheeled, dealed, and in some ways stealed (yes, I know the proper word is stolen – but it had to rhyme) their way into being a contender in the NHL. The latest moves at this years NHL deadline were just another example.

Lets look back at what they have done in the past two years. July of 2012, they sign arguably two of the biggest stars in the game Zach Parise and Ryan Suter—virtual no brainers, as long as a team could find the cash and/or convince the tandem to work out a deal so that they could play together. The move proves to be brilliant in two ways: They have been everything a team could hope for on the ice, and players want to play with them.

Which leads me to the Wild’s second great move, bringing in Jason Pominville at last year’s trade deadline? He had 9 goals in 10 games last season and he’s already got 46 points this year. It was a risky move for Minnesota because they shipped out young talent. For Pominville it was a chance to leave the hockey “black hole” that is Buffalo to come play with guys like Parise and Suter in Minnesota.

But those moves weren’t enough for the Wild brass. Simply making the playoffs wasn’t good enough—which is exactly the way it should be! Leipold and Fletcher run the Wild in a way any fan should appreciate. They know that the product on the ice, for the most part, is dictated by how much you pay for players.

Yes, drafting good players and bringing them up through the system is the best way, but unless you have a draft pick in the top 10 picks, the chances of getting the next Sidney Crosby, John Tavares or Nate MacKinnon are slim. You can take a chance on a few guys in later rounds and hope they pan out, but guys like former St. Cloud State Husky Ryan Malone, (4th round 1999), Detroit’s Henrik Zetterberg (7th round 1999) or Philadelphia’s Max Talbot (8th round 2002) don’t come along that often.

Which brings us back to what Leipold and Fletcher are attempting to do here in Minnesota: Refusing to give up and refusing to believe that this state is not a winning hockey state.

Niklas Backstrom is shutdown and Josh Harding is ill?

No problem, go out and deal for Ilya Bryzgalov.

Fleece Buffalo one more time and deal for Matt Moulson.

And once again it’s working. Other than the fact that I have to believe everyone in Buffalo hates Minnesota for the talent they’ve literally stolen away in the last two seasons.

Bryzgalov was not brought in to be the next Vezina Trophy winner. He is here to back up the young and talented Darcy Kuemper when he needs it. Yeah, Bryz got lit up in his Wild debut, but give him a little time to adjust.

The fact is he got the team some points in the game that ended as a shootout loss and that is all that you want from a back up. You hope for more, but as long as he can keep the train on the tracks while Kid Kuemper gets a much-deserved night off, well than anything more is gravy.

The deal for Matt Moulson was even better. Moulson is a three-time 30 goal scorer (all done with the Islanders, no less) who has toiled away his career with the Isles and Buffalo. About the only two teams worse to play for would be the (Former) Atlanta Thrashers or Siberia of the KHL (and yes, they have a team).

It was somewhat known that Moulson didn’t love Buffalo, but still to be able trade for him what Minnesota did was almost criminal. The other two players in the deal were pretty much a clean swap, so they essentially traded two second round picks to Buffalo for Moulson’s services for the rest of the season at a very reasonable price.

How good was this deal? As much as a day before the deadline, the organization wasn’t totally sure it would even get done.

As we love to say in Minnesota, the pieces are in place for the Wild – and kudos to the organization for doing so. In any professional sports league there are more ‘wait and see’ folks than there are ‘lets get it done now’ people.

Be happy Wild fans your management is a card-carrying member of the latter. A card they have been maxing out getting this organization to where they want it to be. All of which will be worth it if the Wild now does what Fletcher and Leipold believe they have built it to do, make a playoff run.