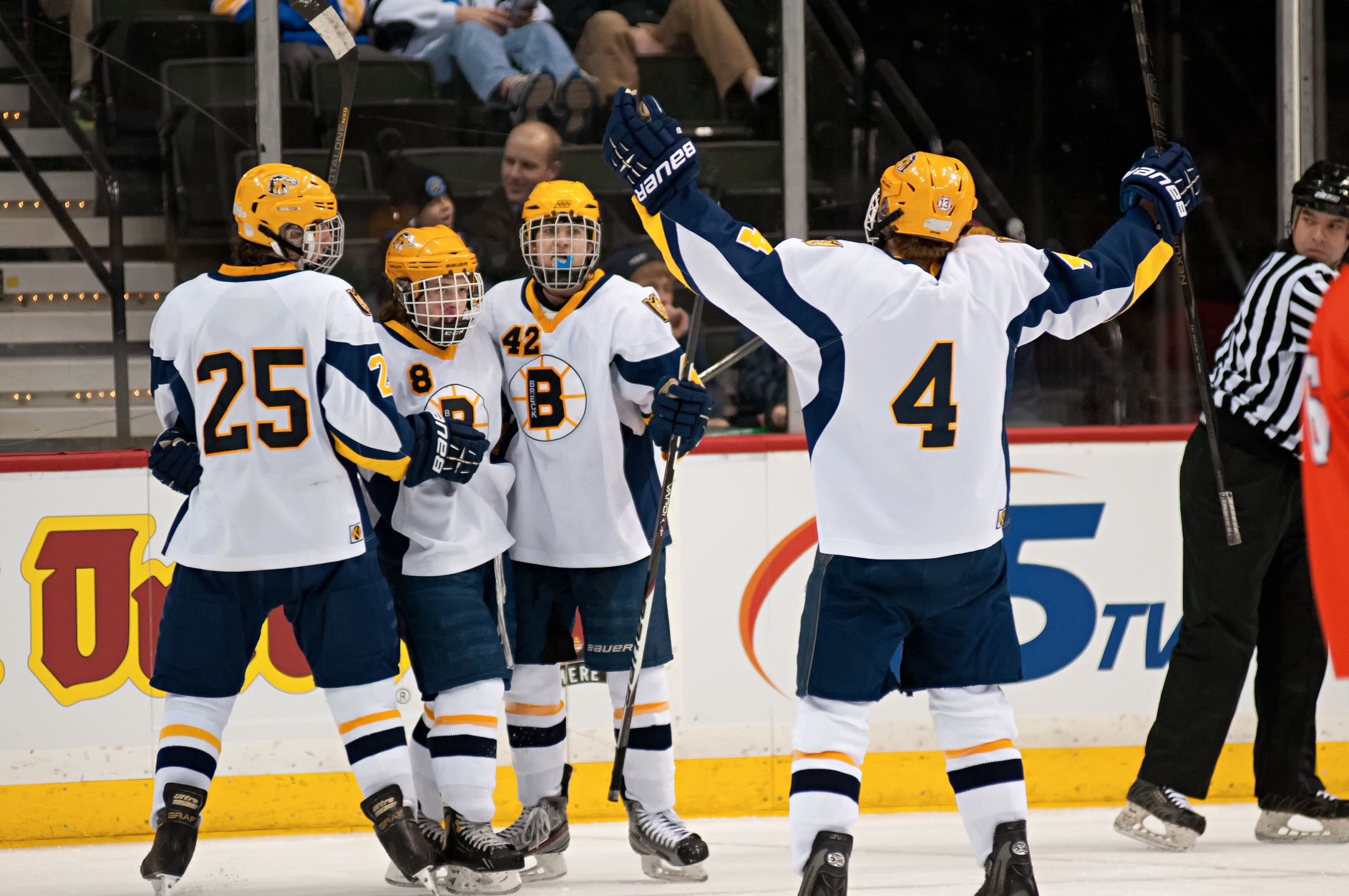 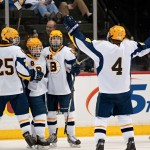 I have to admit that I have become a puck snob. College or pro, men’s or women’s if there is a game on TV or that I can go watch live I always take the opportunity.

You may have noticed that I didn’t mention high school, which started its season at the end of November and, in my mind, that is a league of its own awesomeness.

Since I moved here six years ago, I have been infatuated and constantly impressed with the quality of hockey at the high school level in our state.  On any given night in any part of the state you can see a good game — not to mention a host of prospects that are sure to make it to the next level.

Take a glance at a National Hockey League roster, if there is an American on it, chances are he played high school hockey in Minnesota. According to QuantHockey.com, a website that tracks where players were born, Minnesota currently leads the way with 34 active players in the NHL (In case you wondered Michigan is 2nd with 32).  Not only are the numbers impressive, the caliber of players is as well. Names like Cullen, Parise, Byfuglien, Wheeler, Martin, Okposo and Backes, just to name a few. These are players that are leaders on their team, All-Stars and Olympians.

Pick a city and a game somewhere in Minnesota, and you have a good chance of seeing a future NHL star.  The Wild have certainly taken advantage of this as they have a number of Minnesota born prospects currently in their system that they expect to make an impact in the future.

Even when players do get to the professional level, they never forget the rivalries that were forged in high school. It’s serious business to put on a sweater for a Minnesota high school, if for no other reason than the numbers. Teams have an astounding number of kids who try out every year, but only a few make it, which gives those who do an immense sense of pride.

I have covered plenty of games in my time in Minnesota and the fandom is always something that makes me smile. Whether it’s a student section that is full of painted faces, or on old barn that is packed to the hilt for a big time match-up, people take high school hockey seriously and that is what makes it so special. (I’ll save my gushing about the state tournament for another column).

It’s easy to understand why the rivalries run so deep in high school hockey. It’s simply the purest form of the game. They don’t play for shoe deals, scholarships or big paychecks (although most of them hope to some day). They play simply for the crest on the front of their jerseys and not for the names on the back. So often at the professional level that’s not the case but in high school it’s all they know. It’s really the first time in your hockey career that a player realizes that the team is bigger than him or her and that buying into that theory is essential for success.

So as the season begins to ramp up and we get into the cold months of our brutal Minnesota winter, grab a cup of coffee, drive to your local rink and support your high school team. I promise you’ll see a great game, with a great atmosphere and you’ll probably see me there taking it all in.