Schwartz: NHL got it right in Voynov case 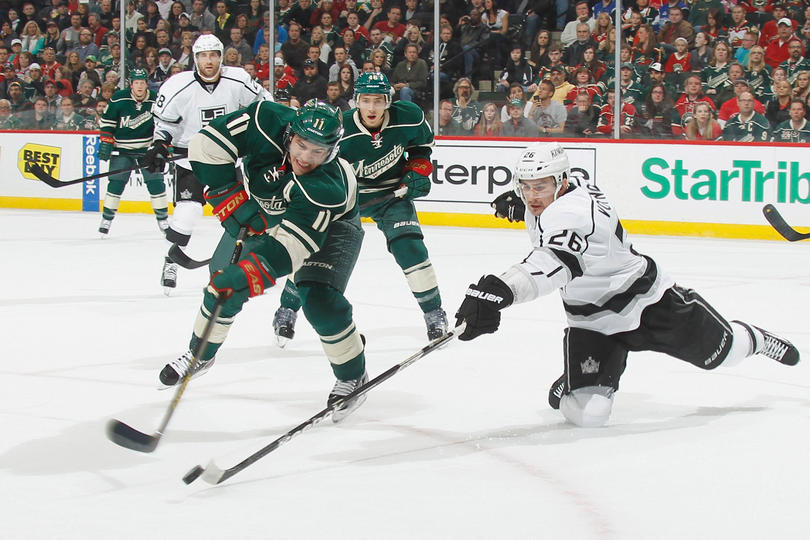 Los Angeles Kings defenseman Slava Voynov dives in an effort to prevent a scoring chance for Minnesota’s Zach Parise during a March 30, 2013 game at the Xcel Energy Center in Saint Paul, Minnesota. (Photo by Bruce Kluckhohn/NHLI via Getty Images)

Between Ray Rice, Adrian Peterson, steroids in baseball, even going back to the Miami Dolphins bullying scandal last year and so much more, it’s been a bad several months for professional sports leagues.

Last week it was the NHL’s turn and they got it right.

By now you’ve probably heard, on Oct. 19 Los Angeles Kings defenseman Slava Voynov was arrested on suspicion of domestic assault. The NHL and the Kings suspended him with pay while the legal process is settled which is allowable per the collective bargaining agreement. This decision shows that the league and the Kings have indeed learned from what has recently gone on with the NFL.

And for that I say, kudos! 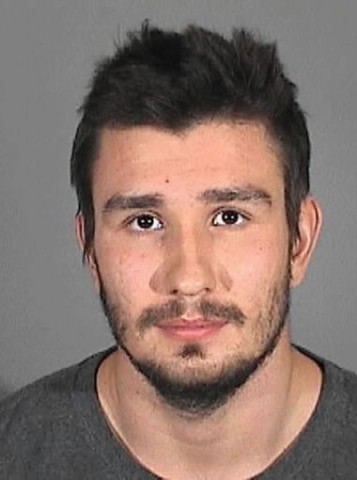 Yes, they are still paying him but in my mind that is small price to pay in order to demonstrate a greater message: Domestic abuse will not be tolerated by the NHL. That indeed it is ridiculous to – even for mere moments, allow this kind of behavior in people who are elevated to the status of role models. The NFL is beginning to realize this, clearly the NHL already has.

Too many times in the last 4 -6 months I have found myself pouring through legal documents and getting myself acquainted with what is and what isn’t acceptable treatment of others by local law. All the while wondering, why in the world it’s even a question as to whether these athletes should be playing.

Yes, I am talking about the Adrian Peterson child abuse situation and by this point we all understand that AP sitting out and not playing football is the right thing to do. The problem is, it took the Vikings and the NFL far too long to figure this out.

The NHL has not repeated the cycle.

Now, I am not saying that Voynov is guilty. That is for a court of law to figure out. But the NHL is essentially saying that anytime you are involved in something like this, you will have to sit regardless of your level of innocence. It is also important to note that Voynov’s wife has not decided whether she will press charges or not.

One can only hope that this will become the norm for the NHL and other sports leagues. It is important for players to understand that young kids, and even adults, look up to them and their actions. I know that some players don’t want to admit that they are role models, but they are. And part of the reason they get paid so much money is the inconvenience of having their lives lived under a microscope.

No, you can’t go out, get intoxicated and act like a fool; no you can’t drive 50 miles per hour over the speed limit and, unfortunately, in some cases you can’t even go out at all. I am sorry, but that’s the way it is and that is why you get paid all of that money. It’s not fair, but in many respects neither is the amount that you get paid to play a game, but it is part of the deal.

The life of a professional hockey player (or any athlete for that matter) is both great and awful at the same time and THAT is why they are compensated to well. I’m not here to argue whether it’s worth it or not, just simply stating the facts (as I see them).

But let’s not stop there. Why not stop the bullying and hazing in all of these leagues as well? I know that it’s a “rite of passage” to be tough on the new class and that we’ve ALL had it done to us at one time or another — but that doesn’t make it right and at some point the cycle needs to be broken.

We’ve heard far too many stories of young high school kids in all sports taking part in this (when I was a high school football player I once got taped to a fire hydrant with my friend). The only way that it will stop on the smallest level is for the kids to see that it’s not accepted on the largest.

Having harmless fun is one thing, wearing costumes or carrying skates and pads is harmless. But as adults we all know where the line is and when it’s crossed. I’d like to see the NHL and the other leagues make sure that is doesn’t get crossed anymore. Then and only then will the cycles start to break from the ground up.

So congratulations NHL on realizing that putting on hockey games is only part of your job … and realizing that setting an example to those watching is just as big of a part.