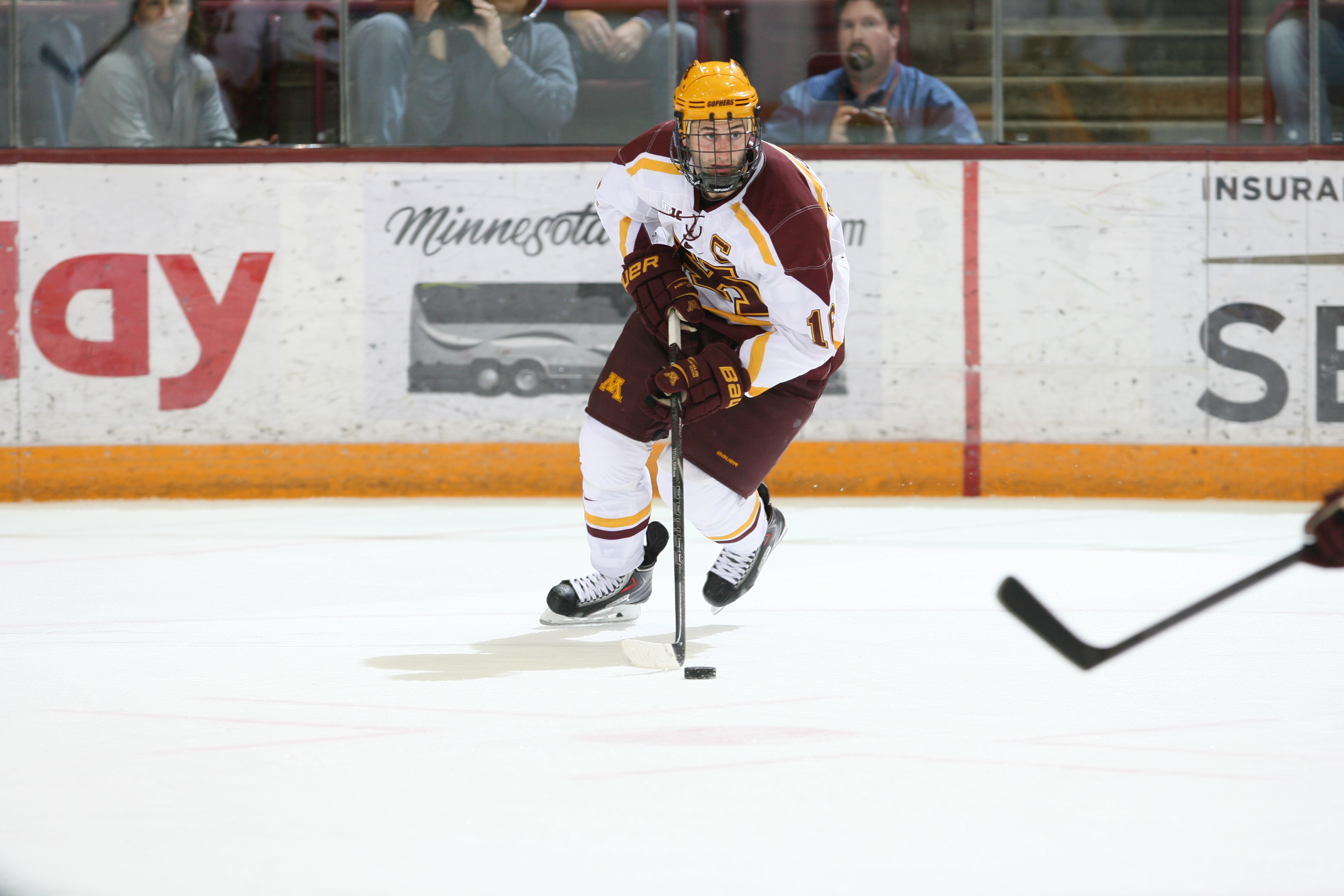 Gopher men’s hockey senior captain Nate Condon knows there is something that will always keep him from totally fitting in here in Minnesota. 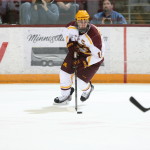 “It’s a little different for me being from Wisconsin,” Condon acknowledged.

That’s correct, the captain of the most historically successful division one hockey program in Minnesota isn’t from here.

Condon is from Wausau, Wisconsin. He was a star at his high school, Wausau West, and on Team Wisconsin of the upper Midwest Elite league. Not surprisingly, he and his family were University of Wisconsin Badger fans. However they have since changed their tune.

While Condon is not the first to cross the border into the land of 10,000 lakes or the first captain to be born elsewhere, he is the first from Wisconsin, a state that seems to draw ire from loyal Minnesota hockey fans.

“Wisconsin week is always fun for me”, Condon chuckles.

For decades it was common for the Gopher hockey roster to be comprised solely of Minnesota-born players, but that has changed over the years. After all, if the school wanted to compete and win they had to go after the best talent available, not just in our back yards. Condon believes the influx of out of state players says a lot about how much the talent level has improved outside of Minnesota.

“It goes to credit hockey in Wisconsin,” says Condon. “And that it is coming up and catching up to Minnesota and I think that is why I love it because, being from the state right next door, I get to experience this.”

While the state of Minnesota may not be where he was born, being a leader is how he was born. Condon was the captain of his high school team and an assistant captain in juniors. Becoming the leader of the Gophers is something that has always been a dream and he takes it very seriously.

“Just in my time here to have guys like (Zach) Budish and (Taylor?) Matson, (Jay) Bariball, it’s huge for me and it’s something that I have really treasured.”

There is something refreshing about progress and change even in hockey. Condon represents a very exciting trend in the college game. Hockey is growing and the best talent is no longer located JUST in Minnesota. On the surface that may not seem like a good thing, but to me it signals something exciting.

The game is spreading.

Great players are sprouting up all over the country and hopefully they continue to play US college hockey, making the game we love more competitive and exciting to watch.

Nate Condon will likely not be the last captain to ever hail from Wisconsin. He follows in the footsteps of some great non-Minnesotans leading the Gopher program. Although he admits after you wear the Gopher colors long enough, who you were doesn’t matter as much as who you are now.

“To be honest I’ve been here for three years so I pretty much associate myself with the state now.”

With his play so far and the ability to lead this young talented group, Gopher fans will not care where Condon started, only how he can lead his team to a successful finish.