Schwartz: Parise keeps the pedal down

Winger leads Wild by example on and off the ice 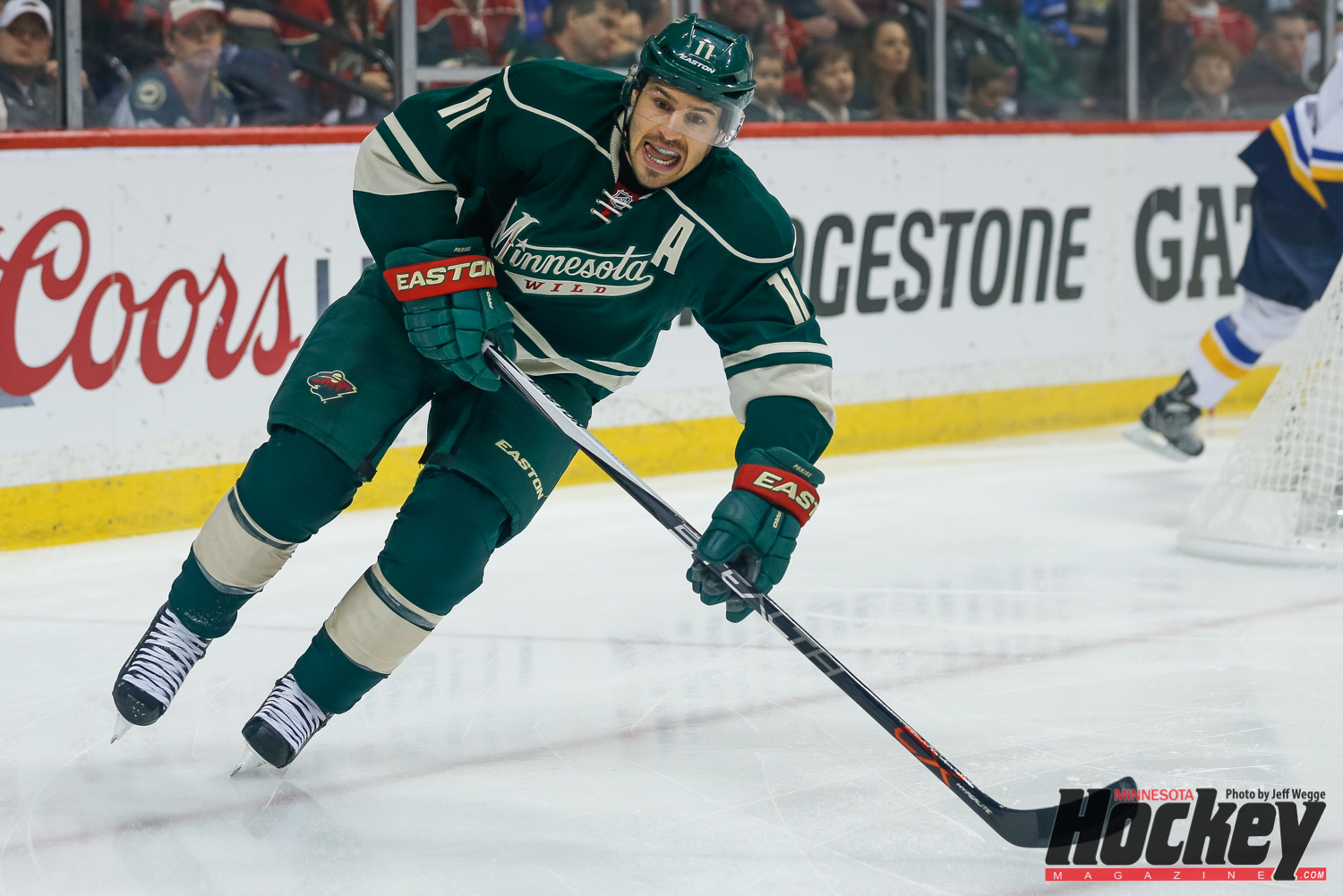 Winger leads Wild by example on and off the ice

Is there a better professional in the NHL or a guy you’d rather have playing for your hometown team than Zach Parise?

Let me answer that one for you. Unequivocally no.

When the Wild signed the winger as a free agent three years ago, we thought were getting a great hockey player. A local boy with a hockey legacy who possessed amazing skill, smarts and God-given talent.

Parise has been so much more, turning into a savior of this Wild franchise. In the beginning there were detractors who felt the Craig Leipold spent too much money on the deal. But three years later it’s clear the Wild bought into the hockey equivalent of Apple, just before the first iPhone.

And most only know the half of it.

Zach Parise is a one the NHL’s best players. He is also one of the hardest working. His motor never stops, neither does his drive or passion for the game. You would be hard pressed to think of a moment in which you were watching a Wild game the past few season and saw Zach Parise coasting.

His numbers show this as well. 80 goals and 50 assists in the regular season and in the post season he’s even better, (9 goals and 15 assists). And isn’t that what a franchise wants? Its biggest players playing their best hockey in the biggest games? (This was one of the many reasons that Marian Gaborik was such a maligned figure when he left Minnesota).

But talent alone is never enough and his leg power might only be matched by is brain power. After game 6 of the St. Louis series I asked Parise about his short-handed goal against Jake Allen in which he skated, full speed, to the goal line and scored on a near no-angle shot.

I inquired as to whether they as a team had practiced that, after I noticed a few players trying that move unsuccessfully throughout the series. Even as I asked the question I thought that it was a silly notion to think that a player would break down the game THAT much and practice that move and then be able to execute it in such a big game.

“Yup..I did my homework on him,” Parise told me with a coy smile.

It’s one thing to know the game it’s another to be able to execute it at a high level, with speed and efficiency. That is was separates the ‘goods’ from the ‘greats”. It’s what makes Jason Zucker a good player, who is striving to learn from and aspire to be the great player that Parise is and why Mike Yeo matched them up earlier in the season to help Jason unlock the potential Yeo believed that he had. And if it wasn’t for an injury that kept him out for months, Zucker was on pace for a career year.

Therein lies the greater benefit to having a guy like Parise in the locker room. He embraces his role as a leader, maybe even relishes in it. He talks and teaches other players and he leads by example.

In St. Louis I spoke with Craig Leipold for a TV interview and we had a conversation afterward about how this team just seemed poised to make a run and about how seriously and business-like they were handling this post season. He recognized that it started from the top with Zach Parise.

And selfishly he’s great to the media as well. I know, I know, to the masses it means very little. But in this day and age of players feeling like we (the media) are the enemy, it’s nice for a guy to recognize that we’re just trying to do our job. It would be easy for Zach to brush us off at times, heck if he granted every interview request he’d never have time to breathe.

Still, after every win, lose, or draw; after every practice and even after his dad passed away after his battle with cancer, Zach Parise stands up and answers every question asked. No anger, no attitude, and never any rudeness.

Oh, how I wish every athlete would follow his example and understand that if you just play your game and answer a few questions, the world would be your oyster.

Parise will never have to worry about money, mostly due his contract in addition to his endorsements. Now, I am no ad-man but I have to think that I’d rather spend money on an athlete who always looks and sounds his or her best on camera, than an athlete who refuses to answer questions or when he/she does, seems like that rather be getting a root-canal (I’m looking at you Marshawn Lynch).

While there are other integral parts to this Wild team, it’s become clear that Parise is the driver of this car. And he’s has no intention of taking his foot off of the gas pedal until they cross the finish line in the position they want to … and maybe not even after that.