The other side of the great age debate 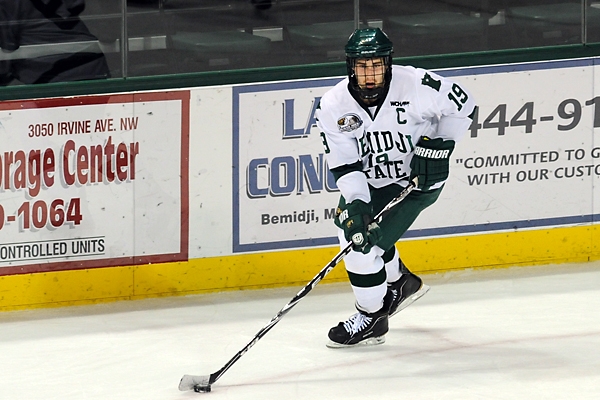 The other side of the great age debate

Let me start this column by stating that I don’t care who or whom from the Big Ten hockey conference proposed this new legislation that would put age restrictions on college hockey players. But I do think that it has the potential to take away something that college hockey seems to do so much better than other college sports; the ability to have parity.

Without it, the biggest and most prominent schools will get the best kids and the rest will settle. There will be very few Cinderella story victories. The Minnesota Golden Gophers, Boston University Terriers and the North Dakota Fighting Hawks of the world will win every national championship for the next decade. Sure, the smaller teams will get the occasional blue chip recruit, but they won’t be able to do it alone.

I have heard both sides of the argument. From the coaches who are proposing this, which Dan Myers at College Hockey News did a great job of outlining in his interview with Minnesota coach Don Lucia, and from those who oppose it.

The coaches of the Big Ten have a legitimate concern with the wide age range between true freshman (18) and freshman enrolling after a junior career. At 18 you’ve barely learned how to grow a beard. By the time you’re 21 you’re shaving twice a day, you’re body is fully matured and you could really do some serious damage to an 18-year old punk straight out of high school.

But some players are those who aren’t physically ready can be red-shirted or play juniors for a year. They will lose no eligibility and the extra time will allow them to grow physically and mentally.

But the potential damage to smaller programs of the college hockey landscape is a real threat. In Minnesota, probably 90 percent of kids who grow up with a stick in their hand want to be a Gopher someday. At a smaller school they often get the student athletes that haven’t matured enough as high schoolers to catch the eye of the bigger schools. So those players go to juniors, the play hockey everyday against top competition and they excel. Then they earn a college scholarship and get to live a wonderful dream of being a collegiate hockey player at the age of 21. 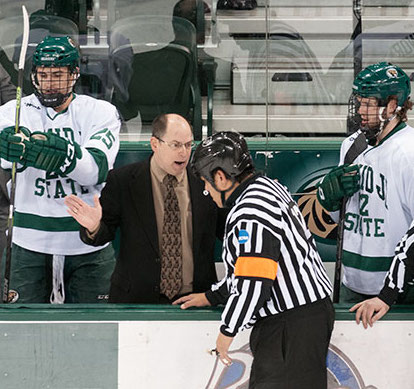 No one knows better than Tom Serratore at Bemidji State. His roster is full of players that started their college career a little later. Like Matt Read, who played for the Beavers from 2007-2011

Read, now in his fifth year with the Philadelphia Flyers, agrees.

“For individuals like me, I don’t think I would be in the position I am in today if I had to go to school a year earlier or was told I could only play three years of college hockey,” Read told me by phone from Philadelphia. “Some guys are ready to go at 18 and others need that time to grow a little bigger and get a little stronger. “

But the draw of older kids isn’t just about talent on the ice. Coaches who oppose of the age limitation contend that kids who have completed a junior hockey career are just more mature to handle the rigors of the college game.

“The reason they are less risk is that they are ready for the extreme challenges of college hockey,” Serratore says. “Those challenges include being successful academically, fighting for playing time, being away from home and overcoming adverse situations because they have already been through them”

Serratore and other “mid-major” coaches, as he refers to himself, know that they don’t often get the top line talent right out of high school. With the new legislation some of his freshman would only play 3 years — if at all. Which could severely limit some programs chance at competing on a yearly basis.

“A lot of people don’t want three-year players,” Serratore says. “Recruiting is hard enough and the first two years are typically transitional for incoming players. I don’t know if I’d want to roll the dice on a kid for three years, I’d rather have him for four years. So this legislation could shrink an already small recruiting pool.”

“Our game is strong right now,” Serratore went on to say. “Why would we want to hurt our game when 30 percent of the National Hockey League is comprised of college hockey players.”

Recruiting and college sports is a vicious and often cut throat business. The strongest survive and the weakest fail. But in other sports the playing field is a little more even. In football, baseball and basketball there is no development system that feeds into college hockey.

So, for the most part, everyone recruits from the same batch of kids at the same time. The best schools with the best reputation get the best players. Ignoring the fact that hockey is different is just not fair to schools. Junior hockey, while not for everyone, is a great opportunity for some athletes to improve at their game, grow up both on and off the ice and earn a college scholarship.

I never had the chance to play collegiate hockey — I could have kept playing until I was 31 and that wouldn’t have mattered. But do we really want to limit the amount of kids who actually have a chance to play from doing so?

Let’s not forget that collegiate sports are a game. Winning counts but so does the experience of being on a team, setting and reaching goals, and learning how to count on and work with the person next to you no matter what. Collegiate sports also allow some kids to go to college, when they otherwise would not have had the money to do so thanks to an athletic scholarship.

So while the motives of the Big Ten may not be to exclude some from playing this great game at the collegiate level, it very much has the potential to do so. And the last thing that anyone wants is to not continue to grow the game we love.