Schwartz: The best of both worlds 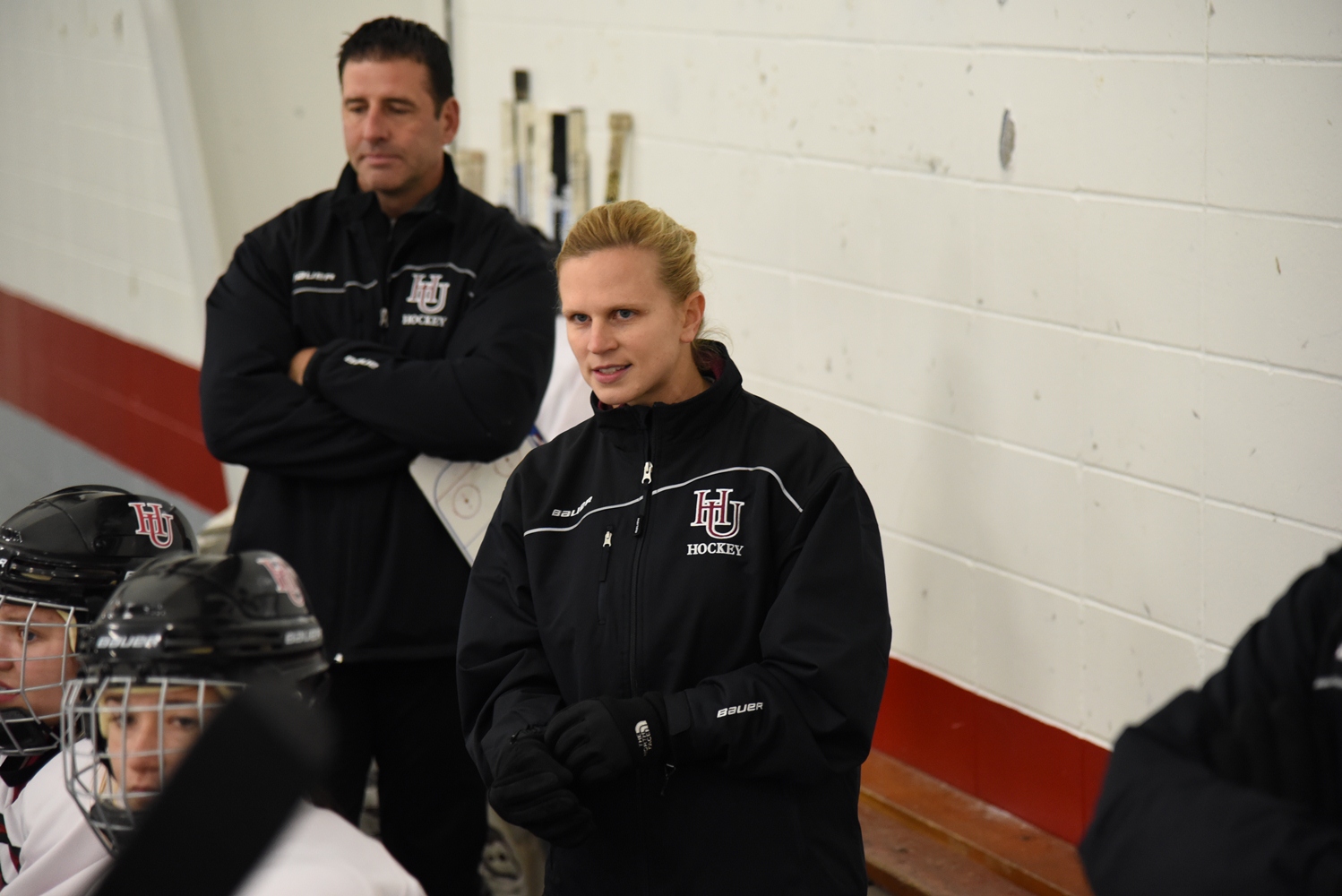 Former Gopher and Olympian Natalie Darwitz is, and always has been, a winner. Sometimes it can take longer to ascend to the top, but inevitably in her charmed hockey career Darwitz always makes there.

She’s won two national titles with the Gophers and two silver medals at the Olympics as a player and she made it to the state tournament as a coach at Lakeville South last season. She even dabbled as a broadcaster for NBC during the 2014 Winter Olympics — and was well thought of by her peers.

Now Darwitz has a new challenge, as the head hockey coach at Hamline University.

“I want to help grow women’s hockey,” Darwtiz told me by phone. “My goal is to continue to grow the game any way possible.”

Even by Twitter, which is how this foray into coaching began.

“I knew something was up when the Athletic Director at Hamline (Jason Verdugo) followed me on Twitter,” Darwitz said with a giggle.

A follow up phone call led to a lunch, which led to her hire and the chance to become an ambassador for the game that she loves. With the job in hand she immediately realized the magnitude of the task ahead of her.

Simply getting the word out about Division III hockey would be a job in itself. But it’s a labor of love. Darwitz hopes to be able to play games at different places around the state just to try and reach players who might not see Division III women’s college hockey as an option.

“There are a lot of good players that could step in right now and make an impact on a D-III team,” Darwitz says. “And they think, ‘Ummm, I am just going to go into medicine and be a regular student.’ That’s a little disheartening. Because the one thing I try to tell those kids is that, ‘You have the rest of your life to be an average Joe. You can squeeze in four more years to be a student-athlete.’”

When she’s not trying to inform recruits of the enjoyment of playing college hockey, she’s trying to convince others that the level at which you do it shouldn’t matter. 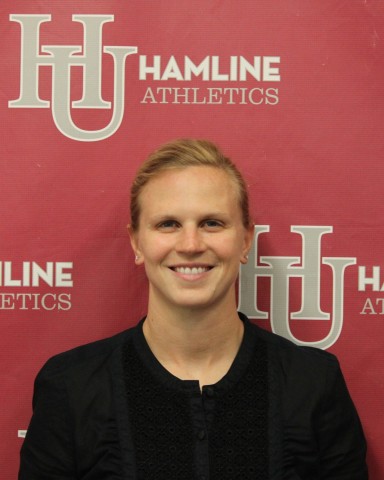 “So often there is a perception that I have to do D-1 and that playing D-III is a knock to my ego,” Darwitz explains. “It’s not; you just lack some skill or hockey awareness to not be on a D-1 roster.”

Teaching that skill is also a big part of her job. A lot her players at Hamline are still learning how to take their game to the next level. And while Darwtiz was one of — if not the— best of her time in women’s ice hockey, teaching others to be like her is not easy and, frankly, not her goal. Instead she focuses on going back to the basics and eventually building up.

While this next step in her coaching career wasn’t necessarily planned, it will be where she stays for a while. Darwtiz and her husband Chris just had their first child over the summer and she is enjoying being able to be home with Joseph during the day while continuing to be around the game she loves.

“What resonated with me is that division III hockey would allow me to be at home when my son was born and be a stay at home mom and then allow me a couple of hours a day to be coaching,” she says. “It just kind of gives me a little more balance and stability in life.”

“Hockey is always going to be a part of my life, it’s just a matter of what percentage of my day is it going to take up,” says Darwtiz. “When my son gets older and hopefully plays, will I have to take a step back? I don’t know. The last thing I want to do is to be so busy helping other kids that I don’t get to see my own kid play.”

For now, she is excited about the task ahead of her at Hamline and the balance it provides between her two greatest loves; hockey and family, both of which she is committed to turning into winners.