Schwartz: The magic of The Tourney

A spectacle that lives up to the hype 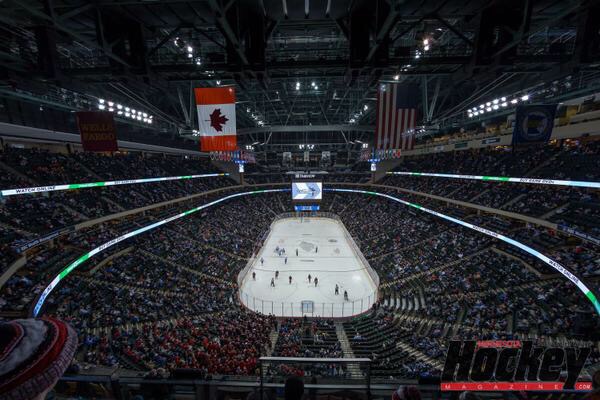 A spectacle that lives up to the hype 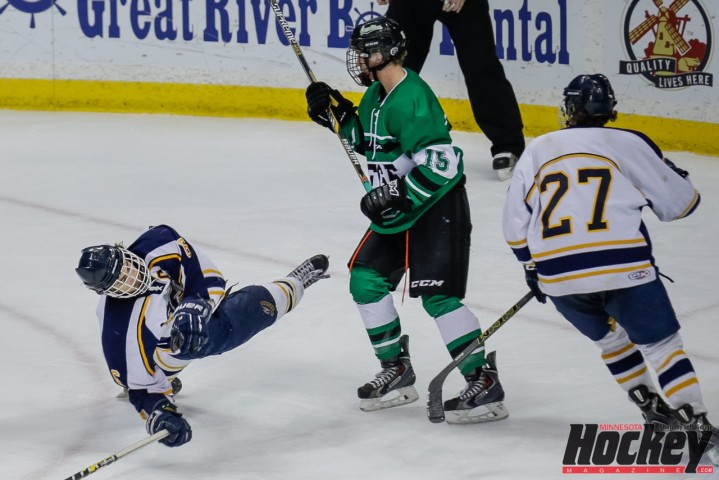 It was another great run for Hermantown but, despite a late rally, the Hawks once again fell to East Grand Forks in their Class 1A title tilt on Saturday, March 7 at Xcel Energy Center. (MHM Photo (Jeff Wegge)

In this day and age, very few things actually live up to their hype. Yet somehow and some way each year the State High School Hockey Tournament does so. It hardly matters the teams or the match-ups there is always drama, upsets and great story lines and this year was no different.

How could you not root for Hermantown coach Bruce Plante whose Hawks team has been to the state title Game in Class 1A six consecutive times and lost each one?

For the moment forget the losses, even though Plante insisted afterwards that he was kind of “getting used to this.” To get to the title game six straight times is nothing short of amazing, considering that rosters change and you’re dealing with teenagers (which most parents know can be a challenge).

Plante is one of the good guys in hockey and he truly loves coaching young men and teaching them about hockey and life. Unfortunately, sometimes the lesson just sucks. No matter how impressive it was to have a chance to learn it.

Chapter two of the great novel that was this year’s state tourney was about those “cardiac kids” from Duluth East who made it to the finals of the Class AA tournament by using up more lives than a cat. 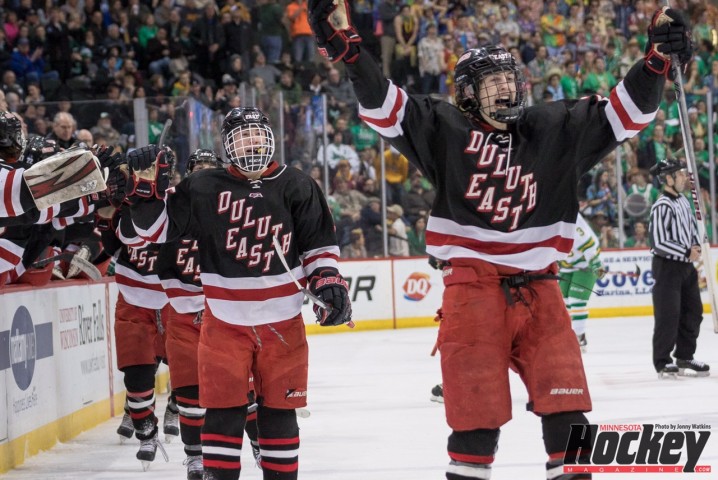 Duluth East players celebrate a goal in their shocking win over No. 2 Edina in their state semifinal clash on Friday, March 6 at Xcel Energy Center. (MHM Photo / Jonathan Watkins)

They didn’t just defy the odds; they looked fate in the face and slapped it.

In the finals they ran up against one of the most dominating teams in high school hockey history in Lakeville North. Duluth East coach Mike Randolph, who’s been a coach in this state a long time, said North was one of the best teams he’d ever seen – which is really saying something.

That brings me to the aforementioned team of destiny in Lakeville North. The first big school team since the 1992-1993 Bloomington Jefferson Jaguars to finish a season perfect and with a state title.

They finish the season 31-0. An astounding feat when you think of all that it takes. Coach Trent Eigner didn’t just do a great job of coaching hockey; he did a great job of managing men.

There are a lot of reasons that perfect seasons don’t happen often. Competition in this state is hard, the target gets continually bigger and mistakes are often made. But the Panthers never made a misstep, not once.

Not when people started talking about how good they were, not while the state realized how amazingly stacked their roster was, not even when annoying television sports reporters constantly asked them how it felt to still be undefeated.

They kept their eyes on the prize, stayed humble and continued to dominate the competition without giving into their own hype. (Which, when you’re dealing with 16-18 year old kids who already think they are invincible, is a feat in itself.)

By the time they got to the State Tournament Lakeville North could have easily picked their poison. Which pressure would eventually do them in? The quest for perfection or the thought of the school’s first, ever, state title in boy’s hockey.

The answer was neither. 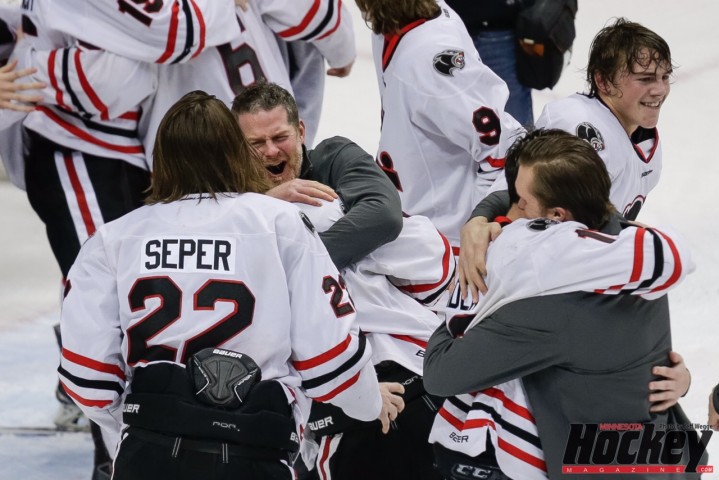 Before the tournament Eigner told me that at this point in the year the boys were used to hearing about what they had done and that he didn’t think they really even gave it much thought anymore. While the rest of us certainly did, they just went out and played hockey, methodically dismantling all challengers.

If was fun to witness history — it usually is. It’s even more enjoyable when it’s a bunch of kids who are just playing the game they love. As the clock wound down Saturday night with the Panthers victorious and their perfect season intact, it was fun to imagine what that might have felt like. Many of us know what it’s like to play and win, but so very few know the feeling of perfection.

I also noticed something that you rarely get to see: a normally stoic hockey coach celebrating like he was a kid. Amidst all of the jumping, yelling and high-fives, Trent Eigner was hugging his players and crying tears of joy along with them — the pressure and excitement of the year finally off of his shoulders — and on a stage for all of us to be able to see.

So, well done Minnesota State Hockey Tournament! You’ve done what so many good stories have failed to do, continually make each sequel better than the last and make us pining for the next one to come out.