Schwartz: The Trip of a Lifetime 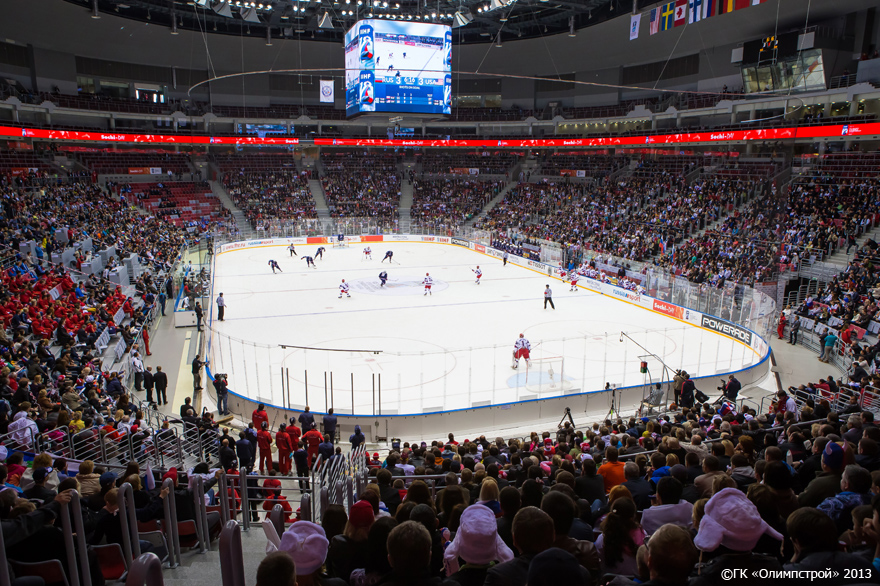 Olympic participation is an honor, even for those covering the Games …

I am about to embark on the greatest sports adventure of my career, heck my life.

Featured Image:
The Bolshoy Ice Dome will serve as the primary hockey venue for the 2014 Winter Olympics in Sochi, Russia.

On Feb. 1, I will have the privilege of going to Sochi, Russia to cover the 2014 Winter Olympic Games for my employer, KARE11-TV. I will be covering a lot of sports, visiting with a lot of people (Minnesotans and others) and hopefully giving people a taste of what it’s like to be there. I will also be chronicling my journey here with Minnesota Hockey Magazine.

I have done a lot of thinking in the past six months, from the time I first was asked to go. A decision I had initially pondered turning down. I mean, who would want to go half way around the world and experience something as amazing as the Olympic Games? Believe it or not the idea of being away from my wife and kids was almost more than I could bear. Until that same wife told me that I’d be a fool to turn down this opportunity. Especially considering my affinity for hockey and the connections which I have in the hockey community. Boy am I glad that she talked me into it.

My entire career has been working up to this point. In a way, I can understand how some of the athletes feel as they prepare to go. No, I have not dedicated myself physically as they have (there is plenty of photographic evidence of this) but I have dedicated myself to my craft and my job and this will clearly be the highest point, to date.

Part of my preparation for my trip has been doing stories on the athletes and players that will take part in the Games. In talking with NHLer’s I was surprised to see just how much this meant to them. For the NHL guys, they make a darn good living playing in the league and put everything on the line to reach that ultimate goal of the Stanley Cup. But the message I kept hearing over and over again, was just how special it is to wear the Team USA colors. That, even though it’s just a friendly tournament, in which they do NOT get paid extra, and that by playing in it they risk an injury that could affect their NHL career, the Olympics is still an honor to beat all honors.

In a conversation I had with Zach Parise just a few weeks ago, he joked that if he and teammate Mikko Koivu were going for the puck along the boards he’d throw a check and try to get him off of it. And that he’d expect Koivu to do the exact same thing. The alliances that they have with each other in the Wild locker room don’t mean anything over there. All that matters is the country on the front of their jersey, not the name on the back.

On the women’s side, because there is no women’s version of the NHL, the Olympics are the pinnacle of their sport. Talk with any member of Team USA for two minutes and you’ll see this. In conversations with some of the players they oozed pride for their country, talking about how much of an honor it is to play for Team USA and the respect they have been getting from friends, family and even strangers when they find out they’ll be on the ice in Sochi.

My assignment over the past few months has been to catch up with Minnesota athletes who are preparing for the Olympic Games, so naturally I’ve been talking a lot of hockey players. The Team USA rosters are packed with Minnesotans or players with Minnesota ties, 15 total (10 men, 5 women) more than any other state in the union.

I have found out that saying that Minnesota is simply “good at hockey” is an understatement. Instead of the land of “10 thousand lakes”, Minnesota should be called the land of “10 thousand skates”. It’s no coincidence that kids that grow up on the pond playing hockey turn into Olympians. Playing for the love of the game, whether it’s on the pond for bragging rights, or for world bragging rights, always means a lot. As Gigi Marvin reminisced about her beloved town of Warroad, MN to me she told me a story about a normal Sunday night at 10:30pm. An arena sheet was completely empty accept for a father and his sons having a shootout competition. Marvin, while grinning ear to ear, said that’s just how they do things in Warroad and she’s right. Marvin refers to Warroad as “Hockey Town USA”, but in actuality it’s our entire state that’s become USA Hockey.

February certainly promises to be a memorable experience for all of us. I’m not sure if the men’s and women’s team can take home the gold. I can tell you that they will fight for it as hard as any other country, which is what makes the Olympics great. And I am honored to be able to be on the front lines in 2014.