Minnesota’s playoff route is unique, to say the least 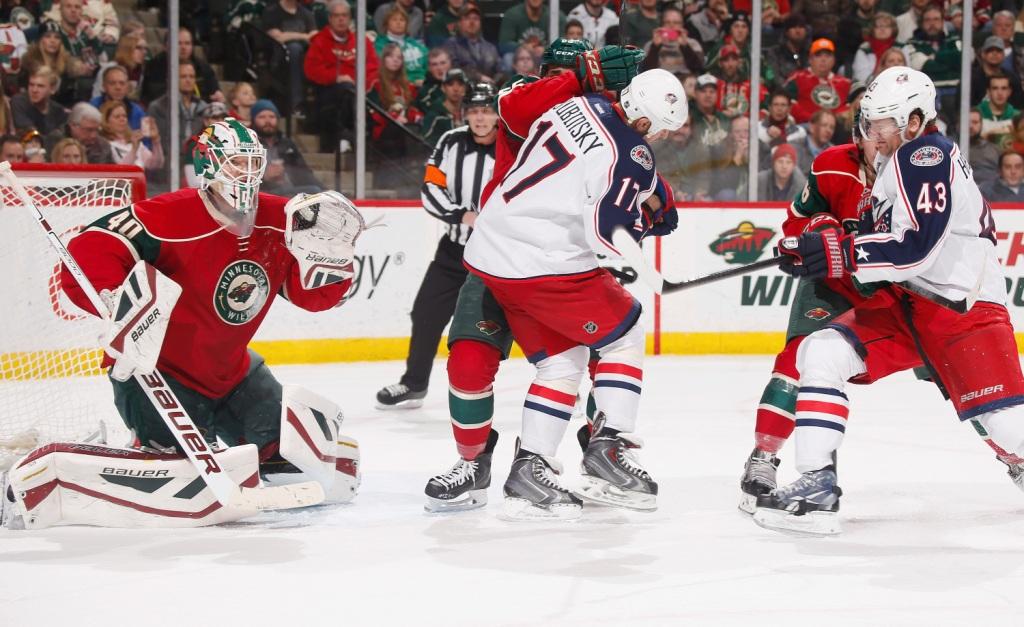 Devan Dubnyk has his new Wild teammates back to battling for playoff spot. (Photo by Bruce Kluckhohn/NHLI via Getty Images)

Minnesota’s playoff route is unique, to say the least

The road less traveled … is the one that’s often most exciting. Ok, so that’s not really how it goes but it sure seems to be working for the Minnesota Wild.

A month ago I wrote about how the Wild needed a change. While I didn’t believe it was all on the head coach, I felt — and still do — that sometimes in sports the coach could be a casualty of war. However, more changes needed to be made if the team was actually going to have even a hope at making the postseason.

Had I written that line a month ago you would have had me committed. Or at least stopped reading anything I have ever or will ever write until the end of time and frankly I wouldn’t have blamed you.

Enter a guy who is on his fourth NHL team?

Enter a guy whose career goals against average is 2.11?

Enter a guy who has 13 shut outs in his career? (four of which have come in MN)

Enter a guy who is called … The Giraffe?!

Minnesota your savoir is a tall, lanky, geeky looking net-minder who has given this team the confidence to go on an epic run they have so sorely needed. Over the course of the last six games the Wild have given up just six goals or, in other terms, one more than they gave up in their last loss on Jan. 20 in Detroit, when they lost 5-4.

It’s not hard to see what is happening to this Wild team because of Dubnyk. They are confident and they are getting back to the things that had them winning in the first place, playing relaxed hockey and maximizing opportunities, like they did last post season.

In the Wild’s last six wins only once have they not out shot the opponent. In that game, a 4-2 win over Vancouver, the Wild still scored four goals on 20 shots, or roughly one fifth of the time. That is confident (and efficient) hockey.

The point is that Dubnyk has been good, but he’s far from a Marty Brodeur or Dominik Hasek in their prime. At some point, he’ll come back to earth. Not to say that he’s going to become a sieve, but he will have a game or two where he lets in a bunch of goals. The good thing about that is that, at least it seems, this team is now confident enough to work around that.

So, kudos to Craig Leipold, Chuck Fletcher and Mike Yeo for taking the chance on Dubnyk because, let’s be honest, this is a situation that really could have blown up in their faces. Even as Dubnyk is a success, it still puts them in a tough spot. The Wild are now paying four goaltenders NHL money (don’t forget Josh Harding is still getting paid $2.1 million in Iowa).

Whenever this season comes to a close, the Wild will have a decision to make. Harding (I believe) will be off the books when the season ends. Both Darcy Kuemper and Niklas Backstrom are under contract for another year (at $1.2 and $3.4 million respectively) and if he continues to have a great season you can bet that Dubnyk, who will be a free agent, will want more than his current $800K. Then it’s up to Minnesota to decide who stays and who goes.

But that’s a topic will be for another article.

Still the decision to crowd the position signifies something that hockey fans have known for a while, that while the window for this team to win is open right now it’s closing fast –like it does for all teams in the NHL. If the Wild want to win, they can ill afford to give up on a season like this. They are clearly not, no matter what the cost is in the future.

The Wild are still out of the playoffs, but they are slowly working their way closer. Maybe not the exact way they had drawn it up, but as I said earlier, the road less traveled can sometimes be more exciting, even if it causes you to want jump out of the car along the way.

Stick around though Wild fans, it may be bumpy, but it could be very worth it.