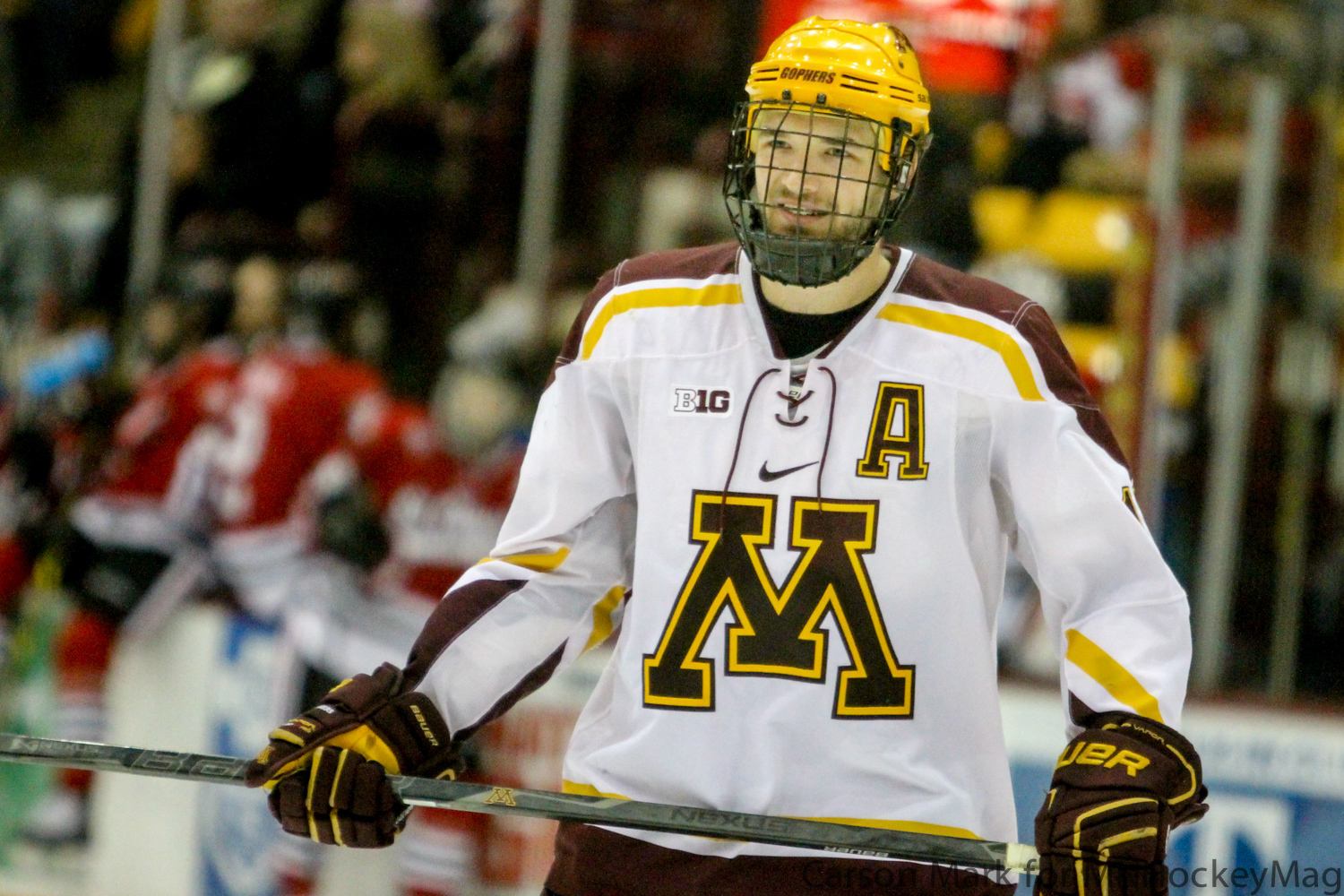 When Gopher senior Seth Ambroz was drafted in the fifth round (No. 128 overall) of the 2011 NHL Draft by the Columbus Blue Jackets, it was a bit of a surprise. Not because Ambroz didn’t belong amongst those players getting ready to realize the NHL dreams, but because a lot of people expected him to be drafted much higher.

Ambroz was ranked No. 31 overall among North American skaters by the NHL’s central scouting bureau in the final rankings and was projected by many to be picked much earlier – even has high as the second round. After waiting late to hear his name called on the draft’s second day, he admits he entered the University of Minnesota that following fall with a purpose.

“Obviously you want to go as high as possible,” Ambroz says. “And according to the projections I fell a little bit but, it’s nice to be drafted by a team and that’s only where it starts. Now I have to keep learning and keep developing.”

Ambroz has certainly done that; in fact he’s really transformed his game.

The young physical force once known more for “gooning” than goals has become a mature all-around player for the Gopher men’s hockey team and as a senior is thought to have a legitimate career in professional hockey. 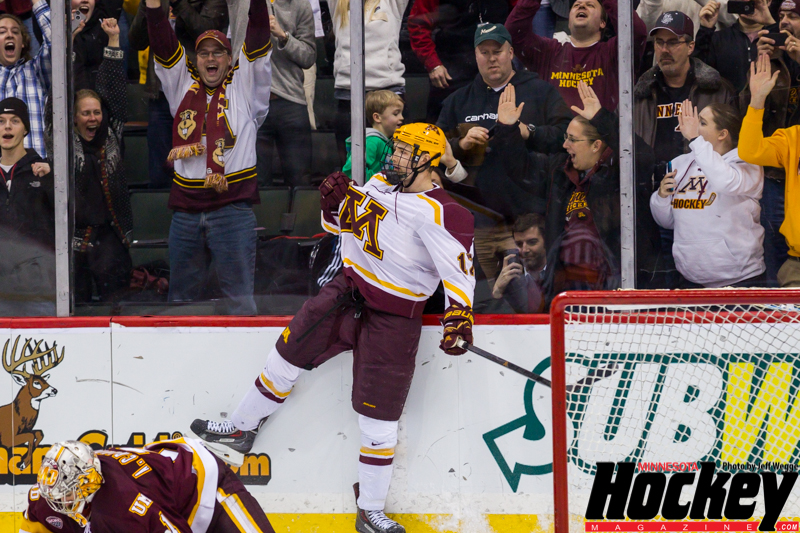 Ambroz has not only increased his point production every year he’s been at the U of M (eight points as a freshman, 16 as a sophomore and 23 as a junior) he’s done so in both categories (assists and goals). His rise in play is no coincidence and there is certainly no secret behind it; Ambroz just knows how to work.

“You gotta work hard every day, day in and day out, even in the offseason,” Ambroz says. “The biggest thing you want to see is development and not trying to go backwards and keep rising.”

“Seth is a real worker,” Lucia boasts confidently. “He’s one of the first guys at the rink and one of the last guys to leave.”

Even with that effort Ambroz has started the year slow, by his standards, with just two goals in his first nine games and his coach has challenged him to stay on the pace that has gotten him to where he is this year.

Ambroz is well versed in adversity, however, so he’s not worried about his start.

His attitude and commitment to excellence is another reason why he was selected as an assistant captain this season for the Gopher men’s hockey team. And for Seth, who grew up watching the Gophers and cheering for them as a kid in New Prague, Minn., to be one of a select group of athletes who get to wear the ‘A’, is an incredible honor.

“Growing up and watching the Gophers, it’s something that you want to be and to get that letter is special in itself,” Ambroz says with pride. “I hope to be able to do a good job and carry on the tradition that goes a long with it.

“It’s a great honor and there were plenty of seniors on this team that could have had it so it’s really special.”

Ambroz still has a long way to go to make his NHL dreams a reality. But his hard work and intense desire to win as a team and for his team has served him well and will continue to do so.

He is player of the same mold as a Ryan Stoa, Zach Budish, and Blake Wheeler all of whom went on to professional hockey careers – some more prominent that others. So there is no reason to believe that Ambroz couldn’t do the same as long as he keeps up the same hard work and determination that got his to this point.

Which for a guy like Seth Amrboz, is clearly not going to be a problem.