Senior Hockey – Gone But Not Forgotten 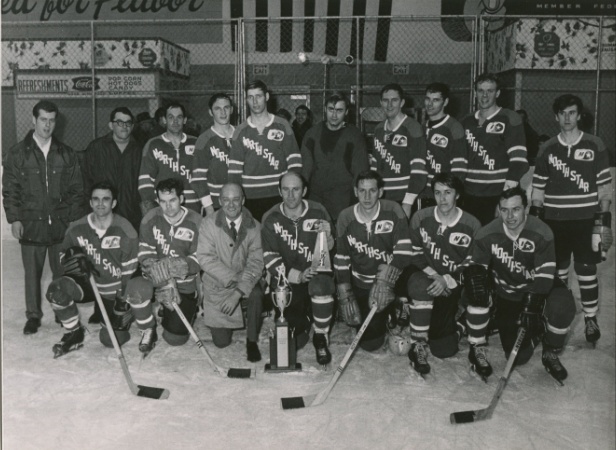 1970 North Star Oil – MN State and National Senior Champs.  Do you know any of these guys? (Photo courtesy of Dan Semlak) 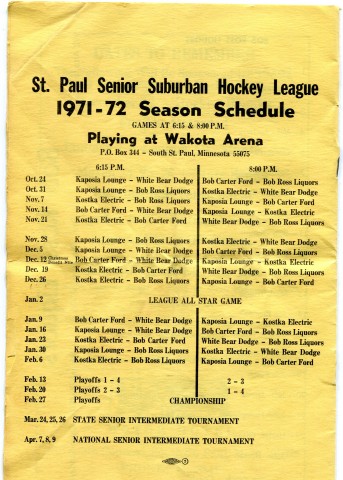 The team names are all familiar, seemingly from a distant past, but the memories remain fresh on the minds of those passionate about “old time hockey” and the “good years”.  Full contact Senior hockey thrived and was played by those yearning for more after high school or college and was fueled by the competitive nature of both inner city and out-state rivalries.

Those days are long gone as full contact senior hockey in Minnesota was replaced starting in the 90’s by an explosion of adult no-check leagues and tournaments across Minnesota and in many other parts of the country.

A Reunion of Sorts.

If you played Senior hockey and are interested in getting together to chat about the old days, please join Minnesota Hockey Magazine and the Parker alumni at Tom Reid’s on Monday, Dec 22 at noon.

We would love to see you there!  Pass this on to your hockey buddies and if you have any great photos to share, let us know and we will put them out on Facebook for everyone to enjoy.