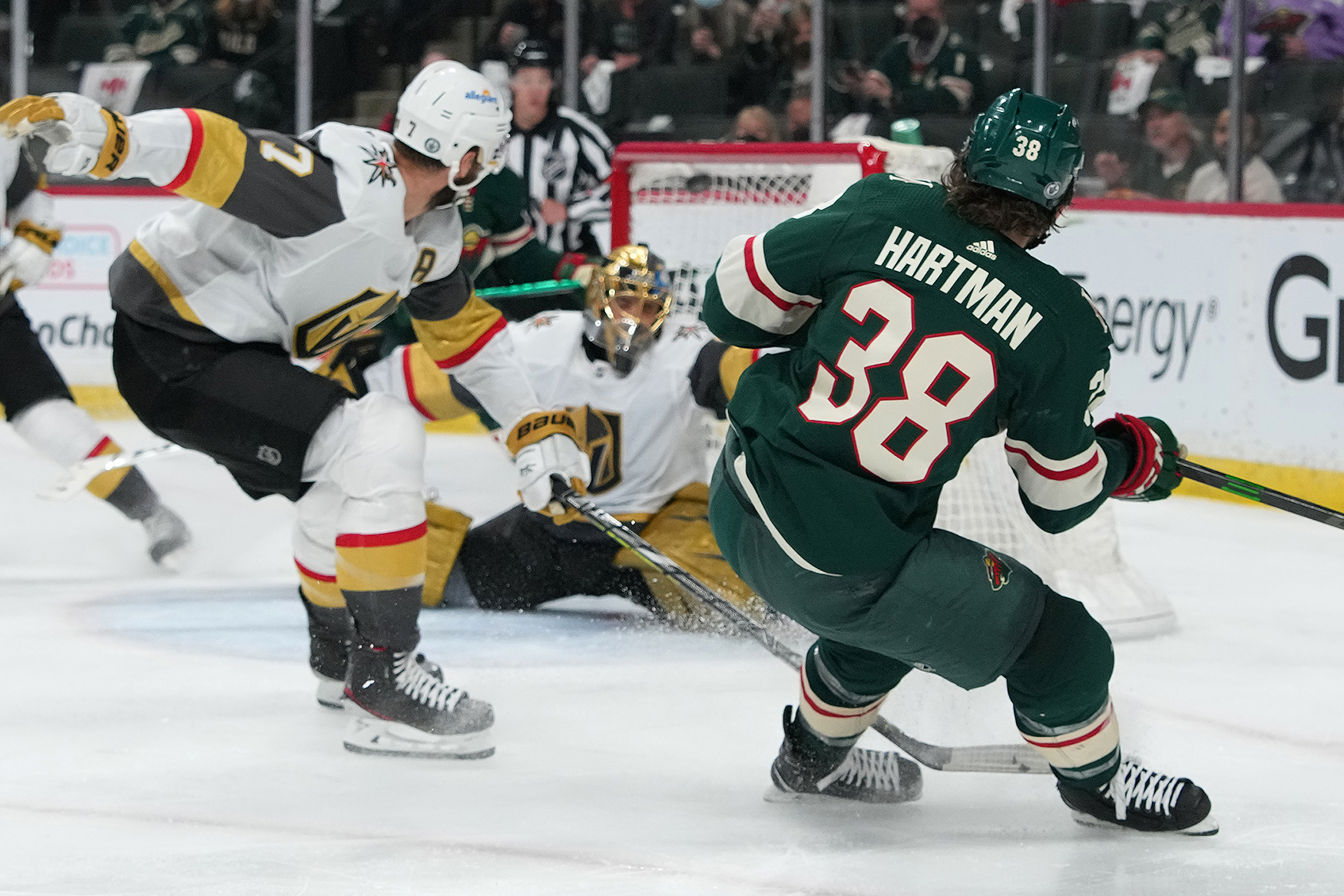 Wild forward Ryan Hartman watches his shot fly past Vegas goaltender Marc-Andre Fleury for what turned out to be the game-winning goal in Minnesota's 3-0 win over the Golden Knights in Game 6 of their Stanley Cup playoffs first-round series on Wednesday night at Xcel Energy Center. Photo by Rick Olson for MHM

It was the matchup so many Minnesota hockey fans wanted in the first round of the Stanley Cup Playoffs. Now, fans of this series between the Vegas Golden Knights and Minnesota Wild will get a finish with two of the best word in sports: Game Seven.

Facing elimination for the second game in a row, the Wild outlasted Vegas in a tight-checking, no-one-wants-to-make-a-mistake Game 6 on Wednesday night at Xcel Energy Center in St. Paul. The Wild broke through the scoreless tie for a trio of third-period goals on the way to a 3-0 victory and their second shutout of the series.

“It’s an elimination game, and those types of games are just a game of mistakes,” said forward Ryan Hartman, who scored his second goal of the series Wednesday. “It’s who’s going to budge first.”

Not only did the Wild score three goals in front of 4,500 home fans, they completed a couple of pretty plays in the process. Early in the third period veteran Zach Parise, playing in only his third game of the series after sitting as a healthy scratch, got the first scoring play started. At center ice, he thread the needle perfectly for teammate Kevin Fiala, bouncing a pass off the boards toward Fiala who entered the zone with Hartman on the other side. Fiala finished the play with a cross-ice pass to Hartman who made no mistake roofing the puck over a sliding, tumbling Marc-Andre Fleury.

The Wild then held the all-important 1-0 lead.

The Wild have won three games in this series. Goaltender Cam Talbot has been a major factor in all of them. That might sound a bit obvious, considering he’s the goalie and teams in the playoffs need a good goalie to advance. But Talbot has two shutouts this series (1-0 in overtime in Game 1), and he hasn’t given up a few of those fluky, back-breaking goals like Wild fans have grown accustomed to seeing in the past from other netminders.

According to NHL Stats, per Minnesota Wild PR on Twitter, Talbot recorded the first shutout at home in franchise history a game the Wild faced elimination. 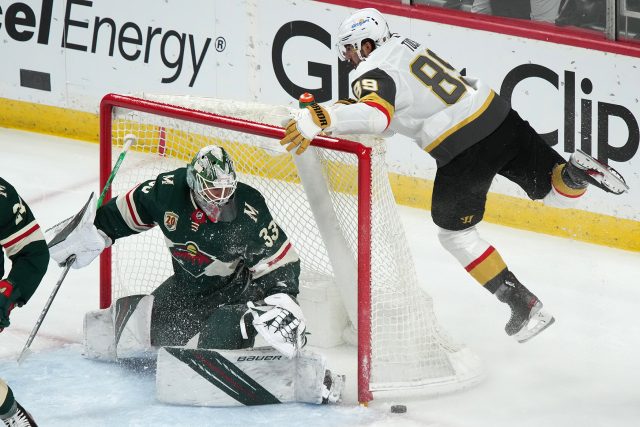 Vegas forward — and Wild nemesis — Alex Tuch gets a bird’s-eye view of one of Cam Talbot’s 23 saves en route to shutting out the Golden Knights. Photo by Rick Olson for MHM

Talbot didn’t necessarily steal Game 6, but he came up with big saves when needed and stopped all shots. Can’t ask for much more than that. One thing that’s been a factor in this series is quick answers when a team scores (some pucks in the net didn’t count, but that’s another story). About two minutes after the Wild made it 1-0 Wednesday, Talbot slid to his left and followed the puck along the ice to hold the lead for his team.

Talbot credited his teammates in front of him for helping the Wild to play what he called “probably our most complete game of the series.”

“I’m just trying to go out there and play my game and give us a chance to win,” Talbot said. “So I’m just playing behind an elite group in front of me.”

He’s a goaltender with a calm demeanor and doesn’t get too animated, Hartman said.

“He makes saves look easy, and he gets over for the hard ones as well,” Hartman said. “ We love having him back there for confidence.”

A couple of minutes after that big save for Talbot, Vegas center Chandler Stephenson fired a shot through traffic that landed in the Wild’s net. But Alex Tuch was clearly in the blue paint. The official signaled goal before the official call on the ice was no-goal. Vegas challenged, and this time was unsuccessful. So, the goaltender interference battle is all even and forgotten now, right Wild fans?

The Wild also didn’t have a power-play goal this series. Even when the home fans begged for calls, the Wild didn’t do much with any chances given. That tide also turned Wednesday with the delay of game penalty on Vegas following the no-goal call.

With about 10 minutes to play in the third period and the man advantage, Fiala took a feed from Jared Spurgeon and bounced a long shot toward the net and through Fleury. He was pretty pumped in his celebration, a much different look than last game when he broke his stick over the net in frustration at his lack of goal production. His first goal of the series didn’t come until Game 6, but it was a sigh of relief.

Still, there was a lot of time left for what some might dub the “worst lead in hockey” at 2-0. But the Wild sealed their fate to play another day with 4 minutes, 43 seconds remaining in regulation. The speedy Nico Sturm worked along the boards to feed a pass to Nick Bjugstad in the offensive zone after he got by the Vegas defense. Bjugstad skated through the slot and patiently scored with a backhander as Fleury flopped and tumbled on the ice.

The Wild didn’t let Vegas get a chance at any comeback momentum. It was 3-0 at the final horn with Wild fans cheering and waving their rally towels.

“I think the players deserve a lot of credit for just believing, and believing in each other, and I think that’s been the key – not just in the playoffs, it’s been key from Day 1 with this group,” said Wild coach Dean Evason. 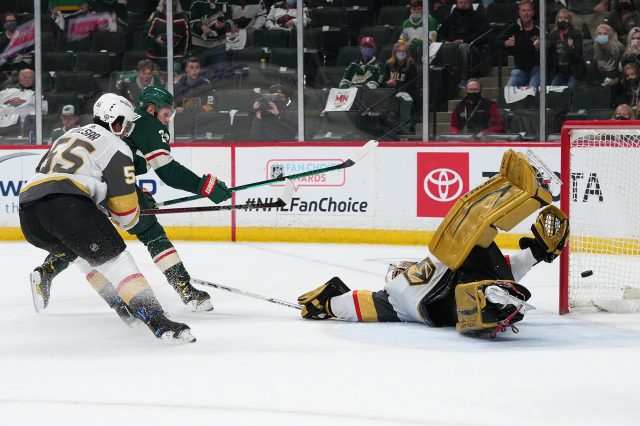 If the Wild are going to pull off a series victory, they’ll do it having overcome a three-games-to-one deficit. It might not mean much to the current roster of Wild players, except maybe Blaine native Bjugstad, but the Wild has been in this spot before. The 2003 squad surprised the hockey gods by overcoming two 3-to-1 deficits against Colorado and Vancouver.

No, this 2021 Wild team has nothing to do with the 2003 team. Yes, Wild fans are free to relive those fond memories in order to hold out hope that this year their favorite team can watch another Wild opponent blow a 3-1 series lead.

“We don’t know the results in a couple days, but we know that we’re in it,” Evason said. “We know we can compete. We know we’re going to battle. At the end of the night, we’ll see where we sit.”

The winner faces an awaiting Colorado Avalanche team that should be pretty rested after its sweep of the St. Louis Blues. The jottings have been noted about Vegas, still only in its fourth season as a franchise, being battled tested and playoff-tested. A trip to the Stanley Cup Final in its first year will provide that kind of clout.

A Vegas-Colorado matchup will make for some great hockey. Though nostalgic Wild fans know how fun the rivalry with the Avalanche can be. There’s 2003, of course. And Nino Niederreiter’s overtime series-clincher in 2014. Besides the playoffs, Colorado is the only team that’s remained in the same division as the Wild for Minnesota’s entire franchise history.

Colorado finished first in the division this season for a reason, however. It’s definitely the favorite to win the next series, no matter the opponent.

Getting there, Fiala knows, won’t be easy to overcome a 3-1 deficit.

“We’ve been through a lot this year,” Fiala said. “It’s been a weird year, you know. We stuck together the whole year.

“I have a lot of confidence in my group and guys, now let’s do it.” 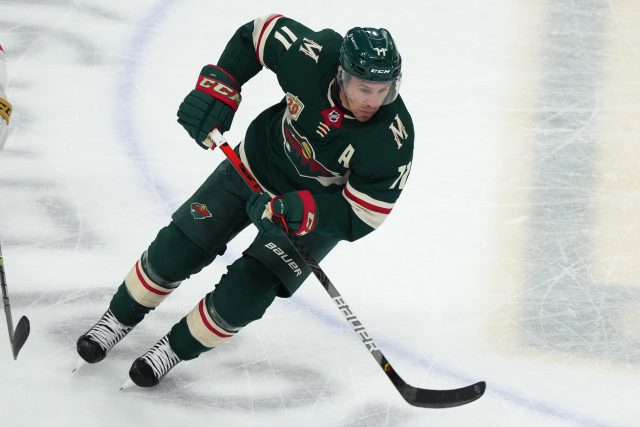 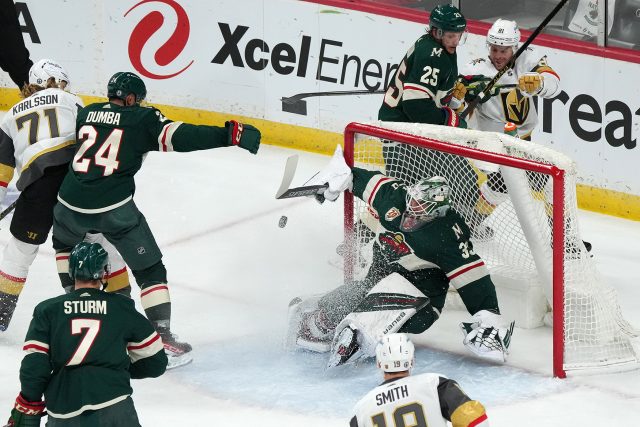 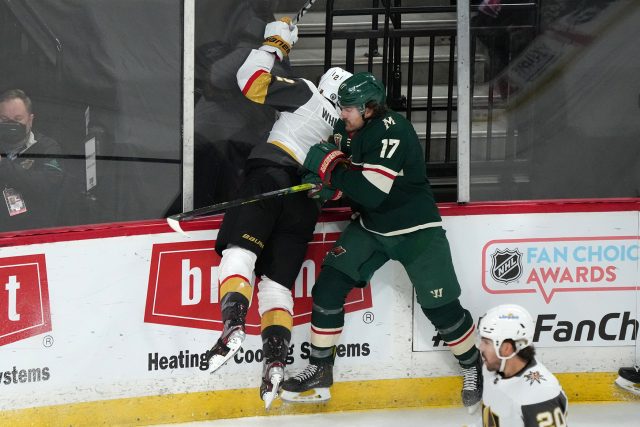 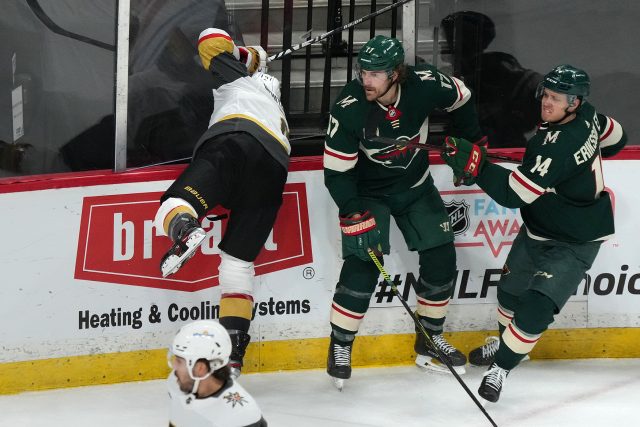 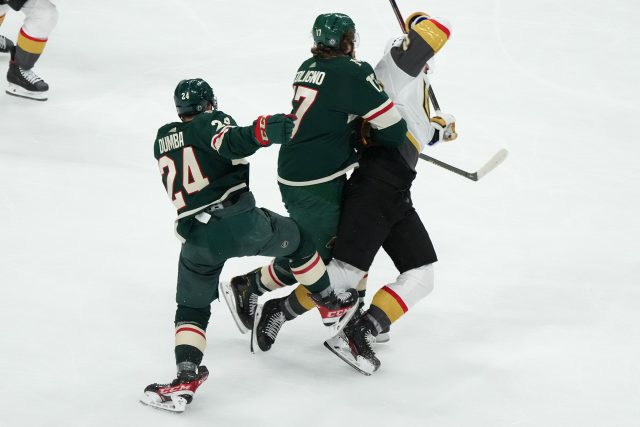 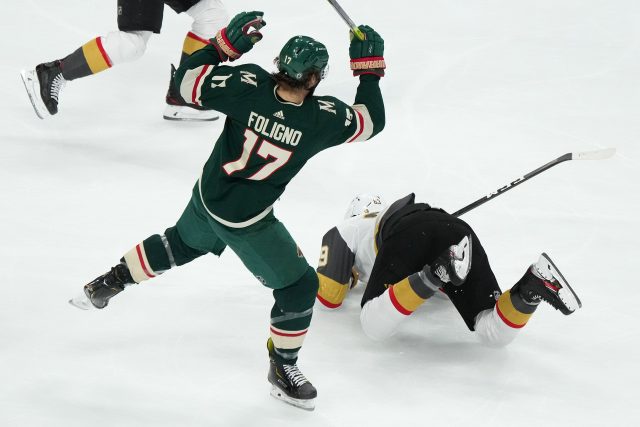 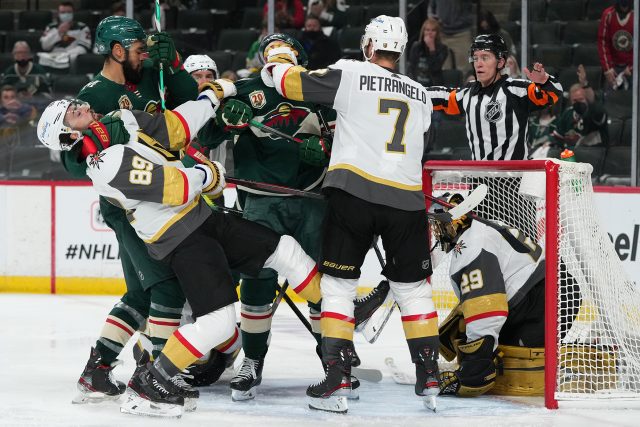 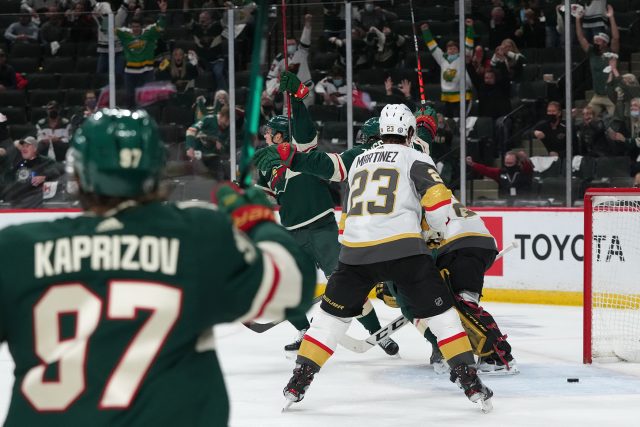 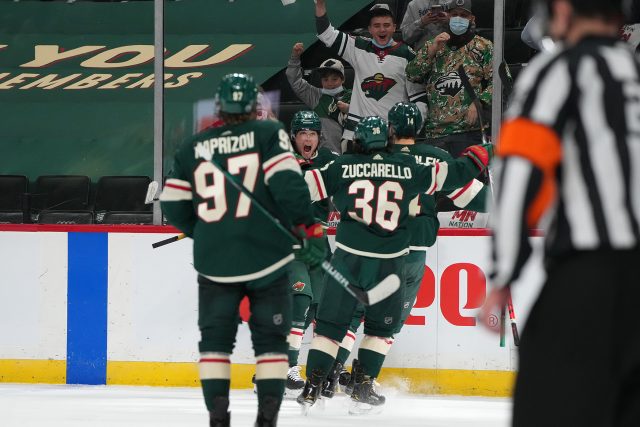 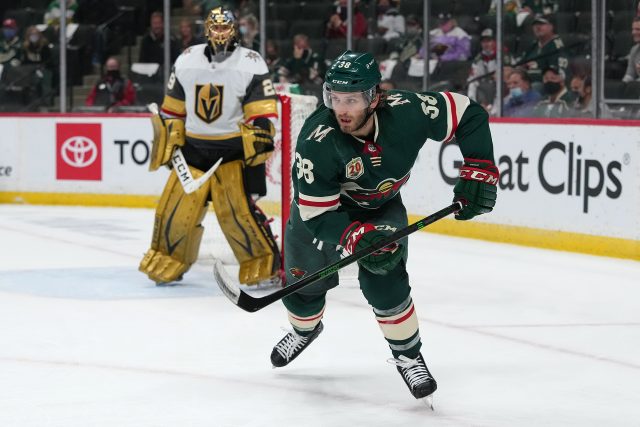 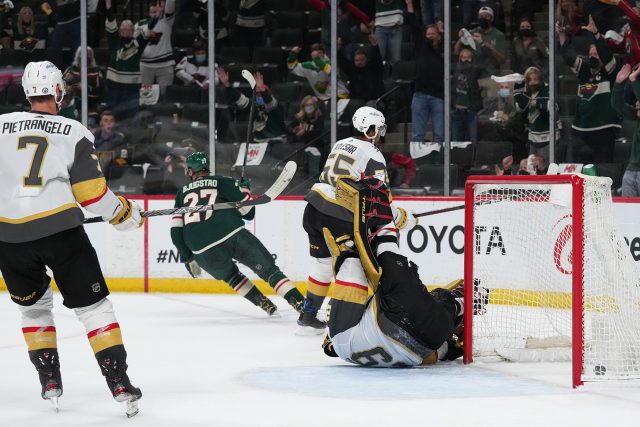 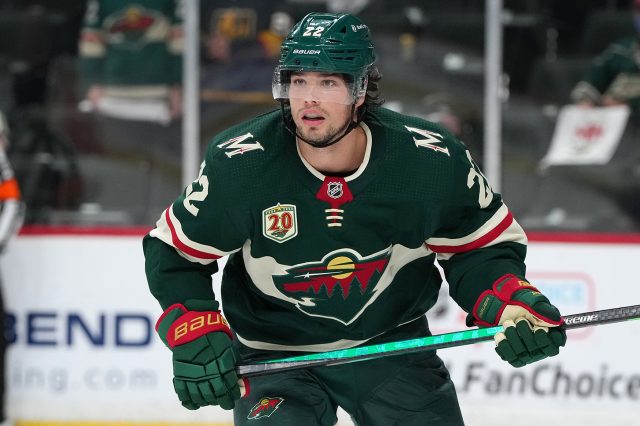