Sitting on the Bench Waiting Your Turn – Part I 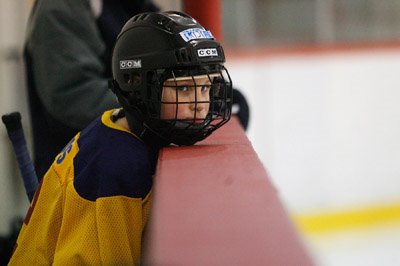 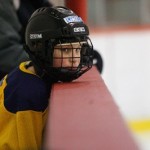 This is a story of a young girl. Remember, as always, the sport does not matter. These events happen every season at many high schools across the country. She comes from a very athletic family, is quite young and she decided to play a new sport in her freshman year in High School. Being a good athlete to begin with, she grasped the concepts of her new sport quickly and led her team in scoring at the junior varsity level.

In her sophomore year she made the varsity team at her high school. Everyone in her family was quite pleased. Once again, the parents are really good people, and they believe in the multiple sport concept and rest. The parents were surprised at how much playing time their daughter got, or didn’t get during the season. But they thought she would just wait her turn.

On one hand they believed that playing at the varsity level was better than playing another year of JV as their daughter had already led her team in scoring at that level. They also thought that while playing on the varsity team she would get better playing with and against more talented players.

Let’s break this down.

Each year, each team is different. Being the leading scorer one year does not mean you will lead the team in scoring the next year. Also, there are many benefits to playing with your classmates and learning many of the life skills that should be a priority in youth sports (yes, high school qualifies s a youth sport). Also, as in life, you are going to have to work with and play with people that are sometimes more talented than you and sometimes they are less talented. It doesn’t matter, you still have to learn to get along with different skill levels and different personalities in ALL walks of life.

Nobody gets better sitting on the bench. A fallacy of youth sports is that a player gets better practicing against better competition while getting minimal playing time. At the youth sports level this is simply not true. First of all practice rarely imitates a game situation. Sometimes in practice, players that are assured of a starting spot do not put out full effort. When a sub tries really hard it annoys the starter.
Also at this level mistakes are so plentiful that rarely does the consistency of play allow for a learning experience on the bench that never comes close to actual playing time.

When the sub goes in, and because they are not used to playing at this new level there is a little angst and nervousness associated with opportunity “given” to this player. If there is not then this player should be getting lots more playing time because they now have the mental part of the game in hand. And remember, it is just a game.

If I give you 30 minutes to figure out a problem and work on it continuously, and I give another 5 minutes, won’t the person I give the more time to get better at solving the problem?