South prevails in battle of Lakeville 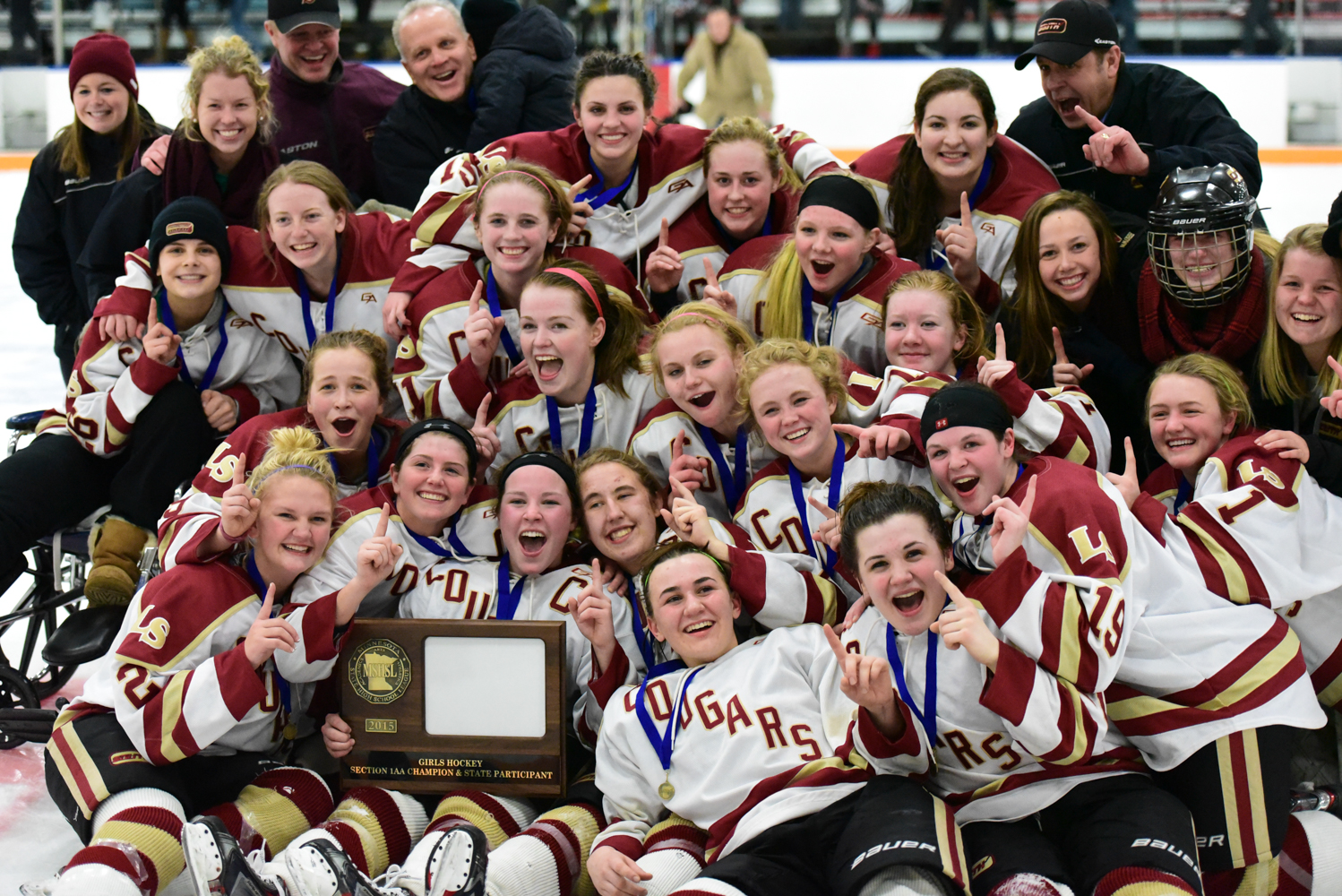 OWATONNA, Minn. – In her four years as head coach of the Lakeville South girls’ hockey team, Natalie Darwitz’s Cougars had yet to finish off Lakeville North when it mattered most, losing to the Panthers twice in section play in the past three seasons.

But Lakeville South’s postseason futility against its cross-town rival came to an end on Thursday night.

Forward Morgan Morse gave her team a spot in the Class 2A State Tournament when she scored a short-handed goal not even two minutes into overtime. With the 2-1 victory over Lakeville North at Four Seasons Arena Thursday evening in the section 1AA final, Lakeville South returns to the state tournament for the first time since 2011.

While her team has struggled to finish in recent seasons, Morse saw her chance in overtime to show her teammates what finishing truly means. 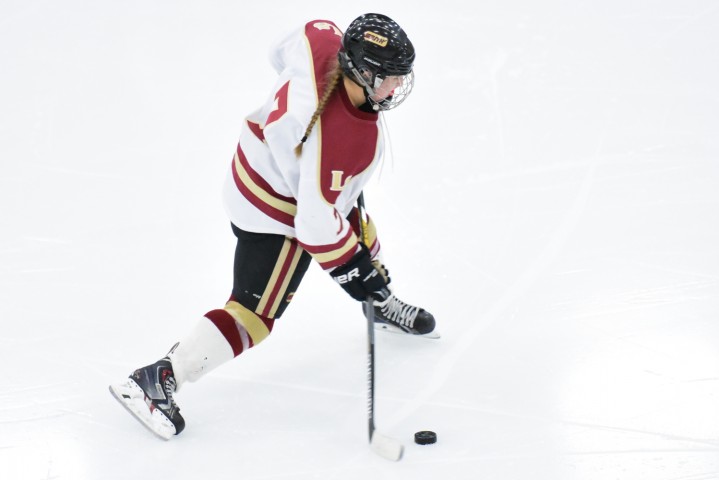 “I got the puck on my stick and I thought I just needed to finish this game for my team and when the puck went in, I was so thrilled and so excited,” Morse said of her game-winning goal.

Morse, who led the team with 23 goals in the regular season, gave her coach confidence as she had a one-on-one with Lakeville North goaltender Abby Cooper early in overtime.

“That’s the person we wanted with the puck in the clear,” Darwitz said. “As soon as (Morse) broke up that play in the neutral zone and turned the corner, we knew it was a done deal.”

While the Cougars are now headed to the Xcel Energy Center, a state appearance was far from a done deal for most of regulation. Lakeville North led for all of the second period and most of the third after Panther defender Taylor Flaherty scored with 4:07 left in the first period. Flaherty’s shot from the point brushed past Cougar goaltender Chloe Crosby’s glove and into the net.

An equalizer from Lakeville South seemed inevitable, though, as the Cougars kept Cooper under heavy fire most of the evening, taking advantage of the absence of Lakeville North starting defender Katarina Seper who sat out the game due to a concussion. Without Seper, the Panthers appeared to lack chemistry at times on defense.

Despite strong efforts by Flaherty and her sister Maggie, among others, defensively, Darwitz knew it would only take one Lakeville South goal to give her team the momentum it needed to move on to the Xcel Energy Center.

“They’re a really good defensive team so they wanted to pin us to the wall and they did a good job with that game plan,” Darwitz said. “As soon as we got that first one, I knew that game was ours. Lakeville North was running out of gas and they weren’t pursuing us offensively.”

That elusive first goal with 5:15 left in the third period came from sophomore Ellie Lauderdale who put the puck past an otherwise stifling Cooper, a finalist for the 2015 Let’s Play Hockey Senior Goalie of the Year Award.

“Their offense is their defense and they clogged the middle on us,” Darwitz said of Lakeville North. “We knew as soon as we got that through and on net, we had a really high opportunity for the puck to go in and we finally got it through. It was a huge goal for us and it lifted a lot of weight off our shoulders. We knew from that point on, the game was kind of in our hands.”

More specifically, in the hands of Morse, the only member of the Lakeville South hockey team with state-tournament experience, coming as an eighth-grader in 2011.

While she finished off the Lakeville North Panthers, Morse sees the ultimate finish as a reasonable possibility for the Lakeville South Cougars.