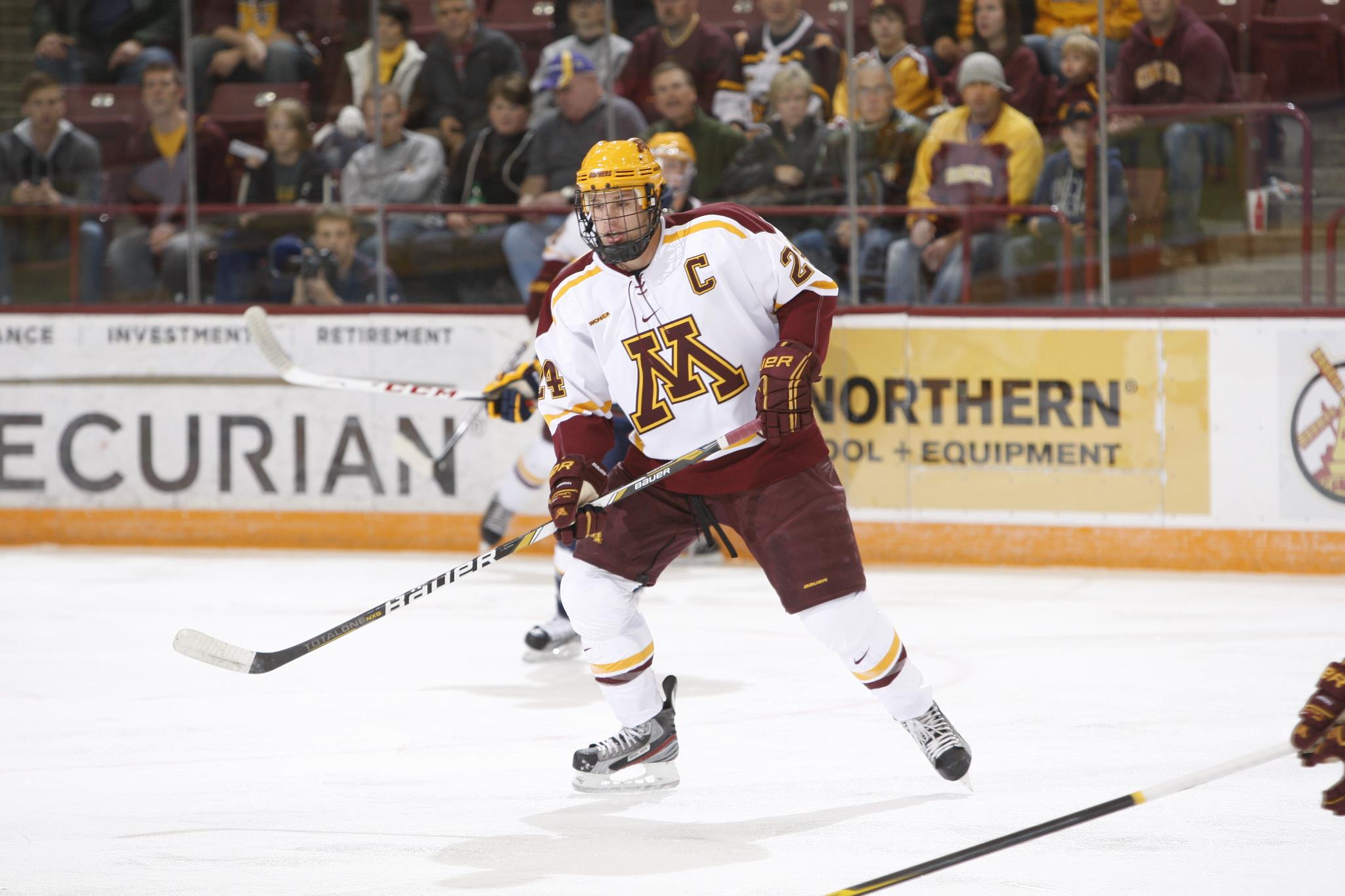 Zach Budish’s goal on Friday, the first of the season for the Minnesota captain, turned out to be the difference in a win over Minnesota State (Photo: University of Minnesota Athletics)

A Zach Budish power-play goal at 5:40 of the third period–Minnesota’s third of the night with the man advantage–lifted the University of Minnesota men to a 3-2 win over a plucky Minnesota State team in the first game of a home-and-home series between the in-state rivals at Mariucci Arena on Friday night.

“It was a good hockey game, we’ve just got to find a way to kill a penalty,” said Minnesota State coach Mike Hastings. “It’s something that we’ve talked about and we’ve got to get better at but I thought the compete was better tonight.” 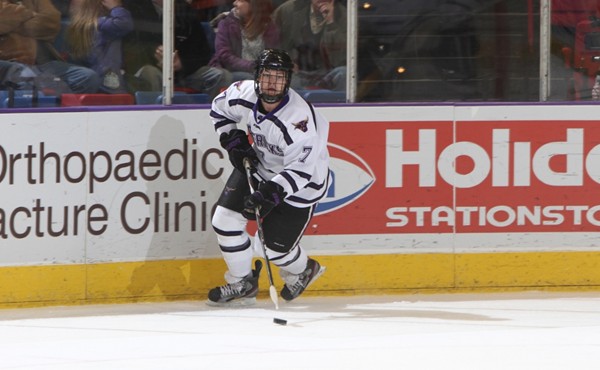 The teams traded goals in the first two periods with sophomore defenseman Zach Palmquist and freshman forward Teddy Blueger giving the Mavericks one-goal leads in each period. Palmquist’s first-period goal, off of a pretty back-door feed from Jean-Paul Lafontaine, was, itself, a power-play goal for MSU (2-3-2, 0-3-0 WCHA) which was 1-3 with five shots in such situations.

“I thought Teddy [Blueger] was good tonight, not only offensively, but defensively and I think I’ve got to find a way to get him more ice,” Hastings said of the rookie. “I thought he was a good hockey player tonight and he’ll get more ice tomorrow.”

But Travis Boyd and Nate Schmidt answered for the Gophers (5-1-0, 2-1-0 WCHA) with Schmidt’s blast from the high slot at 15:07 of the second tying the game 2-2 heading into the second intermission. After the Mavericks failed to clear their zone, Schmidt stepped around a would-be shot blocker and fired a rocket over Mavericks goaltender Phil Cook’s left shoulder.

Minnesota finished 3-6 with the man advantage firing nine shots on Cook who turned away 29 Minnesota shots in taking the loss, but played well and perhaps deserved a better fate.

“One thing about [Minnesota’s] power play is if you don’t get clears when you have an opportunity to clear, as you saw with Schmidt’s [goal], he can shoot the puck,” said Hastings. “If you give them another opportunity they have a tendency to, once you’re down, to be able to find late guys and he just shot it through them.”

The Mavericks were giving the Gophers all they could handle through 40 minutes but what Hastings referred to as his team’s “Achilles heel” cost them once again. Minnesota State’s Brett Knowles went off for interference 4:49 into the final period and Budish poked in a loose puck through a scrum just 51 seconds later giving Minnesota its one and only lead.

The Mavericks pressed hard late but were unable to bury the equalizer behind Minnesota goaltender Adam Wilcox who finished with 23 saves.

“Tonight was a step from the compete end but, at the end of the day, it’s about wins and losses and we’ve got to find a way to get that first win in the WCHA,” Hastings said.

The Mavericks get that chance tomorrow night in Mankato when they host the Gophers in the series finale.