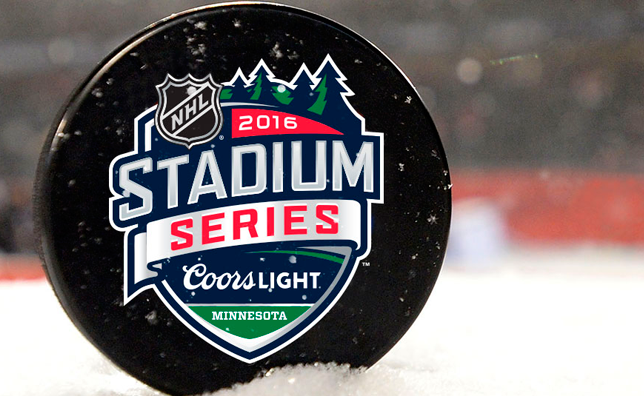 The National Hockey League announced details on Wednesday of the NHL Stadium Series game to be played between the Minnesota Wild and the Chicago Blackhawks on February 21, 2016 at TCF Bank Stadium in Minneapolis. NHL Commissioner Gary Bettman, Minnesota Wild owner Craig Leipold, and an assortment of Wild players including Zach Parise were a part of the media event emceed by KARE-11 sports anchor and Minnesota Hockey Magazine columnist Dave Schwartz.

“We are pleased to bring the Coors Light NHL Stadium Series to ‘the State of Hockey’ as a highlight of the Hockey Day in America triple-header on NBC and NBCSN and as part of USA Hockey’s national celebration of our sport, Hockey Weekend Across America,” NHL Commissioner Gary Bettman said. “With so much great hockey having been played on the University of Minnesota campus, TCF Bank Stadium will serve as an ideal setting for this outdoor renewal of the Wild-Blackhawks rivalry.”

This will be TCF Bank Stadium’s second time hosting an outdoor hockey event. The 2014 Hockey City Classic featured the University of Minnesota women’s and men’s teams battle Minnesota State Mankato and Ohio State respectively. The event drew 45,021 fans to the event and remains the largest crowd to witness a hockey game in Minnesota.

Team Chicago will feature Blackhawks alums such as Eddie Olcyzk, Ed Belfour, Denis Savard, and Jeremy Roenick. The team will be coached by Tony Esposito and Pat Foley.

Priority access for tickets will be given to Minnesota Wild, Chicago Blackhawks, and University of Minnesota football season-ticket holders. Information will be sent to those holders in the coming days while any general public ticket availability information will be released at a later date. 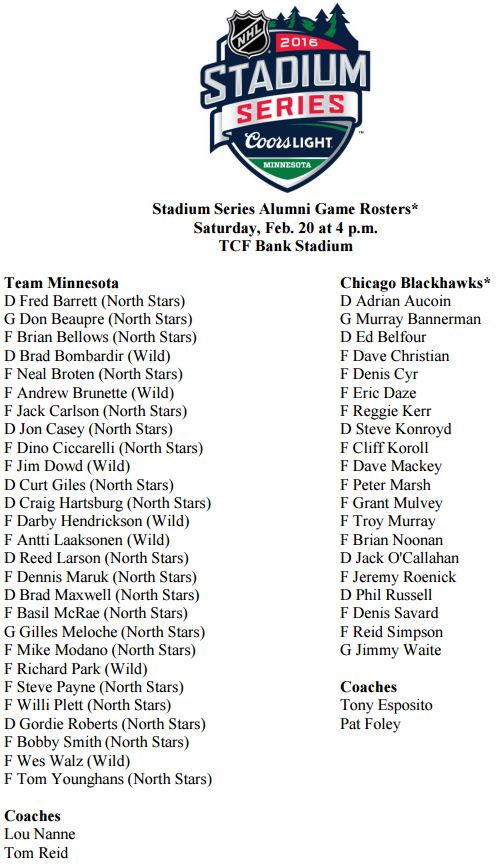