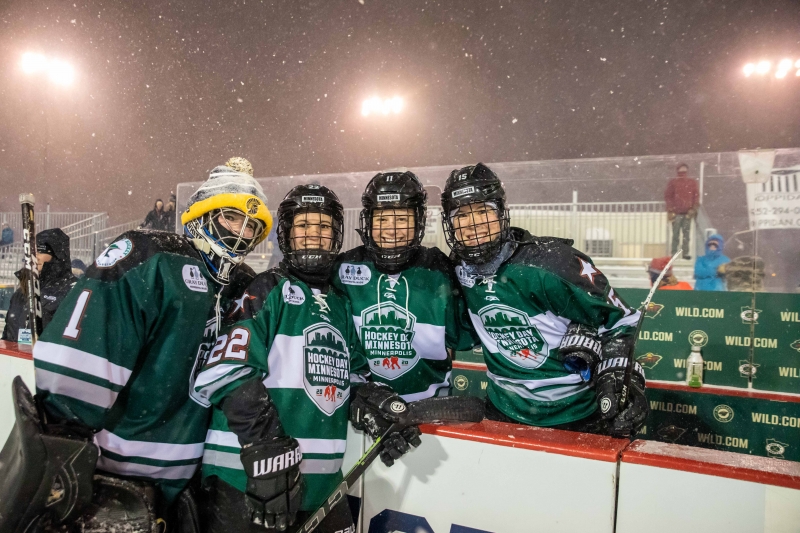 MINNEAPOLIS – The blue lines weren’t visible. Neither were any of the faceoff circles. The ice surface for the rink at Parade Stadium was completely covered with falling snow that blew around in the air like a snow globe throughout the entire State of Hockey Women’s All-Star Game Friday evening.

What a setting for Hockey Day Minnesota, even if it made actually playing the game a bit more difficult.

“But I will tell you that most of these kids grew up playing at some point outside when they were young.” 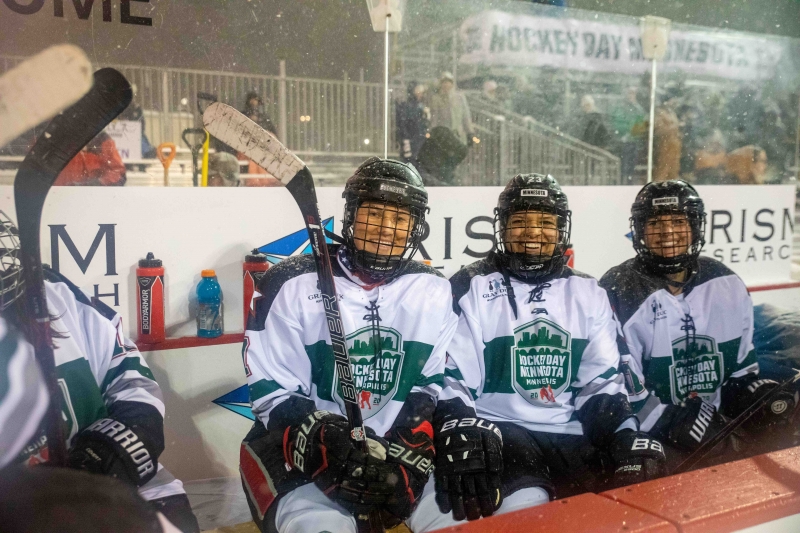 Indeed, Taylor Williamson played at an outdoor rink at Walnut Ridge Park near her house in Edina. Playing there until the lights went out is something she points to and credits for all the skill and creativity in her game. And one of her teammates Friday, Warroad’s Gigi Marvin, certainly is no stranger to playing in extreme-weather conditions.

“I’m used to it,” Marvin said. “I’ve done that hundreds of times up north. And actually we have way more wind up there. So it was nice not having a wind.”

Scheduled two-minute intermissions were extended a bit as crews hit the ice with shovels and snow blowers to try and clear the playing surface off as best as they could. The snow was so steady that it was tough to make out the downtown skyline view that serves as the backdrop for Hockey Day Minnesota.

“It’s definitely tough, but it’s the fun part about being a part of Hockey Day Minnesota and playing outside,” Williamson said. “So it was super fun.”

Despite the blizzard-like conditions that might have kept some hockey fans away, there were a few pockets of cheering sections for the women’s game. Williamson, a former Gophers player and current Wayzata girls’ high school hockey coach, held practice with her team earlier in the day before it was off to Parade Stadium.

“My assistant coach Blair (Parent) was on the other team,” Williamson said. “So they wanted to come and watch us play, which was awesome.”

They had plenty to cheer about with Williamson’s goals. On a night when clouds of snow shot up from the ice as the puck moved along, it was all about “just doing what you’ve got to do to get the puck to the net, for sure,” Williamson said.

The Bloomington Jefferson high school girls’ team also showed up to support two of their assistant coaches, Kelly Pannek and Kelsey Cline. They were on different teams, too, with Cline skating on the winning Team Minnesota. Some of the girls held up signs to show their support as well, with one reading: “We just hope both teams have fun.”

The teams were made up of a bunch of current Minnesota Whitecaps players, plus former Gophers women’s hockey players and plenty of Minnesota ties. Whitecaps assistant coach Laura Slominski coached Team Minneapolis. Former Park Center and Gophers standout Krissy Wendell was slated to coach the other team but was home was a sick child, so Gorg stepped in.

Marvin was bummed Wendall couldn’t be there but enjoyed her replacement, too.

“He’s hilarious,” Marvin said, of Gorg. “He had some good one-liners.” 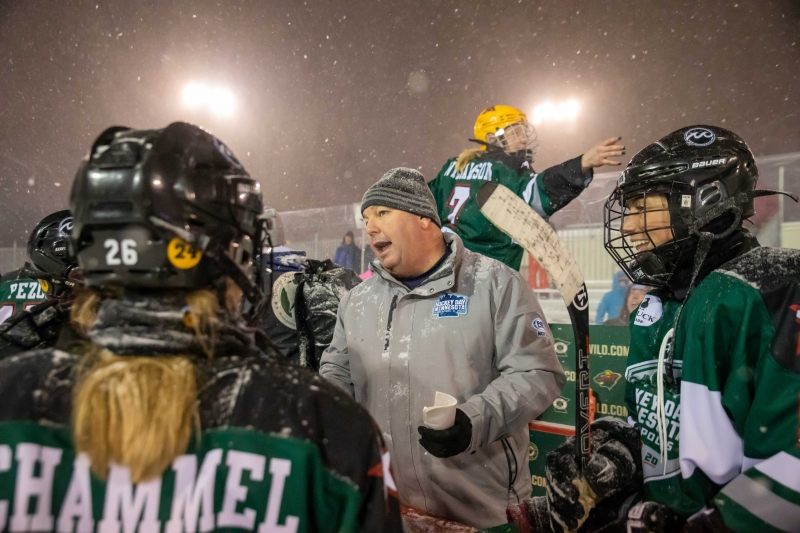 Any expert coaching advice? Nah, Gorg said he just tried to stay out of the way. He was behind the bench coaching a lot of players he’s known since they were in high school, like goaltender Julie Friend and Erica McKenzie. Coaching as part of Hockey Day Minnesota was “a bonus” for Gorg, a report and hockey analyst with Fox Sports North.

For the Whitecaps (10-4-2) players, they will head back indoors this weekend, taking on the Connecticut Whale (1-13-2) for a pair of afternoon games Saturday and Sunday at their home TRIA Rink in downtown St. Paul.

Marvin, who previously played in for the Boston Pride in the NWHL and is now part of the PWHPA, said the experience Friday was just a cool one all around, especially being able to reconnect with friends/teammates she hadn’t seen in a while.