The only real tool a coach has is playing time 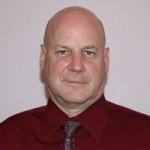 I was recently called in by a coach to address the problems on his basketball team. Once again, the team, the sport, the organization are unimportant. If our paradigm is true, and it is, then it should be applicable to sports, activities, business and life.

He was having problems with one of his players. The layer in question was a good kid but was not performing to the coaches expectations. He could see the frustration on his players face in practice and scrimmage.

I attended one game and one scrimmage and the answer to his problem was quite simple, however, by no means, was it going to be easy.

Here was the real problem. The player in question, arguably the best player on the team, was kept in games no matter what he did. Even when he made a mistake, he was not pulled out of the game. (Now I am not saying he should be pulled out always after every mistake, or any player should be pulled out for a mistake, but there should be consequences, and they should be immediate) Instead the coach would turn to players on the bench and lecture them about the mistakes on the court. You should have seen the look on the players sitting on the bench after the coach turned around. They could not have cared less!!.

So after the game I take the coach out to a diner and we sit down and chat. I did not want anyone to hear our conversation, or have the coach feel nervous around his people. I stayed in the background the whole time.

I wish I would have recorded this conversation, but as soon as I left I wrote this all down. I am trying to get this as close as possible to the actual conversation, but I’m old, my hand writing is awful, and I keep getting distracted thinking about more things to talk about.

I asked the coach why he didn’t pull the player put of the game. He said he did not want his player to feel his starting position was in jeopardy. I said no one has a starting position locked; only the spots themselves are assured because someone has to start. Starting positions are fluid. I then asked him if he thought that you ran fastest when you were being chased. He smiled, he got it!

He then told me about having another player talk to this player to assure him about his importance to the team. I explained to him that if that player needed reinforcement by another player to play well there was no way he was the team’s best player. Besides it is the coaches’ job not another player’s job to talk to the player.

The next question really floored me. He said that he had players on his team that couldn’t start and that they really didn’t have the talent to push the starter. He had told these players their roles at the beginning of the season. WHAT? I said why don’t you ask one of those players who you think can’t play if they want a chance to start? Tell them they are going to get a chance to start the next game if they give their all in practice. Now he was STUNNED!

The only real tool a coach has is playing time. Everything else is subjective. Inter team competition is the best way to bring that out in all your players.

Next week, what happened when the F.S.T. M. was implemented.