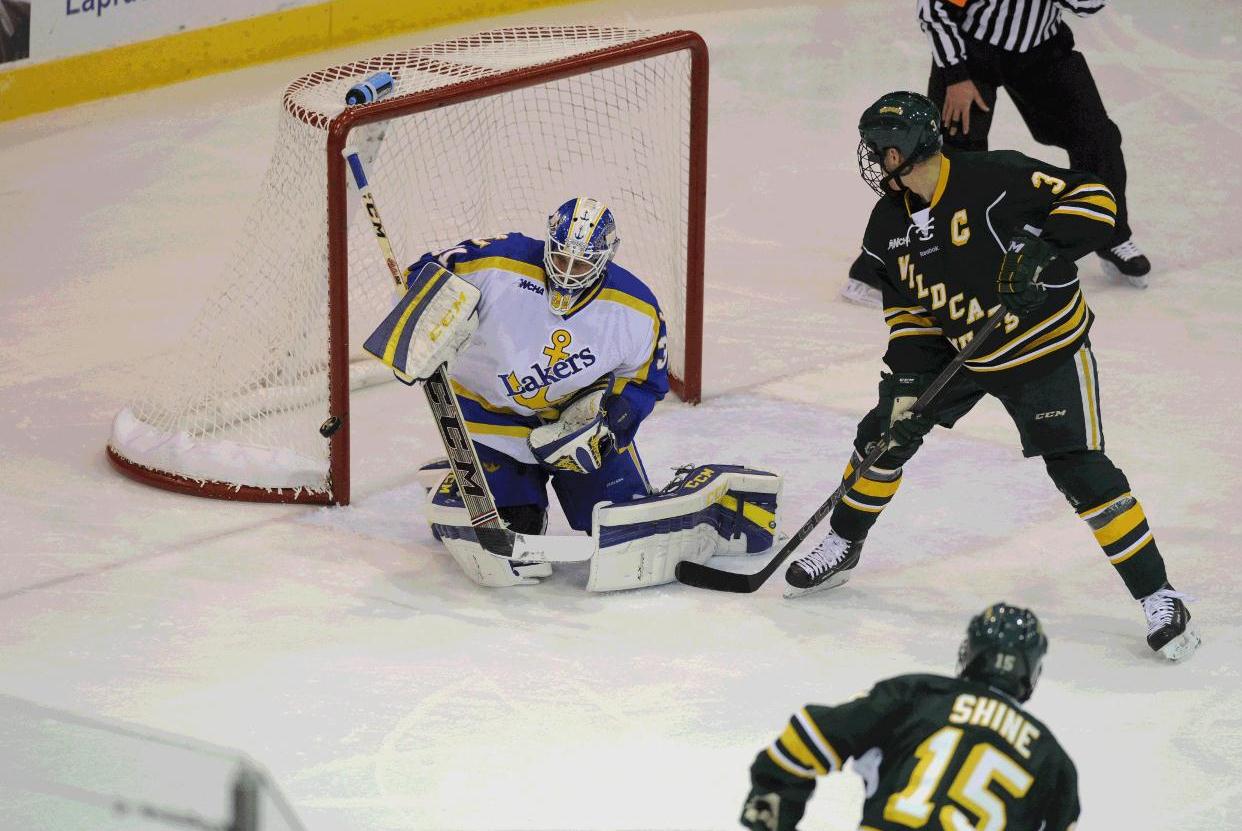 Lake Superior State freshman goaltender Gordon Defiel has been named the WCHA’s Defensive Player of the Week after the Stillwater native stopped 67 of 68 shots against Cornell and Notre Dame in leading the Lakers to Florida College Hockey Classic title in Estero, Fla. Half of those saves came in the third period or overtime with 19 of those securing Defiel’s second career shutout in LSSU’s tournament-opening 1-0 shootout win over the Big Red.

In the championship game, Defiel made 14 of his 28 saves in the final 20 minutes to thwart a furious Irish rally and preserve a 2-1 Laker win. The performance earned Defiel (4-15-1) the Shawn Walsh Memorial Trophy in recognition of the Tournament’s Most Valuable Player.

The trophy is named in honor of former head coach of Maine, the late Shawn Walsh.

A 2011 graduate of Stillwater Area High School, Defiel went 20-21-1 with a 3.69 goals-against average and .887 save percentage during the 2013-14 regular season for the Coquitlam Express (BCHL). His game picked up significantly in the 2014 playoffs, however, as Defiel led the Express to the Fred Page Cup title (BCHL Championship) while posting an impressive 14-5 record with a 2.69 GAA and .922 save percentage.