Outdoor 3-on-3 tournament to coincide with annual tent event. 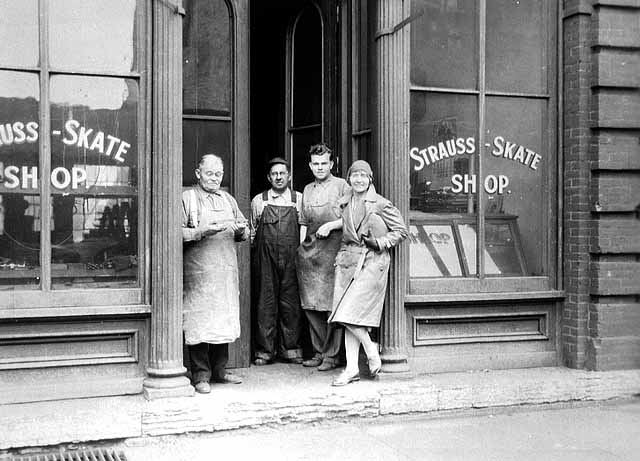 Outdoor 3-on-3 tournament to coincide with annual tent event.

A carnival of savings await all who venture under the big top at the Strauss Skates and Bicycle’s Preseason Event and Tent Sale celebrating the iconic independent sporting goods retailer’s 127 years serving St. Paul and its suburbs. Nearly all merchandise will be marked down 10 to 70 percent off from Friday, Sept. 5 through Sunday, Sept. 7 at its 1751 East Cope Avenue location along Highway 36 near White Bear Avenue in Maplewood.

The savings extend to bicycle, inline, and lacrosse related gear as well.

Perhaps the signature event is the first annual Boogaard’s Backyard Showdown, a 3-on-3 tournament outside on synthetic ice named in honor of the dog Strauss’ regular patrons are familir with making his rounds throughout the store. Play will begin one day prior to and run concurrent with the tent sale: Thursday, September 4, through Sunday, September 8.

The tournament will have four divisions, two for youth (squirt and peewee) and two for adult (upper and lower). Youth teams will play in their 2014-2015 association hockey season age division. Adult team divisions will be set after most or all teams have registered). Each team will have three guaranteed games and a maximum of 7 players. No goalies–goals will be pond hockey style.

Games are about 30 minutes (3-minute warmup, two 12-minutes halves with a 1-minute intermission). No referees, but an official will be onsite and his word on scoring and penalties is final. Cost is $240 per team and all participants will receive a swag bag including a jersey, t-shirt and hockey supplies.

Click Here to Register Your Team Now or stop in and register at Strauss.

The Strauss name has been synonymous with skating and cycling for more than a century going back to 1888 when John Strauss Sr. manufactured and sold his first pair of figure skates using the family’s secret steel-hardening process he learned during his time working in an arsenal in Naples, Italy. His blades became so popular nationally and internationally that three-time Olympic gold medalist, Sonja Henie of Norway, was a Strauss customer and blades arrived in St. Paul from as far away as England to simply be sharpened by Strauss. 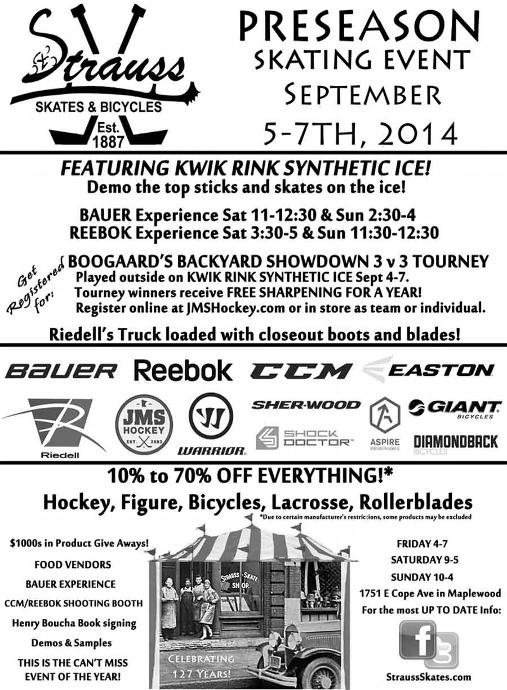