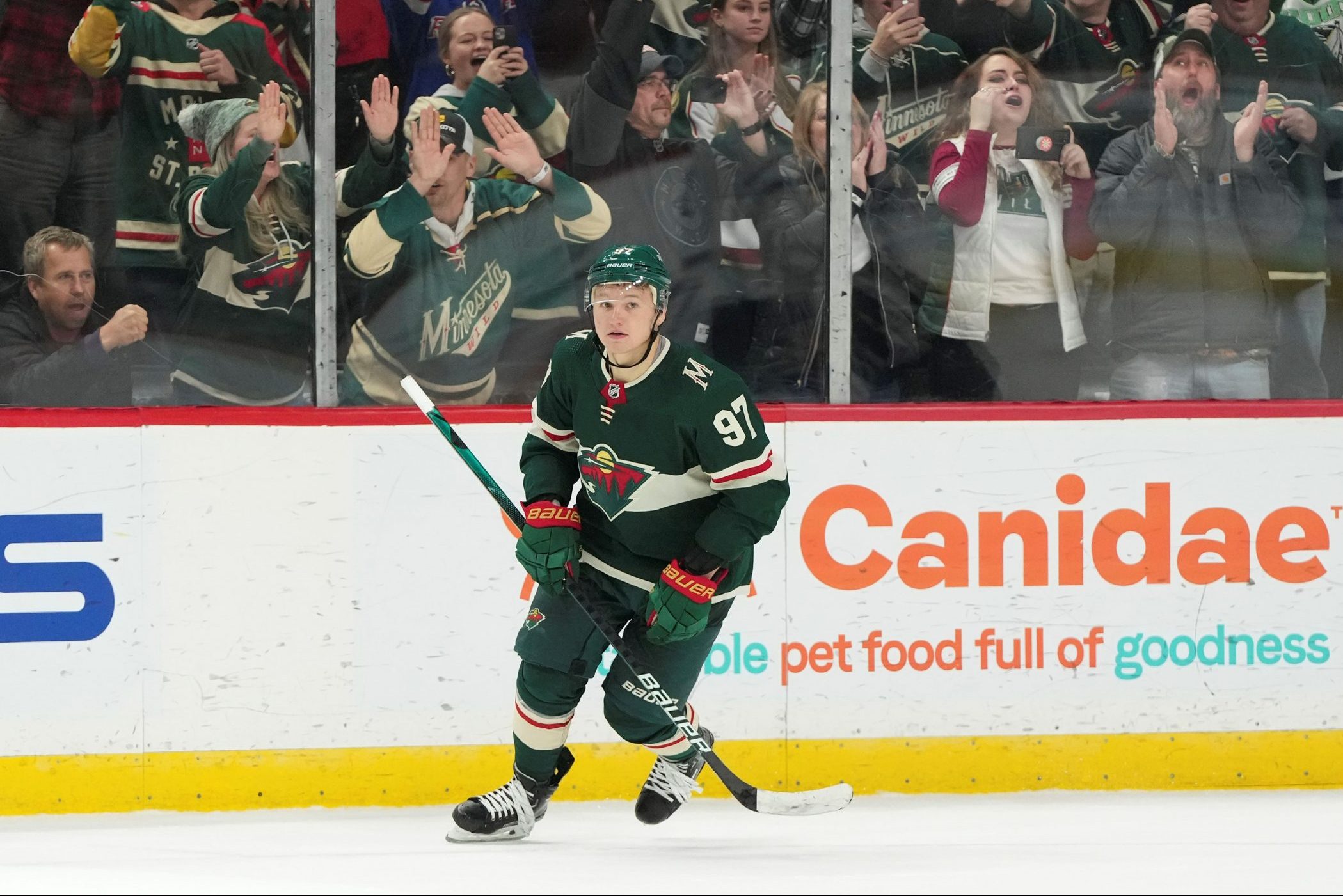 Staying seated is a tough task anytime 'Kirill the Thrill' is on the ice. (MHM Photo / Rick Olson)

The Minnesota Wild made Marian Gaborik their first-ever pick (third overall) in the 2000 NHL draft. The talented winger rewarded them with 219 goals (still the franchise record) and 437 points in 502 games over eight seasons. At his best, and when he wasn’t battling injuries, Gaborik played at a star level based on his speed and ability to find the back of the net. He scored 30 or more goals in five of his seasons with the Wild, including a franchise-record 42 in 2007-08. 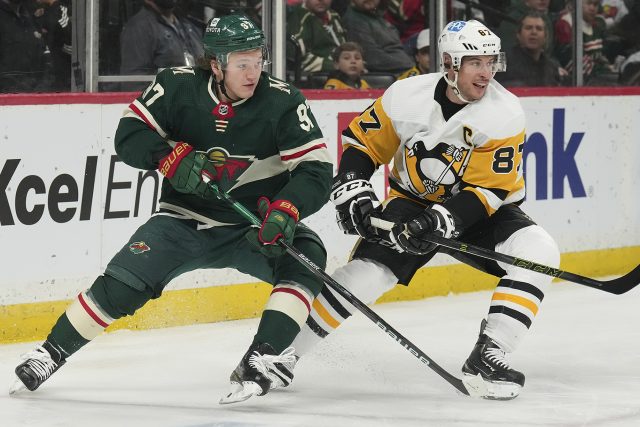 After two decades, the Minnesota Wild finally have a player who can go toe-to-toe with the league’s best. (MHM Photo / Rick Olson)

The problem was that 11 seasons after he departed Minnesota, Gaborik remained the only Wild player who had the ability to bring fans out of their seats. Twenty years after its birth, the franchise was still looking for its first superstar. That search is finally over.

One season after winning the Calder Trophy as the NHL’s top rookie, and 122 games into his time with the Wild, Kirill Kaprizov has established himself as a Top 10 player in the league and the best player in Wild history.

Gaborik was an exciting player but his game wasn’t as complete as the 24-year-old Kaprizov’s. How can that statement be made with such certainty? Name one thing Kaprizov doesn’t do well? One part of his game where you think it’s truly lacking? We’re not talking about the odd off night when Kaprizov doesn’t register a point, we’re talking about an area where he’s deficient.

Kaprizov didn’t register a point in the Wild’s 5-1 victory on Sunday in Washington, ending a franchise-tying six-game goal scoring streak. He had a goal and an assist a night earlier in a 3-1 victory at Carolina that put his season-point total at 85, breaking Gaborik’s single-season mark of 83 set in 2007-08. The Wild still have 14 games remaining and Kaprizov’s 39 goals trail Gaborik and Eric Staal’s single-season franchise record by three. He is sixth in the NHL in points and tied for seventh in goals. 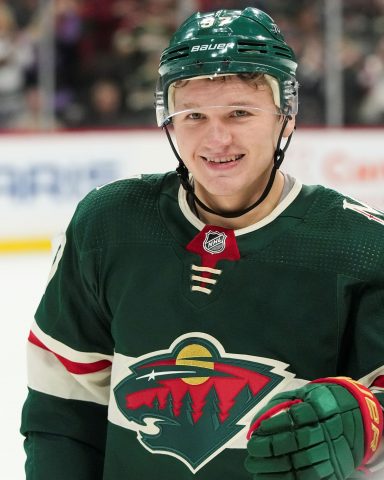 If Kaprizov’s talents ended with his goal scoring that would be impressive enough, but he’s just as likely to make a spectacular pass, or leave opponents dizzy as he uses his speed to skate circles around the net. Kaprizov’s 46 assists put him only four shy of tying Pierre-Marc Bouchard’s team record of 46 set in 2007-08. So why not knock down the 5-10, 202-pound left winger before he can do all of this damage? If you are quick enough to catch him, the stronger-than-he-looks Kaprizov will be more than happy to level you first and will often do so with a reverse hit. Get in his face and he’ll get right back in yours.

Kaprizov isn’t going to be outworked, he isn’t going to be intimidated and he certainly isn’t going to lose many (if any) skill battles. The next step for the former KHL star, who was a fifth-round pick of the Wild in 2015 but didn’t sign until July 2020, will be carrying over his regular-season dominance to the playoffs.

After getting 27 goals and 51 points in the pandemic-shortened 2020-21 season, Kaprizov had only two goals and an assist in the Wild’s seven-game loss to Vegas in the first round of the playoffs. The lack of postseason success did not overshadow a spectacular season in which he led NHL rookies in scoring, goals, power-play goals (eight) and shots on goal (157), but it did serve notice of exactly how much more focus is put on superstar players come springtime.

The Wild’s first-round opponent this season undoubtedly will have a plan to slow Kaprizov, along with linemates Mats Zuccarello and Ryan Hartman, and it will be up to that line to overcome the obstacles. It helps that the Wild’s second line of Kevin Fiala, Frederick Gaudreau and Matthew Boldy (it’s Tyson Jost right now with Boldy injured) also has the ability to be an offensive threat.

But if Kaprizov is going to take the next step, he will thrive in the place the Wild so often have failed. Kaprizov has found himself under the microscope before and ended up thriving. He signed a five-year, $45 million contract with the Wild right before training camp and then did not score a goal in his first eight games.

He did have six assists but was a minus-3 and it was hard not to think about the potential impact the big contract was having on Kaprizov’s play. Only Kaprizov never seemed bothered by this and accumulated six goals and 16 points, with a plus-8, in the next 12 games. This is how you make the second-guessers disappear. 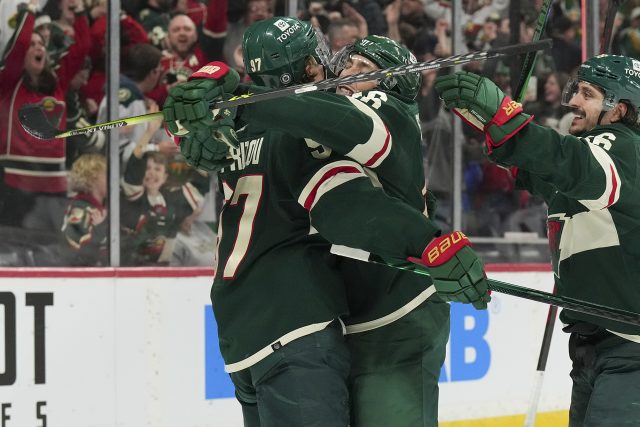 Scenes like this have featuring Kirill Kaprizov and Mats Zuccarello (and a rotating cast of characters like Jared Spurgeon) have become commonplace at Xcel Energy Center. (mhm Photo / Rick Olson)

Like many great players, Kaprizov has a Robin to his Batman. Zuccarello, who is almost 10 years older than Kaprizov, seems to share a very similar hockey brain. Show up at Xcel Energy Center for the Wild’s pregame warmups, and you will see Kaprizov and Zuccarello put on a passing display that continues long after most of their teammates have returned to the locker room. The chemistry continues once the game begins.

Zuccarello’s 20 goals are his most since the 2015-16 season and his 49 assists (21 have come on Kaprizov’s goals) and 69 points are career highs. Zuccarello would be accused of being too pass happy on almost any other line, but not this one.

“We’re kind of the same person,” Zuccarello said after his goal off Kaprizov’s setup Saturday enabled the latter to break Gaborik’s points mark. “I’m a little bit older, but he keeps me young. He keeps me on the ice. He’s competitive. We both are. We like to be on each other, chirping each other a little bit. We have a good relationship. It’s not often you find someone you click with that well, on and off. It’s special for me.”

The Wild’s success this season isn’t a fluke and this team has the ability to make a playoff run. That success starts with the fact that 21 years into their existence the Wild finally has found its superstar.