Guerin gambles on veteran Reaves to light a fire under Wild 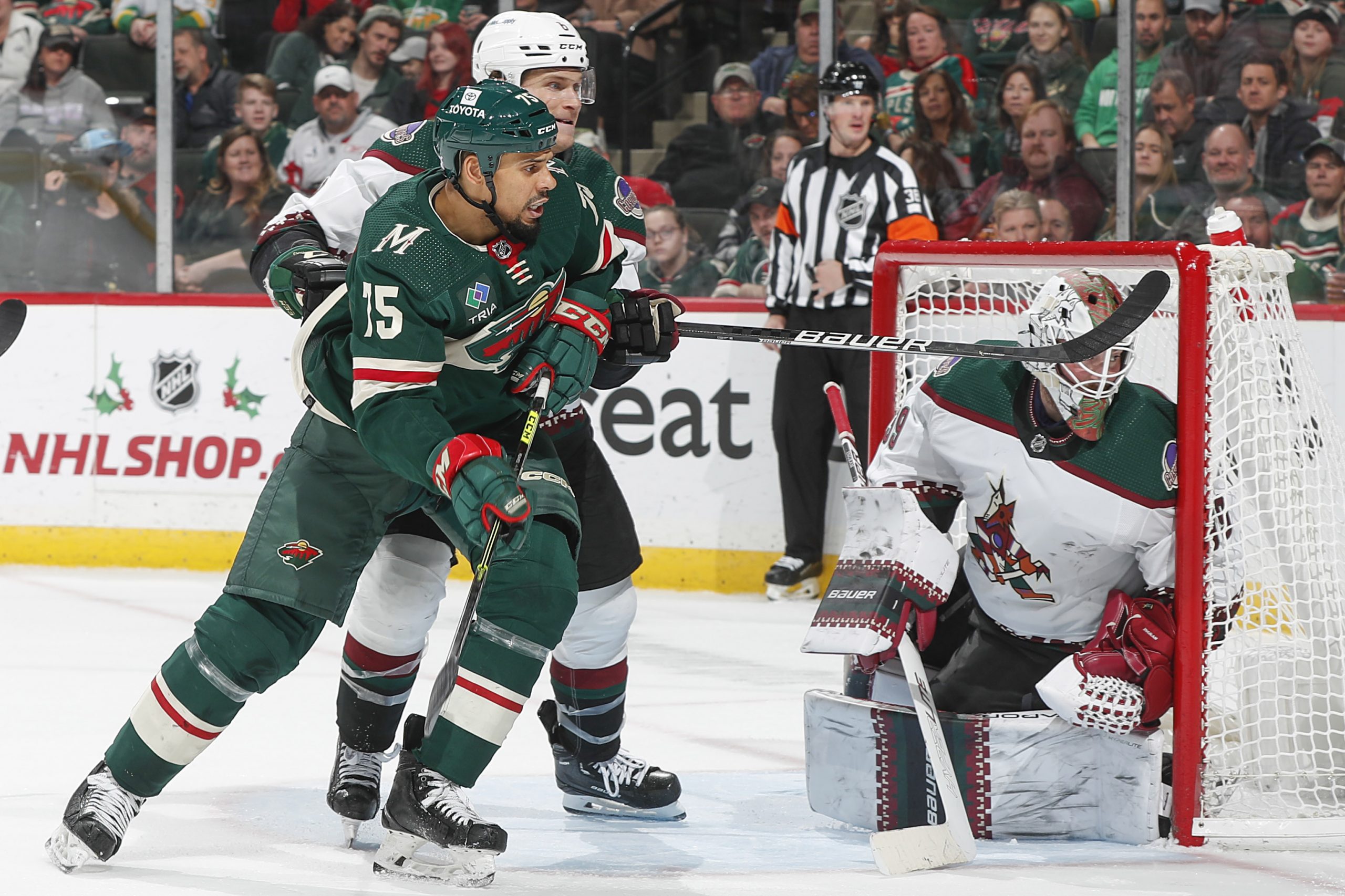 Ryan Reaves will turn 36 in two months, he had no points in 12 games with the New York Rangers this season and was scratched eight times in a nine-game span before being informed last week that he had been traded to the Wild for a fifth-round selection in the 2025 NHL draft.

So why did general manager Bill Guerin want to acquire a winger who will be playing for his fifth team in 13 seasons and is known more as a pugilist than a hockey player? Because Reaves provides energy, a big personality and a swagger that the Wild had been missing. Those were Guerin’s words and he’s hoping Reaves’ presence, a big one at 6-foot-2, 225 pounds, will impact the Wild on and off the ice.

While Reaves couldn’t get out of the press box in New York, he immediately joined a line centered by Joel Eriksson Ek with Marcus Foligno on the other wing. Reaves had no points and was a minus-1 with two penalty minutes in 12 minutes, 3 seconds of ice time in his Wild debut in a 4-3 loss to Toronto on the day after Thanksgiving at Xcel Energy Center. The Wild rebounded for a 4-3 win over visiting Arizona on Sunday as Reaves was a plus-1 in 14:54 of playing time.

How long coach Dean Evason will leave Reaves on this line — Jordan Greenway has returned from injury and often has played with Eriksson Ek and Foligno — remains to be seen. There also will be opponents where it might make more sense to get a faster winger into the lineup at Reaves’ expense.

But Guerin’s decision to make this trade spoke volumes about just how passive the Wild had been this season. There are likely a variety of factors for this. The Wild have some scrappy players, especially on the fourth line, but they weren’t that big of team and certainly didn’t seem that tough to play against. Reaves will change that and also free up Foligno of being the resident tough guy. 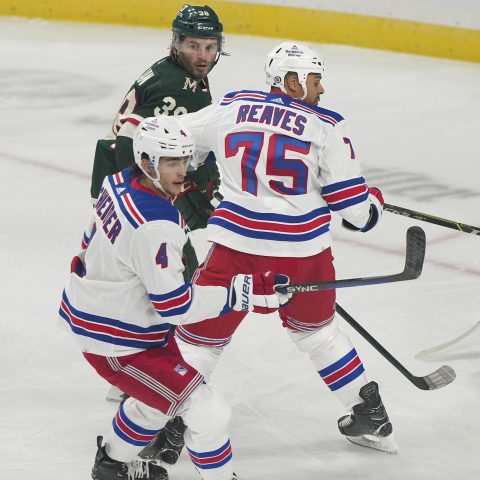 One of the 12 games Ryan Reaves dressed for New York this season was the Wild’s season-opening 7-3 loss to the Rangers on Oct. 13 at Xcel Energy Center. (MHM Photo / Rick Olson)

Foligno had a career-high 23 goals in 74 games last season, but has only three in 16 games this year. Two of those came against Winnipeg last Wednesday on the day in which Reaves was acquired. Last March, Guerin traded a 2023 third-round pick to Anaheim for tough-guy winger Nicolas Deslauriers. The trade didn’t work out as hoped, and the Wild was eliminated by St. Louis in the first round of the playoffs, before Deslauriers signed a four-year, $7 million free agent deal with the Flyers in the offseason.

While Deslauriers appeared to be a good fit in the locker room, that acquisition was based on trying to make the team tougher against opponents and give Foligno some assistance. The Reaves trade has more to do with providing an internal spark to a group that has felt blah at times.

Why the Wild lost their swagger isn’t exactly clear. The loss of winger Kevin Fiala cost Minnesota a goal scorer but it’s not as if Fiala was seen as a leader. Reaves’ addition will be similar to when the Timberwolves added Patrick Beverley last season. Beverley might not have been the Wolves’ best player but he was the most demanding when it came to effort and he knew how to hold guys accountable.

The Rangers acquired Reaves from Vegas in July 2021 because they needed a veteran with swagger in their locker room at that time. The fact opponents are always aware when Reaves is on the ice probably doesn’t hurt either.

Guerin still would like to find a top six forward who can score — that won’t be easy given the Wild’s salary cap situation — but, even if that happens, this doesn’t appear close to being the team that had a franchise-record 113 points last season. The playoff race in the Western Conference is shaping up to be closely contested and the Wild showing more spark would be help.

“(Reaves is) a big personality,” Guerin told reporters. “I think right now, that’s something our team really needs. I mean, we’ve always had good guys, good teammates, and things like that. I just feel like we could use you know, a little shot of that, and I think he definitely supplies it.”

For a fifth-round pick, it’s worth the gamble that Reaves will help the Wild get their mojo back.